The Fascinating History of the Mobile Food Truck August 30, 2019 Once considered a cheap food option for people in a hurry, mobile food trucks have exploded in popularity. These days, you can find mobile kitchens parked in almost every city in the country, offering innovative, gourmet cuisine to millions of Americans. While the last decade may have sparked the golden age of food trucks, they actually have a rich tradition that started over a century ago. Here’s what you need to know.

The Origins of the Food Truck

All over the world, chefs serve food from mobile carts, but the modern food truck likely began in 1872, when an entrepreneur named Walter Scott parked a specially outfitted, covered wagon in front of a Providence, RI, newspaper office. From there, he served premade sandwiches, coffee, and pies to journalists and pressmen who didn’t have time to go to a restaurant.

In 1888, a young Massachusetts man named Thomas H. Buckley began making and selling lunch wagons of his own, many of which featured mahogany trim, colored windows, and brass finishings. Soon, Buckley had wagons in 27 cities, which many people consider the first national chain. 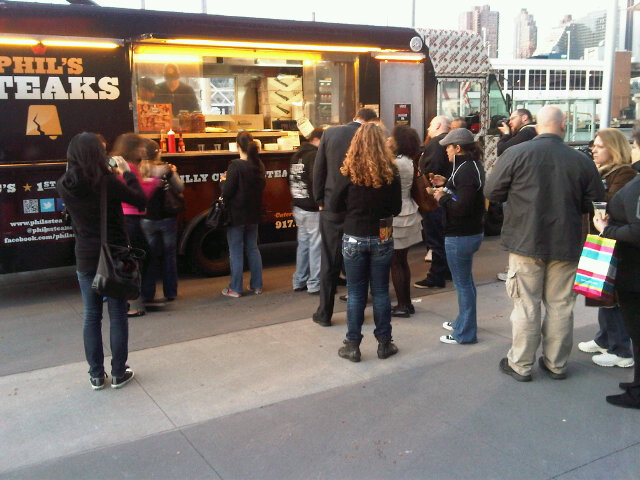 Throughout the 20th century, mobile food trucks mainly served premade food at construction sites and other blue-collar workplaces. Although they took advantage of vehicle advancements over the years and featured refrigerators and other appliances, the fare offered didn’t evolve much beyond their 19th-century predecessors.

The 2008 Recession That Sparked the Food Truck Boom

The economic recession forced many talented chefs out of the restaurant business and made many more reconsider trying to open their own place. At the same time, Roy Choi introduced Kogi BBQ®, an innovative, beautiful truck that offered a gourmet fusion of Korean barbecue and Mexican tacos. The recipes and innovative truck caught national attention, and he launched a fleet of mobile food trucks across the nation.

In the 21st century, many brilliant chefs now consider food trucks an attractive, less expensive, and more profitable route to getting their creations in front of hungry customers. As a result, food trucks now offer some of the most innovative, delicious cuisine in the country, with an ever-increasing variety of new dishes and revolutionary flavor combinations.

Mobile food trucks are a booming industry, and Shanghai Mobile Kitchen Solutions offers some of the most innovative, user-friendly, and eye-catching designs in the business. Based in New York City, they’ve helped aspiring chefs in Boston, Philly, New Jersey, Maryland, and North Carolina bring their food truck dreams to life. Visit their website for some samples of their work, follow their Twitter for more tips and advice, and call (800) 253-4815 to discuss your vision with a member of their team. If cooking is your passion, opening your own restaurant can be lucrative. Getting a mobile food truck is an excellent first step in making that a reality. They do...read more
How to Get a Mobile Food Truck License in Maryland Mobile food trucks are popping up all across America, dishing up everything from burgers to tacos. If you’re a Maryland-based cook or restaurant owner and thinking of starting o...read more
A New York Mobile Kitchen Inspection Checklist

Mobile food trucks provide exciting opportunities for aspiring entrepreneurs, especially in a vibrant market like New York. However, there are state food safety qualifications your m...read more
5 Pieces of Equipment Needed to Start a Food Truck Found at every music festival, college campus, and business district, food trucks have become more and more prevalent over the years. For chefs and aspiring restaurateurs, they’re a ...read more
A Guide to Food Truck Menu Design If you own or manage a mobile food truck, you might want some assistance with designing the menu. The presentation of your food items can have a powerful effect when it comes to...read more
Like us on Facebook
Follow us on Twitter
Review us on Yelp
Review us on Google