Patrons Never Know Who They Will Bump Into at NYC's Top Liverpool Pub January 12, 2016

Carragher’s Pub & Restaurant, New York City's best Liverpool pub, is a venue that embodies a little bit of everything. It offers a family-style environment, a friendly hub to watch Liverpool soccer games and other major sporting events, and serves up some of the most delectable, hearty food dishes and beer selections in the city. But this sports bar boasts more than just a tremendous atmosphere, delicious food, and thrilling soccer games — it's also a place where current and former players come in to visit!

Carragher's Pub & Restaurant, nominated for the "Best Premier League Bar in America" award, has consistently remained the hottest location for Liverpool action in New York City. It's so hot, in fact, that the sports bar is frequented by some of the most memorable players of Liverpool. Carragher's Pub & Restaurant invites locals and tourists alike to stop by for a cold brew. And you never know, you just might end up sitting next to one of the players at the bar! 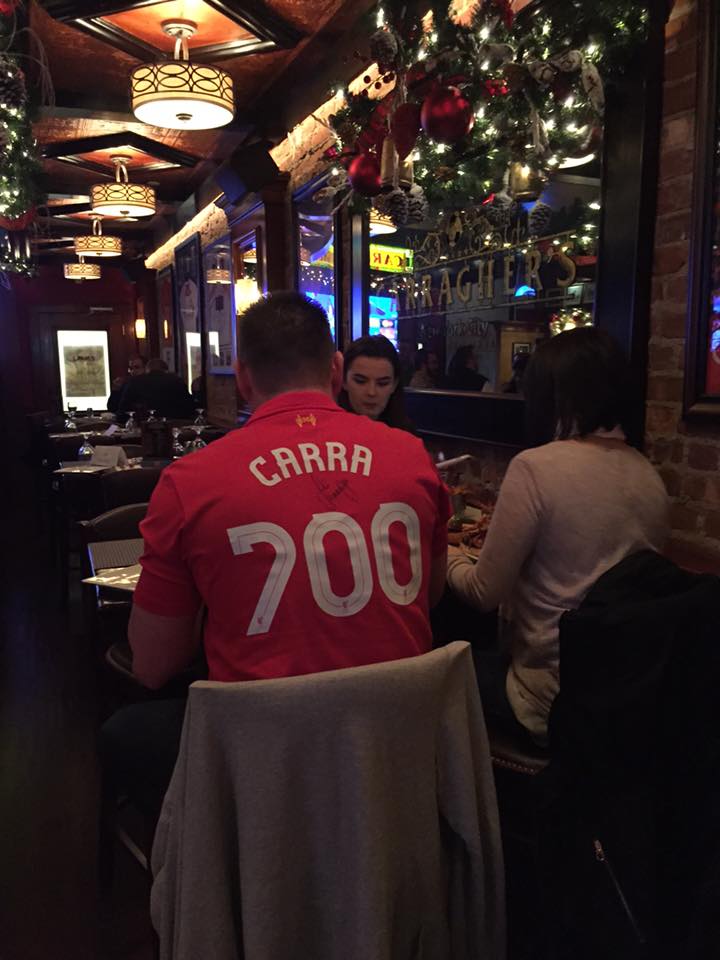 It's also not uncommon to spot more than one player dining out at Carragher's Pub & Restaurant. Soccer fans can be a part of the action by grabbing drinks at the sports bar and rubbing elbows with some of the best soccer athletes alive. And don't hesitate to ask the friendly staff and bartenders about the best beer choices and what the soccer players love to drink when they come to Carragher's Pub & Restaurant.

To learn more about the games they are screening or to make a reservation, call the sports bar today at (646) 370-1545. Don't forget to visit Carragher's Pub & Restaurant's official website and like them on Facebook to check out happy hour, menu items, and more.