When you walk into an American pizza shop, you'll be faced with plenty of toppings but often just two main styles: regular and Sicilian. While the first pie is a circle with triangular slices, the second is a rectangle with thick square slices. However, few diners know the difference between these styles or how Sicilian pies originated. If you're interested in expanding your pizza knowledge, dive into this guide.

What Is Sicilian Pizza?

In Sicily, pizza dough is made from yeast, flour, water, and olive oil. This creates a fluffy, thick dough that's similar to focaccia. Once it has risen, it's placed into an oily square pan with high sides.

Instead of tomato sauce, the crust is topped with a mixture of onions and olive oil. Then, authentic Sicilian ingredients, such as tomatoes, anchovies, red pepper flakes, and oregano, are added. Finally, a blanket of breadcrumbs is sprinkled on, followed by grated cheese. As the pizza cooks, the bottom of the dough fries in the olive oil, resulting in a deliciously crisp crust.

The Americanized version of Sicilian pizza is topped with a red tomato sauce and mozzarella cheese before it's baked in the oven. Many pizzerias also add pepperoni and other popular toppings.

How Did It Come to Be? 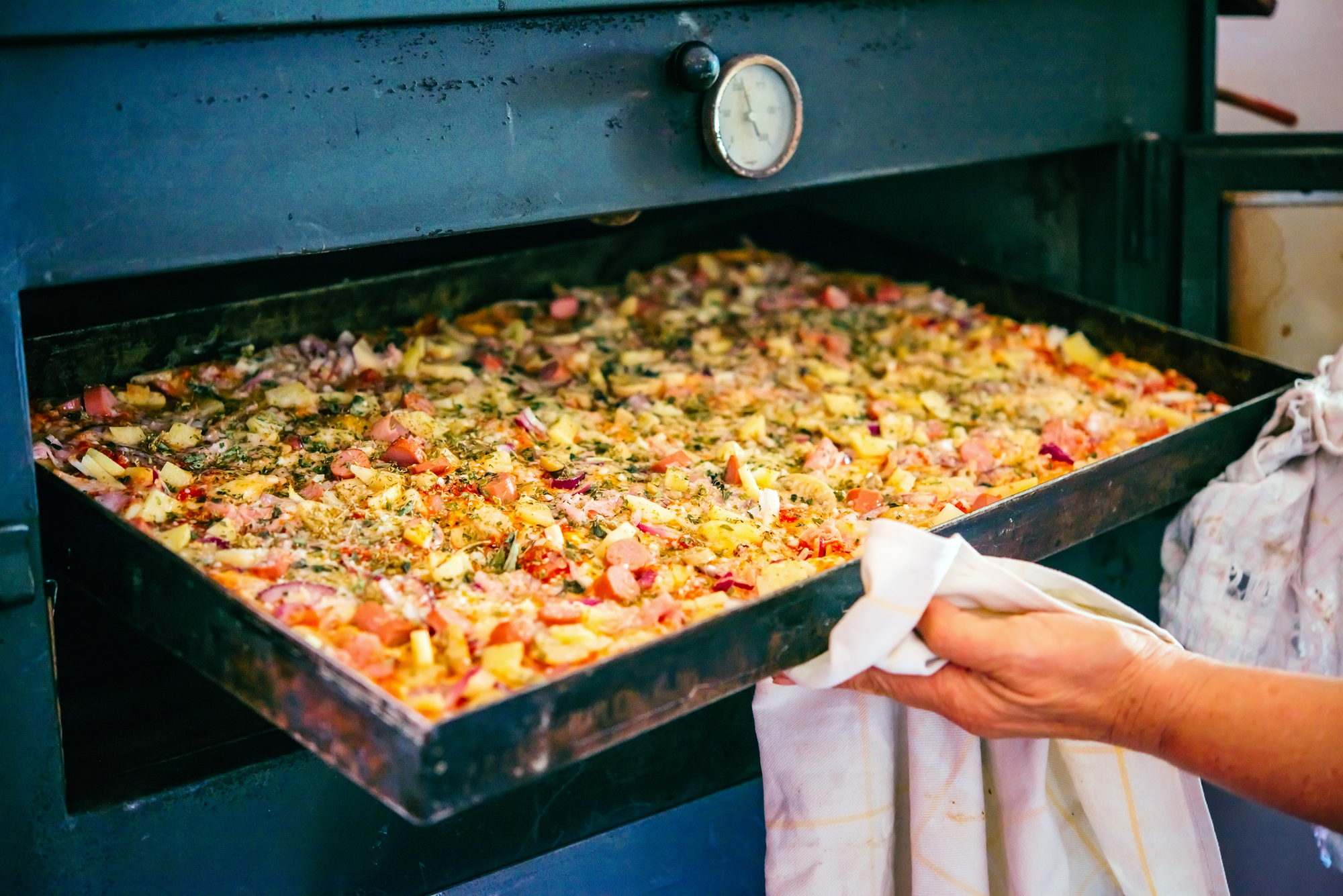 Authentic Sicilian pizza is known as sfincione, which means "thick sponge." It originated in the city of Palermo, where it continues to be sold in bakeries. Since Sicily doesn't typically produce cow's milk, they use caciocavallo cheese, which comes from sheep or goat milk.

On December 7, the eve of the Feast of the Immaculate Conception, sfincione is traditionally enjoyed throughout Sicily. They also eat these rectangular pies on other Christian holidays, including Christmas Eve and Good Friday.

The pizza became popular in Italy during the mid-19th century, and it was eventually brought to New York by Sicilian immigrants. There, they swapped the caciocavallo for mozzarella, which was more readily available. During WWII, American soldiers got to know and love authentic sfincione, so when they returned to major U.S. cities, such as Detroit and Boston, Sicilian pizza became all the rage.

If you’re eager for a taste of this long-standing Italian favorite, head to Emilio’s of Morris Park in the Bronx, NY. They serve top-quality pizza seven days a week, as well as pasta and calzones. With their convenient takeout and delivery services, you can continue to enjoy their Italian specialties throughout the dining restrictions. Just text "Emilios" to 33733 to download their app and place an order. You can also browse their menu online, or call (718) 822-6758 to speak with a staff member.

Share
Story
Other Announcements, Events and Deals from Emilio's of Morris Park
4 Fun Facts About Pizza Pizza is a fan-favorite for diners of all ages across the world. It’s become a staple for every occasion, from quiet nights at home to parties with friends. When you sit down to...read more
5 Tasty Meats to Try on Pizza Meat lovers know that pizza isn't complete without at least one protein-packed topping. Meat adds extra nutrients to your meal and tastes great, so don't be afraid to pack it on. Her...read more
3 Reasons to Order Dessert When Catering a Party Hosting a party is a big responsibility. No matter the occasion, it’s always a little more special when you go the extra mile to treat your guests with a catering service. ...read more
3 Protein-Filled Pizza Toppings to Try Pizza is a popular crowd favorite. You may imagine it as a greasy, cheese-topped indulgence, but there are ways to make this meal nutritious, such as opting for healthy toppings that...read more
Like us on Facebook
Follow us on Twitter
Review us on Yelp
Review us on Google