The Evolution of Computer Printers October 16, 2020 Computer printers are found in homes and offices around the world. They’re an essential piece of equipment and have a fascinating history. Whether you’re picking up a few toner cartridges or purchasing a new device, consult the printer's evolution below.

A Brief History of Computer Printers

Mesopotamians developed the first concept of printing in 3,000 BC. This ancient society sped up the engraving process by rolling cylinders over raw clay to impress images. Chinese and Egyptian cultures used a similar process to print on cloth.

Japanese and Korean cultures expanded on this idea in the 13th century by using bronze stamps. This method wouldn’t appear in Europe until the 15th century when scribes created woodcuts to print text onto paper.

Johann Gutenberg invented the printing press in Germany in 1439. This machine used impression text blocks and ink to reproduce pages. Gutenberg later created movable text blocks. These were combined in a mold to create text that could then be pressed into paper.

The next printing innovation appeared in 1814. It used a design similar to Gutenberg’s, though relied on steam power. It was much faster and was used in newspapers and books. In 1847, the rotary drum was introduced. It was a large cylinder with text impressions on it. It rolled around and around as sheets of paper were continuously led through it. 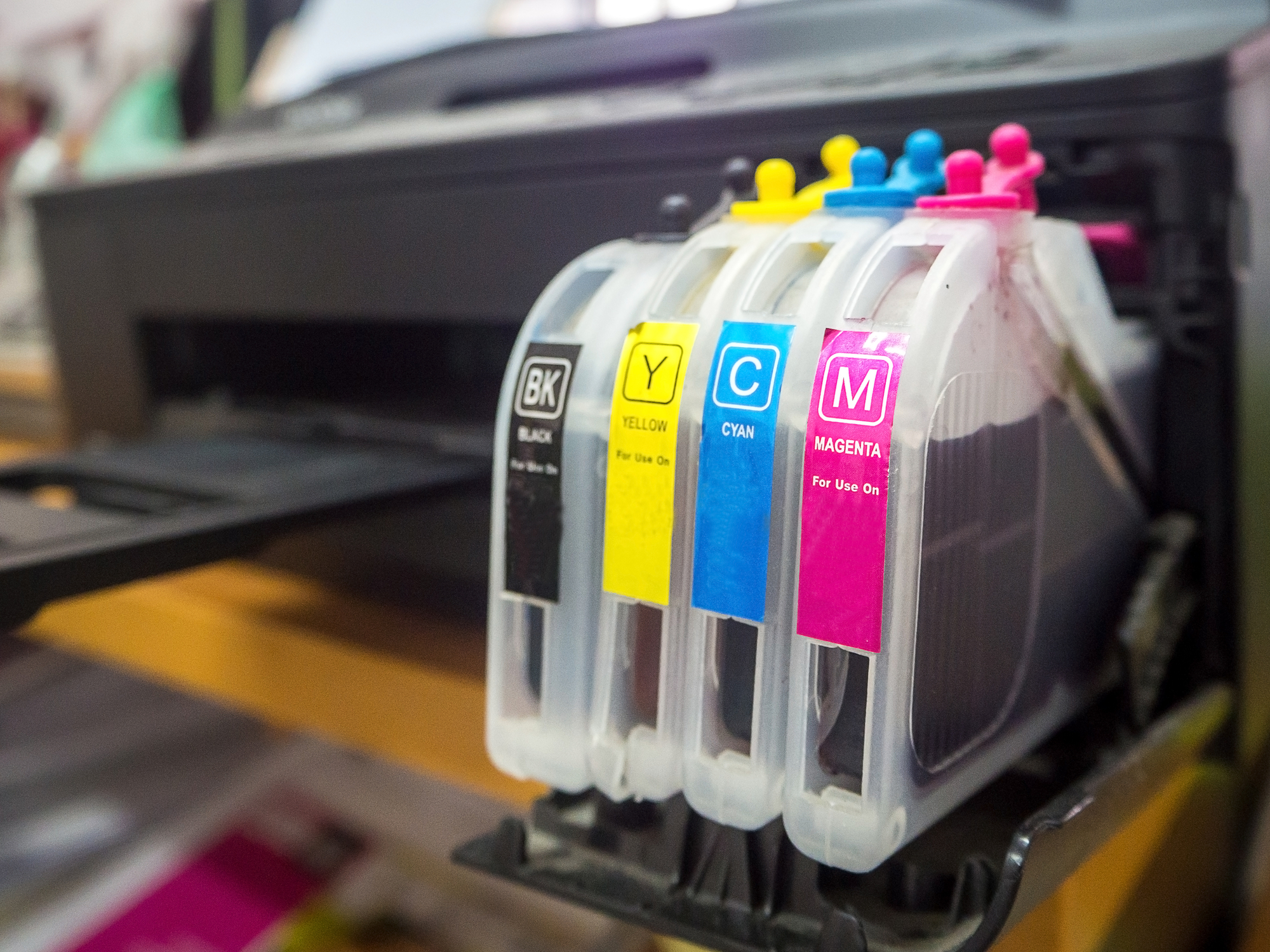 The first dry printer appeared in 1938. Chester Carlson developed a system of projecting ions onto a metal drum. This created an electrostatic charge on the drum in text shapes, and an ink powder was applied. The Xerox© system paved the way for modern printers. Remington-Rand released a high-speed printer that used the Xerox system in 1953.

David S. Lee released the daisy wheel printer in 1969. The device used a rotating wheel containing each letter on a separate petal. The wheel rotated and hammered petals into the paper—similar to a typewriter.

Xerox developed the first laser printer in 1971, and IBM® released the 3800, capable of 100 impressions per minute, in 1976. HP® released the LaserJet in 1984. It was the first desktop printer. Their DeskJet color was released in 1994, and the first solid ink printer, which used toner cartridges, came out in 2009.

Turn to Alpha Laser Richmond for all your printer needs. This Staten Island, NY, shop carries printers, ink, toner cartridges, and more. They also handle printer and laptop repairs, which you can learn about on their website. Call (718) 317-1263 to discuss their print management services.

Share
Story
Other Announcements, Events and Deals from Alpha Laser Richmond Corp.
3 Mistakes to Avoid When Using a Printer For business owners, having a printer makes life easier. Within moments, designs or write-ups are transferred from the screen to your hand. However, if you’re not careful, you’ll go ...read more
WEEKLY SPECIAL An advantage of getting a new laptop is the quick response time. Slower computers can be frustrating to deal with when you’re working, gaming, or even online shopping. Unfortunately,...read more
Friday Special