Send a TweetShare on Facebook
DTM Signs and Truck Wraps

Fleet graphics, including stylized wraps and custom graphics, have a long and fascinating history. Popular now among consumers and businesses alike, the modern history of these decorations can be traced back to the late 1800s. Learn more about this intricate story below.

Taking inspiration from royal colors on carriages, companies in Europe and North America began painting distinctive decoration and branding on delivery wagons in the 18th century. When trains began to criss-cross the continents, businesses recognized the unique opportunity they presented. They painted colorful advertisements on the sides of railcars, establishing national awareness for their companies.

The arrival of the automobile signaled the start of modern fleet graphics. In 1900, Milton Hershey of the Hershey Company brought an electric delivery van to Lancaster, PA, the city’s first car. Hershey capitalized on the novelty of the vehicle by decorating it with his company’s logo. Taking it on a tour of surrounding towns spread awareness of his products and initiated a tradition of vehicle graphics that continues to this day.

The Invention of Vinyl 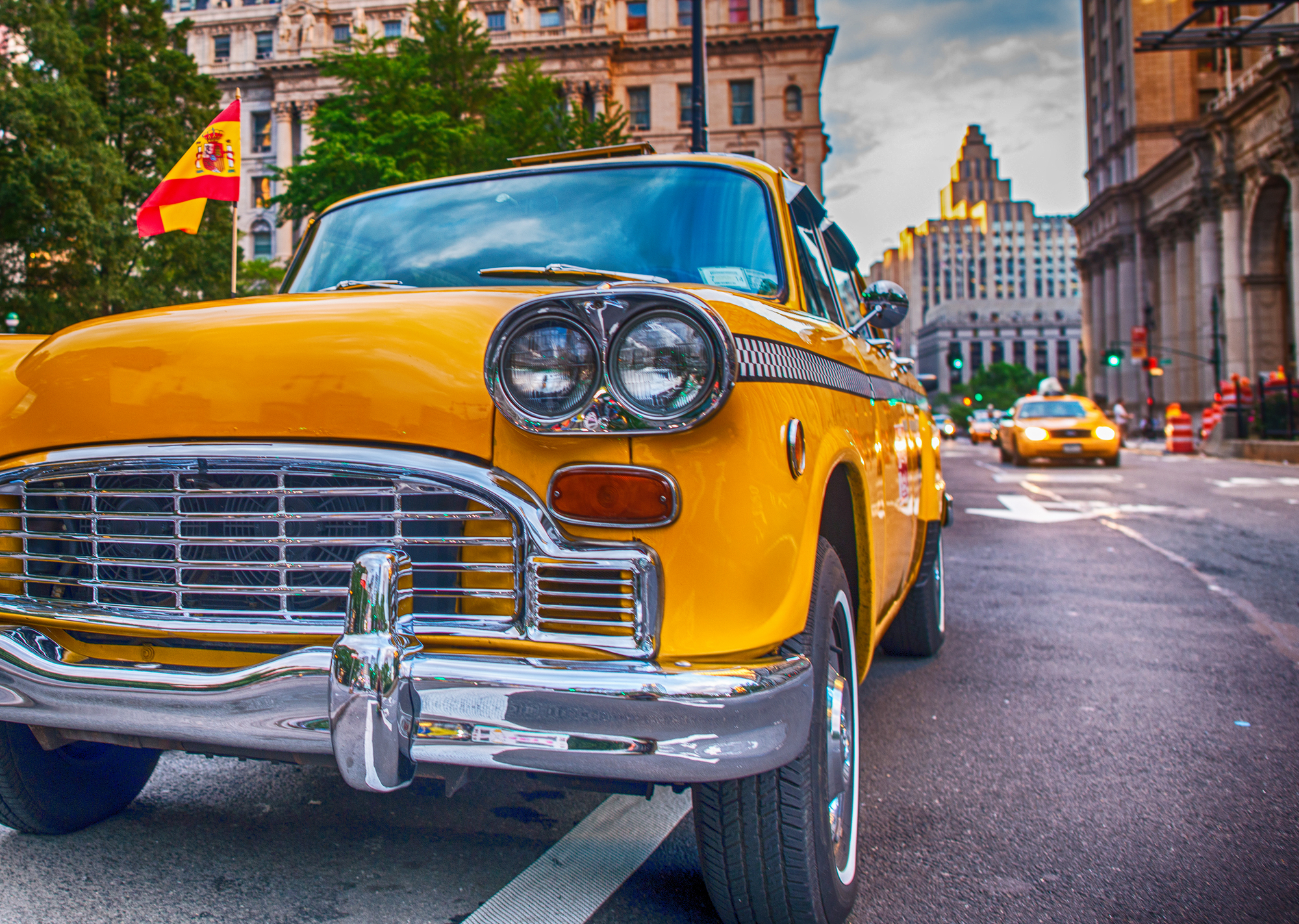 In 1926, chemists working for the BF Goodrich Company accidentally discovered vinyl chloride, which could be formed into a durable, flexible, colorful film. Before this, most vehicle graphics were painted, like the famous New York City yellow cabs.

For many years, vinyl graphics were expensive and complicated to make and apply. However, by the 1980s, lower production costs and precise die-cutting resulted in vinyl becoming a practical material for smaller businesses. Vinyl decals and ads then began appearing in cities across the world.

Commercial vehicle wraps were first used in Germany in the 1990s, when taxis were required to all be the same beige color. Rather than paint the vehicles and risk lowering the resale value, cab companies took advantage of new vinyl wrapping technology to make their cars beige. This preserved the original paint and proved the value of wrapping cars, causing business owners to realize the value this could have for advertising.

Finally, in 1993, PepsiCo created the first known digitally printed bus wrap advertisement. Created with piezoelectric inkjet printers, the new technology became the vinyl vehicle wrap we know today. In the 21st century, vinyl fleet graphics are seen on every street, for small and big businesses alike. With constant improvements and innovations, the future of vinyl vehicle wraps and fleet graphics is bright and assured.

If you’re interested in eye-catching fleet graphics for your business, get in touch with DTM Signs and Truck Wraps in Brooklyn, NY. Their team specializes in creating custom designs for lettering, screen printing, and full and partial vehicle wraps, and they also offer convenient financing options. To get started, call them at (347) 312-5488 or visit them online to see some of their previous work.
Share
Story
Other Announcements, Events and Deals from DTM Signs and Truck Wraps
3 Outdoor Advertising Ideas for Your Business When it comes to advertising, many companies think of using graphic design services to develop online ads. While this can certainly be helpful, local businesses in particular still b...read more
A Guide to Vehicle Roof Wrapping Advertising is a powerful tool that can promote the success of your business and increase annual revenue. If you own or manage a real estate company, vehicle wrap...read more
4 Reasons Vehicle Wraps Are Great Investments As a small business owner, the key to success is finding new customers. One way to do this is by investing in a vehicle wrap that highlights your brand. If you’re debating wheth...read more
Like us on Facebook
Follow us on Twitter
Review us on Yelp
Review us on Google