Since everyone comes from a unique lifestyle, many funeral services have special customs. There are some traditions that many families incorporate into their loved ones’ ceremonies based on their professions or what they accomplished during their lifetime. One such tradition is the 21-gun salute, which you can learn about below.

The Origin of the 21-Gun Salute

Throughout history, it became customary for warriors to demonstrate honorable intentions by rendering their weapons useless. For example, an African tribe dragged their spear points across the ground when they wanted to avoid inciting conflict. This custom was adopted by militaries around the world and evolved with the invention of cannons and firearms.

By the 16th century, firing a gun salute was used for more than just showing the desire for peace. A sign of great respect, gun salutes were used to mark special occasions and to honor officials. The precise number of guns that were fired depended on the importance of the event in question.

Firing three consecutive rounds in honor of fallen soldiers started during the European dynastic wars when they had to halt fighting to remove the casualties from the area. The volleys were a sign that the battlefield had been cleared, and the conflict could continue.

By the early 18th century, the British navy was using 21 guns to mark special anniversaries, and the 21-gun salute was officially adopted as the standard salute for the royal family in 1808. Taking Britain’s lead, the United States adopted a national salute for both celebrations and times of mourning shortly before the Civil War started. Firing one gun for each state in the union, the tradition was standardized when there were just 21 states. 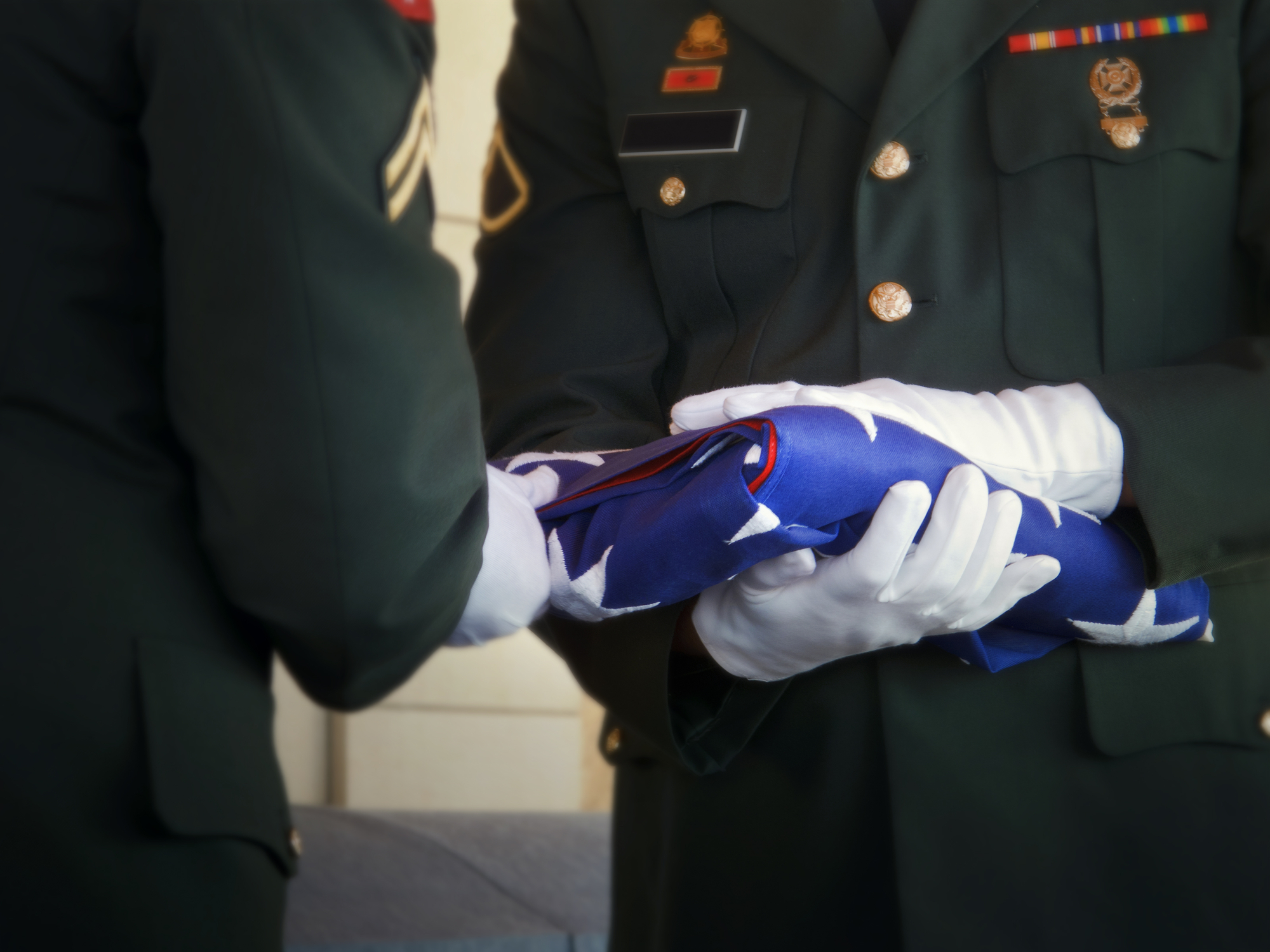 Today, it’s customary to fire a 21-gun salute at noon on the day of a president or ex-president's funeral. The tradition is also used to honor fallen members of the military and civilian leaders. Additionally, U.S. Naval Regulations require the 21-gun salute to be fired at noon on Independence Day, Memorial Day, and Presidents Day.

A version of this salute, called a rifle volley, can also be performed at funerals. The firing team is generally comprised of seven members, who fire three volleys each. At military funerals, the shell casings are then folded into the flag before it’s presented to the family.

The compassionate team at Middendorf Funeral Home is proud to help families honor their departed loved ones with beautiful ceremonies. Since 1863, residents of Northern Kentucky have turned to them for respectful funeral services. Six generations later, the business remains in the family and is still committed to helping families say their final goodbyes with dignity and grace. To learn more about the services they provide, visit their website, or call (859) 341-7800.

Share
Story
Other Announcements, Events and Deals from Middendorf Funeral Home
A Guide to Death Certificates Following the death of a loved one, there are many decisions to make regarding the funeral service or memorial. After this, however, families must often handle their loved one’s impo...read more
A Guide to Constructing & Delivering a Eulogy If you have recently lost a loved one and were asked to deliver a eulogy at their funeral service, you might be seeking some advice on how to move forward. Perhaps it will be in pers...read more
3 Tips for Picking Out a Final Outfit for Your Loved One When planning the funeral services for a loved one, there are many important decisions to make. If there will be a traditional open casket viewing or burial, you’ll want to select an...read more
3 Ways to Help a Loved One Who's Lost a Child Losing a child is a tragedy no parent should have to experience, which no one who hasn’t gone through it can truly understand. While you want to support friends or family members who...read more
Like us on Facebook
Review us on Yelp
Review us on Google