Crumbs and droppings on the counter. Pitter-pattering in the walls. These are only two indicators that you have a rodent problem. But what kind of pests are you dealing with? Before calling an exterminator, here’s how to identify whether you have a mice or rat infestation.

While mice and rats have similar features, they both have distinguishable physical attributes that make them stand out. Mice are short and stubby with triangular heads that are much smaller than their bodies. Their eyes also take up much of their head, and their tails are usually furry in appearance. Rats, on the other hand, have large, wedge-like bodies with small, beady eyes and a bald tail. 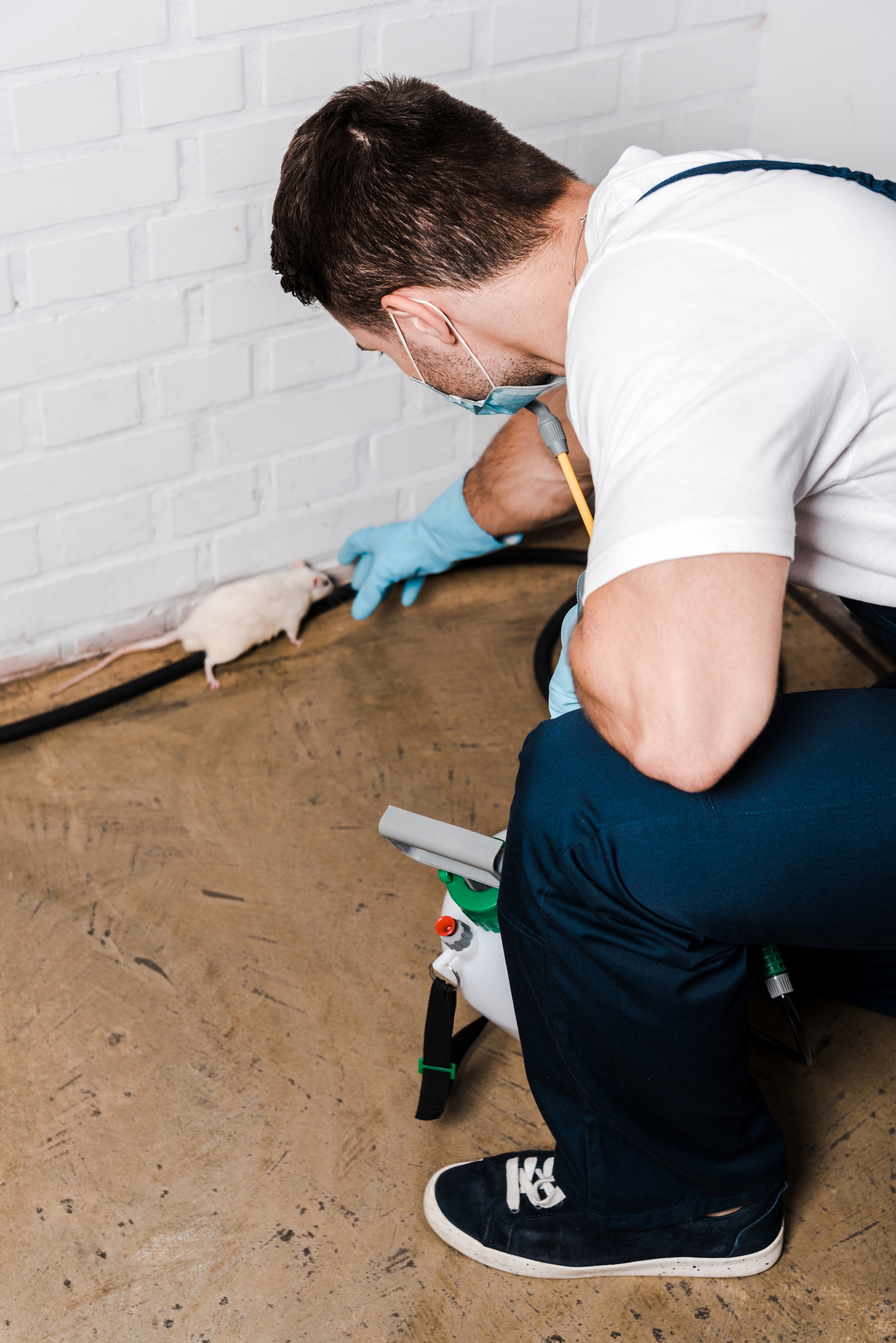 When it comes to fecal matter, mice produce small excrements that resemble small-grained rice or sprinkles. They also cluster their droppings almost everywhere they crawl in your home, from kitchen cupboards and sinks to narrow pathways in hidden areas.

In comparison, rats produce larger feces in brick-like shapes. They tend to be more selective with where and how often they produce fecal matter. Compared to the average amount of waste mice produce per day (40 to 100 times), rats leave about 20 to 50 droppings per day.

Mice want to build comfortable, cozy homes with plenty of accessibility to food sources. Exterminators often find paper- or fabric-based nests inside walls close to the kitchen. Rats, meanwhile, prefer living a nomadic life outdoors. They also like to build their homes inside of your home’s foundation using a large pile of trash or discarded clutter.

Have a rodent problem at home? Get in touch with the exterminators at Bugout Termite & Pest Control. The family-owned company has helped residential and commercial clients throughout the Baltimore Metro area with their pest problems for over three decades. Their specially-designed treatments target unwanted critters like mice, rats, roaches, bedbugs, termites, and more. To request a free quote, call (410) 760-6065 or visit their website.

Share
Story
Other Announcements, Events and Deals from Bugout Termite & Pest Control Inc
Do You Have American or German Cockroaches? American and German cockroaches are two of the most common species that you may encounter in the home. While they’re slightly similar in appearance, there are distinct differences th...read more
How to Keep Mice Out of Your Garage Discovering mice in your garage can be alarming. Not only do they chew through electrical wires, walls, and insulation, but they can also harbor potentially dangerous bacteria i...read more
3 Common Food Items That Attract Roaches As any exterminator will attest, pests are attracted by several household items or situations. For instance, they seek moisture, so a leaky pipe or faucet could lead to an ...read more
3 Tips for Keeping Termites Out of Your Home Spring is the season of warm weather, cool nights, and, unfortunately, termites. These destructive household pests are capable of chewing through the structure of your home, rui...read more
Like us on Facebook
Follow us on Twitter
Review us on Yelp
Review us on Google