Considering the diversity of animals in the sea, it’s understandable to have difficulty sorting through all the options if you’re just getting into seafood. For example, although shrimp and crawfish are often categorized together due to their similarities, they’re also quite distinct from each other. In learning about how to prepare them or what you may prefer, you’ll need to understand the differences between them first.

What to Know About Shrimp

With their fish-like appearances, 8-inch segmented bodies, pairs of antennae, and long tails covered in shells, shrimp mostly live in saltwater and usually are pink, brown, or white. More than 2,000 species exist, and many are known to consume parasites and fungi that they clean off other aquatic animals. They all contain generous amounts of protein and cholesterol and only a little fat.

If you like chicken, shrimp is a great way to gradually become accustomed to the taste of fresh seafood; it tastes like a combination of chicken and fish. They’re generally crunchy, especially if you cook them while they’re still in their shells, which are perfectly edible. However, if you prefer soft and tender textures, just strip the shells and soak them in brine for half an hour before cooking.

What to Know About Crawfish 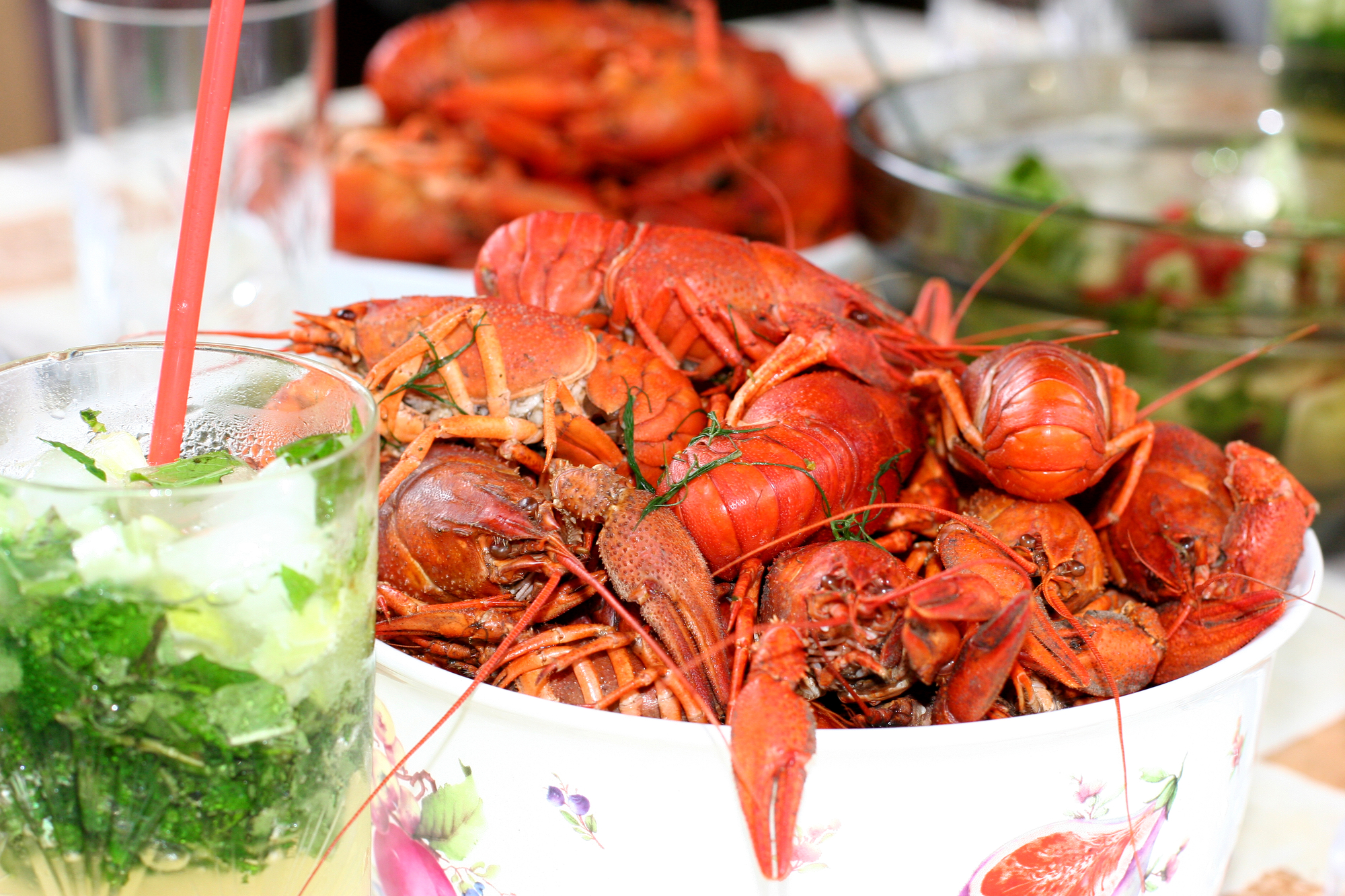 Like shrimp, crawfish have two antennae, segmented bodies encased in shells, low levels of fat, and high levels of protein and cholesterol. Unlike shrimp, however, they’re typically found in freshwater, have large front claws, and measure only three to four inches long. There are at least 600 different species. They can be many different colors, including brown, black, white, red, orange, and even green. In some regions, they’re called crayfish.

If you’ve tried crab, crawfish will seem familiar, as they fuse the flavor of crab with that of shrimp, plus a dash of sweetness, salt, and minerals. Most are meatier than shrimp, despite their shorter length, but their taste is more subtle. Because of the spines and tough texture of their shells, the most common and recommended way to eat them is by boiling them, then tearing apart the shells and claws when they’re soft to access the meat inside.

To experiment with the highest quality shrimp and crawfish, go to Billy’s Seafood in Bon Secour, AL. With years of experience supplying the community with fresh market seafood, they’ll have all the crustaceans you will want, plus many other types of fish and aquatic animals. They’re also happy to help you learn how to best cook their products if you’re new to seafood. If you can’t come to the market yourself, order their products online, and have them delivered to you directly. For more information, call them today at (251) 949-6288 or message them online.

Although it is not as famous as snapper or tuna, cobia is a prized fish that is popular among anglers and diners alike. Nicknamed the black bonito, this seafood is famous&n...read more
3 Tips for Serving Raw Oysters at Home Whether you want to entertain guests or add variety and fun to your dinner routine, seafood is an excellent option to choose. While you might feel comfortabl...read more
3 Health Benefits of Mahi-Mahi

Mahi-mahi, also known as dolphinfish or dorado, is a popular choice among seafood fans for its mild flavor that pairs well with many different seasonings. This versatile species...read more
How to Get Ready for a Crawfish Boil

In the South, a crawfish boil is a celebrated way to ring in the spring and summertime. While it’s meant to be spent with friends and family, you don’t have to go to a restauran...read more
3 Great Ways to Get Kids to Eat Seafood Kids need a lot of nutrients to grow up healthy and strong, and fresh fish is packed with the essential vitamins, minerals, and fatty acids that they need. But because fresh sea...read more
Like us on Facebook
Review us on Yelp
Review us on Google