If you’ve never been to Hawaii before, you might not know SPAM® musubi is a popular treat served at many local and Hawaiian food restaurants. As residents can tell you, this delicious menu item is ingrained in the state’s colorful history. Here’s the back story behind the island favorite.

Why SPAM Is Popular in Hawaii

Before the word “spam” came to mean unwanted emails, it was the name of a salty canned pork and ham product, SPAM. Manufactured by the Hormel Foods Corporation since 1937, this luncheon meat became popular in Hawaii during World War II. From 1941 to 1945, the company shipped millions of cans weekly to members of the U.S. military serving on the islands. Inexpensive, versatile, and known for its long shelf life, SPAM gained favor with island residents, who began serving it at breakfast, lunch, and dinner.

What Is a SPAM Musubi? 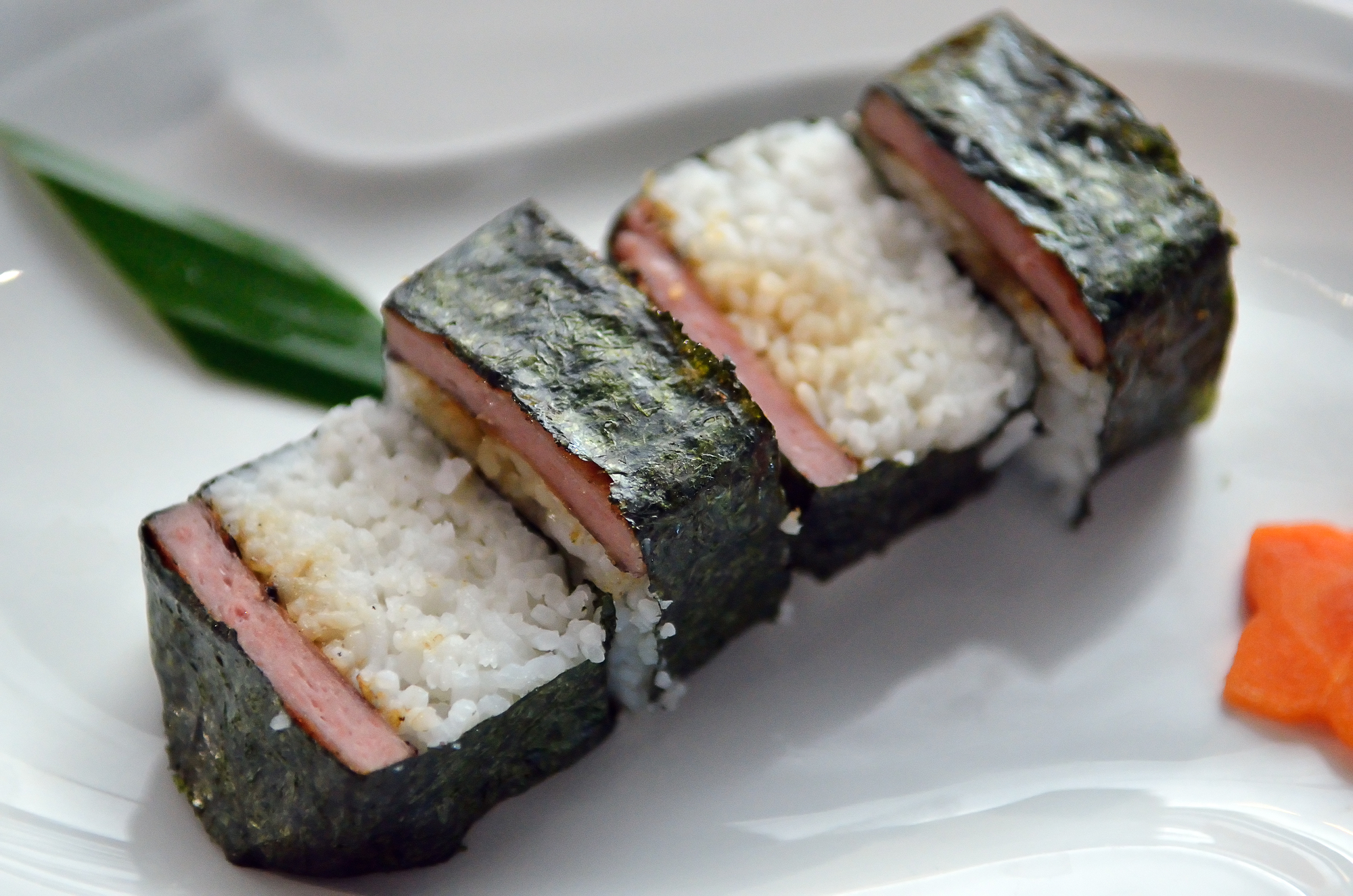 A spam musubi is a form of sushi made with rice and wrapped in nori, which is dried seaweed. Simple to make, the traditional dish starts with a grilled or fried slice of SPAM seasoned with a mix of soy sauce and sugar. The meat is placed on a block of white rice, pressed into a rectangular mold or shaped by hand. Wrapping it in seaweed adds the finishing touch to this delicious and portable dish, which foodies enjoy whole or sliced.

How the Dish Was Created

Japanese residents of the United States who were held in internment camps during WWII created spam musubi, according to Hawaiian food historian Arnold Hiura. Today, variations on the original dish include adding an egg or vegetables or seasoning the rice with furikake and toasted sesame seeds.

For a great snack on the go, grab a spam musubi at Kawamoto Store in Hilo, HI. For more than 70 years, residents across the Big Island have come to their mom-and-pop-style carryout location for the wide selection of Japanese and Hawaiian food, including sushi and bento. Check out their menu online, and call (808) 935-8209 to order takeout.