Although it’s commonly considered synonymous with a monument, a memorial carries a specific connotation of remembrance for those who have passed. One of the most apt examples is the 9/11 Memorial in New York City. Officially known as the “National September 11 Memorial & Museum,” it was erected to recognize those who lost their lives in the September 11, 2001 attacks and the 1993 World Trade Center bombing.

A Brief History of the 9/11 Memorial in NYC

In November 2001, the Lower Manhattan Development Corporation (LMDC) was created to oversee the build of a memorial structure. It was also tasked with working in conjunction with the Port Authority of New York and New Jersey and a real estate developer. About 100 additional companies and a handful of government agencies also contributed to the project.

The LMDC held a contest for the memorial’s design in 2003. Participation was extended to anyone over the age of 18. Aside from that, there were no requirements. Even if you were from a different country and had no prior experience designing a monument, you could submit an idea.

After more than 5,000 entries, “Reflecting Absence” was chosen and revealed on January 14, 2004. Submitted by Michael Arad, an Israeli-American architect, and Peter Walker, an American landscape architect, the design featured memorial pools where the Twin Towers once stood. 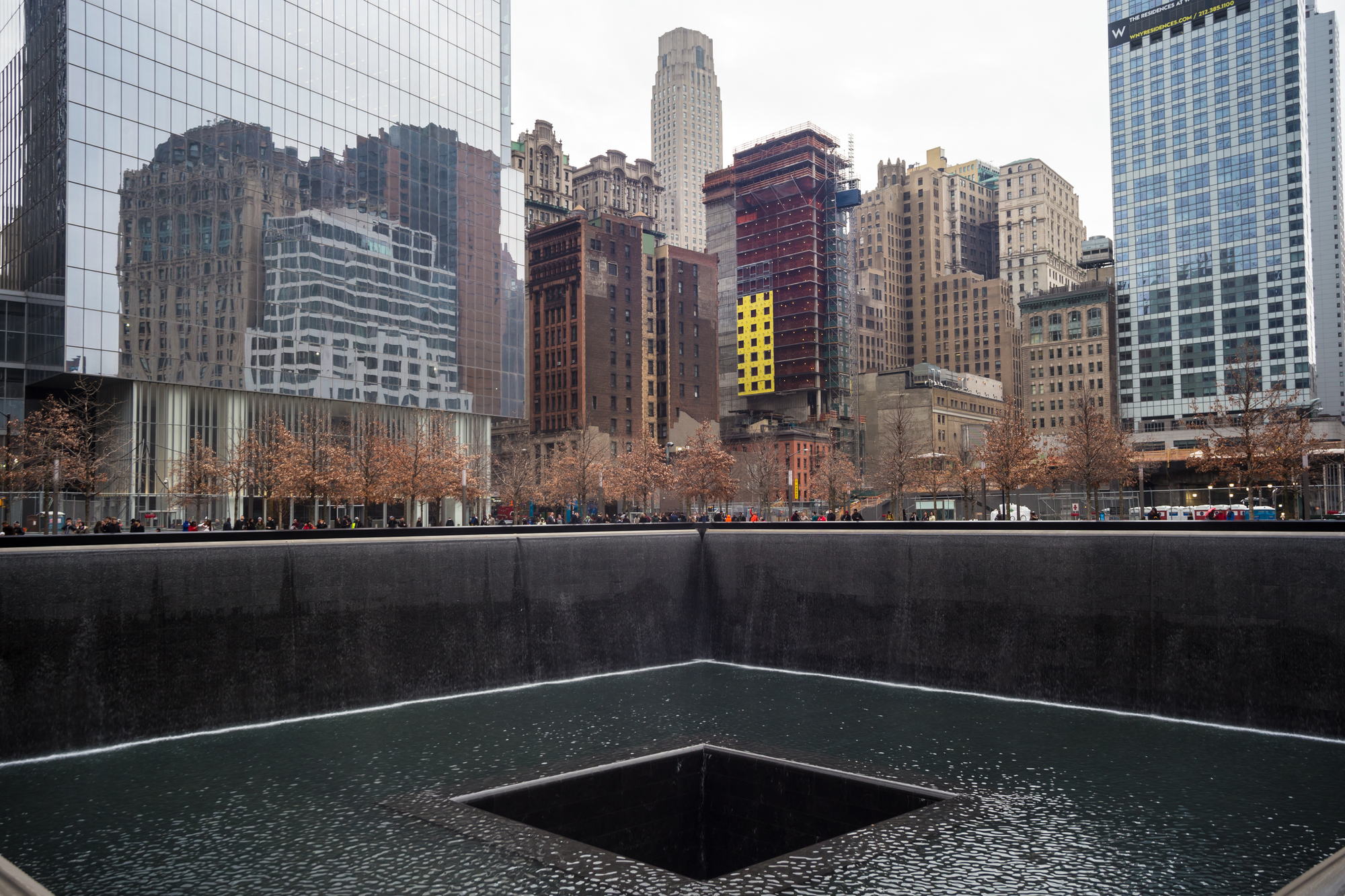 The pools create voids where water continuously flows, but doesn’t fill the area, symbolizing the loss felt by so many. Directly outside the pools are parapets that have the names of the victims carefully engraved. Outside of the pools, a forest of more than 400 swamp white oaks stands guard. These trees are a species native to the crash site, representing resilience and rebirth.

On March 13, 2006, construction began. Traditional monument- and memorial-building materials, such as granite and steel, are prominently used. Bronze, another common choice, is also featured on the parapets.

Finally, ten years after the attacks, the unveiling was held on September 11, 2011, after five years of construction. The monument opened to the public the day after.

For personal memorials to celebrate lost loved ones, contact Derrick Monument Company Inc. Located in Le Roy, NY, this family-owned and -operated business has crafted beautiful, long-lasting monuments for more than a century. Their expert engravers can include any inscription, and you can use a wide range of materials, including bronze, granite, and marble. Find some examples of their work on their website, or call (585) 768-8470 to discuss a project.

Share
Story
Other Announcements, Events and Deals from Derrick Monument Co
3 Tips for Writing an Epitaph When you plan the burial of a family member, you need to create a gravestone for their final resting place. Many families choose to inscribe epitaphs on memorials to p...read more
A Guide to Funerals During the COVID-19 Pandemic Planning a funeral typically involves sourcing music, flowers, and monuments for the service. During the COVID-19 pandemic, however, public gatherings are discouraged to pr...read more
5 Meaningful Items to Leave on a Loved One’s Grave

When a loved one dies, one of the most meaningful ways to keep their memory alive is by visiting their grave and leaving a quiet decoration on their headstone. Flowers, small tokens,...read more
3 Tips for Proper Cemetery Etiquette

Visiting a cemetery is often an emotional experience. If you’re planning to visit a gravestone, there are several ways you can respect your loved one’s memory and those aro...read more
4 Thoughtful Memorial Flowers for Breast Cancer Awareness Visiting a loved one’s grave marker helps you remember the happy times you shared with them. If they battled breast cancer, you can leave flowers on their resting...read more
Like us on Facebook
Review us on Yelp
Review us on Google