The term caliber refers to the size of the bullet that a rifle or pistol uses. This is the measurement of the diameter of the bore—the inner opening of the gun barrel. Often, you will see this measurement in either a fraction of an inch or millimeters. Below are a few popular pistol calibers you’re likely to encounter and how people commonly use them.

A Guide to Favorite Pistol Calibers

The .22 Long Rifle is the most commonly sold ammunition in the world due to its low price and ability to fit many rifles and handguns. Most experienced gun owners have at least one .22 LR pistol in their inventory to use for target practice. Additionally, because of its lighter weight and slower velocity, it has a much softer recoil and generates less noise—making it perfect for beginners who are trying to focus on marksmanship. 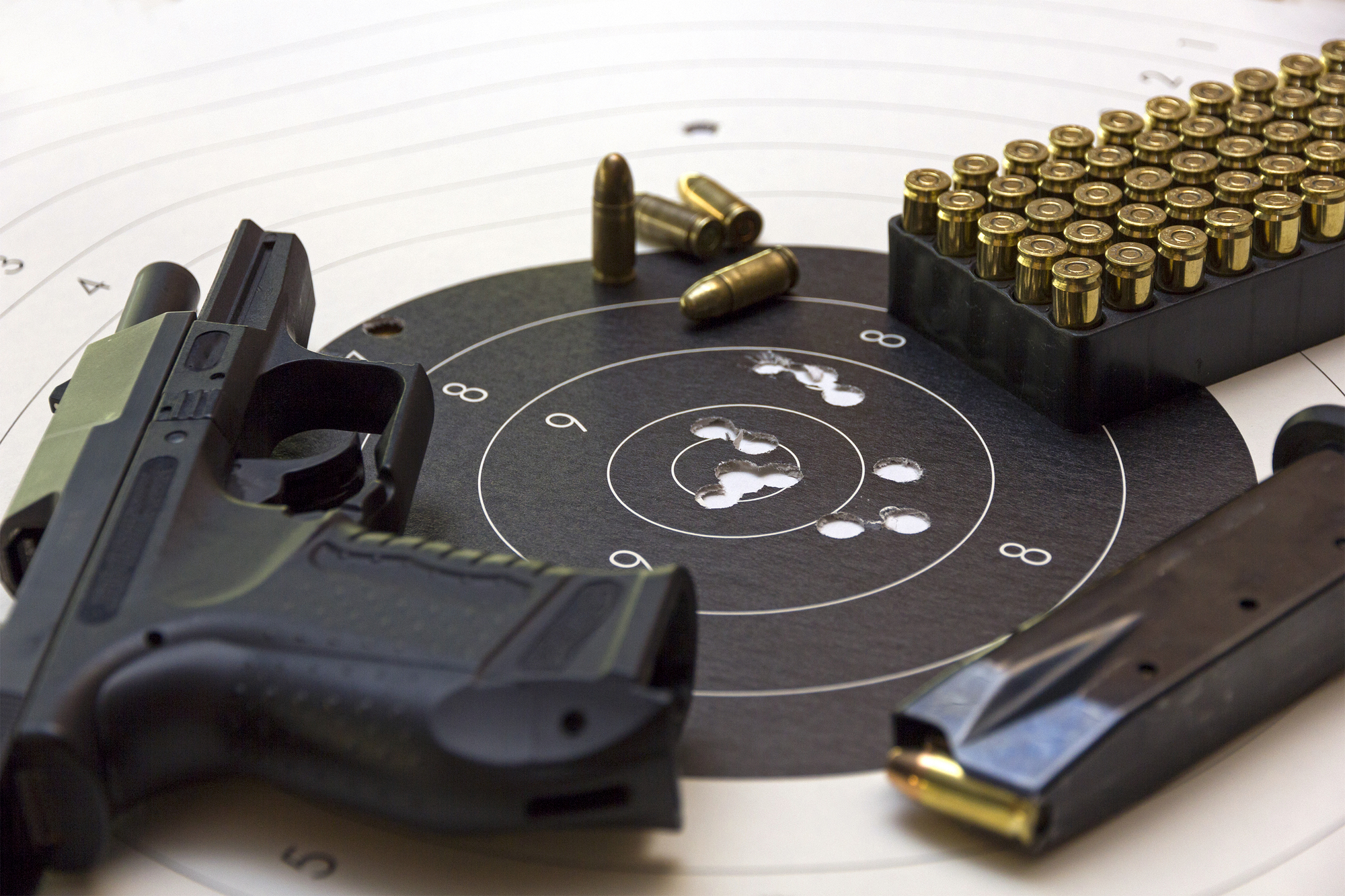 The 9mm was invented over 100 years ago and remains one of the most popular calibers today. It’s a relatively small cartridge, so guns can hold considerably more ammunition. Like the .22 LR, the recoil is relatively low compared to larger calibers, allowing new shooters can learn easier with it. However, the 9mm has more significant stopping power, which is why it is a favorite caliber among police and military personnel. It’s also a popular caliber in shooting competitions.

The .40 S&W was originally designed in 1990 to be a law enforcement round. It is a compromise of the 9mm and the larger .45 ACP. Bullets tend to weigh between 135 and 200 grains and are 1.135 inches long. They can penetrate up to 14 inches on average and travel approximately 1,200 feet per second. This, along with its widespread availability, makes the .40 S&W an excellent self-defense cartridge.

Whether you are a new or experienced user, you can practice and hone your skills at Shooter’s Firearms & Indoor Range in Columbia, IL. This gun dealer features two six-lane indoor shooting ranges and hosts shooting competitions and leagues each month. They carry one of the largest selections of new and used guns in the state, and the knowledgeable staff will help with every purchase or trade. Visit their website or call them today at (618) 281-6393 to learn more about their services.

Share
Story
Other Announcements, Events and Deals from Shooter's Firearms & Indoor Range
Do’s & Don’ts of Taking a New Shooter to a Range Taking someone new to the shooting range is an exciting way to spend time together. You naturally want to share this hobby with those close to you, and making the first exp...read more
4 Reasons to Clean Your Guns Regularly Whether you own one or multiple guns, keeping them clean should be a top priority. However, you should always clean your weapons in a well-lit area and ensure to unload them bef...read more
Official USCCA Partner read more
Full Metal Jacket vs. Hollow Point Ammo: What Is the Difference? If you are new to firearms and buying ammo for them, you may come across two main types of bullets: full metal jacket (FMJ) and hollow point. Both are useful, but they have...read more
How Should You Prepare for a CCW Class? If you want to carry a concealed weapon, you need to attend classes. CCW classes help you use your gun correctly and safely to avoid accidents and injuries. Here, learn how to prepar...read more
Like us on Facebook
Follow us on Twitter
Review us on Yelp
Review us on Google