Available at just about every bar, chicken wings are beloved American staples. Despite their widespread popularity, most people are unfamiliar with their interesting history and background. Use the following facts to impress your friends and family the next time you order this fan-favorite dish.

What You May Not Know About Chicken Wings

1. Their Invention May Have Been an Accident

Chicken wings are said to have been created in 1964. As the story goes, Teressa Bellissimo in Buffalo, NY, received a shipment of wings by mistake. Inspired to make use of them, she deep-fried them, covered them in sauce, and served them to her son and his friends with blue cheese and celery. Today, these are known as buffalo wings.

2. Restaurants Used to Throw Them Out

Before Bellissimo’s ingenious invention, wings were regarded as the least desirable part of the chicken. Restaurants would frequently throw them out or use them for soup stock. When word of the new snack began to spread, however, they quickly became a local favorite and eventually reached the rest of the country. 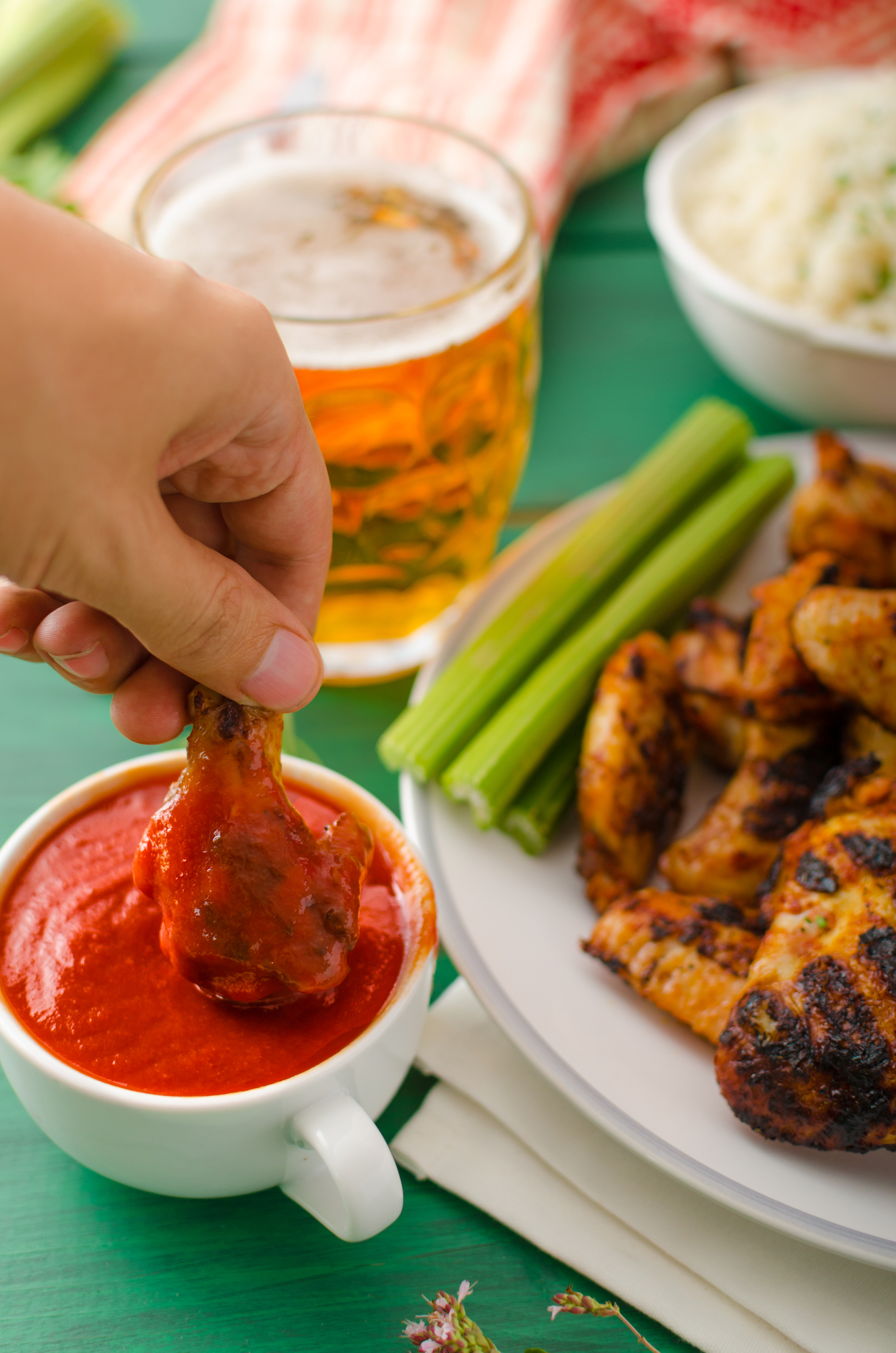 Residents of Buffalo know that their city is the birthplace of this savory dish, so there’s no need to specify. Buffalo wings are simply referred to as wings or chicken wings. The next time you’re in Buffalo, you can sound like a local by dropping the city name from your order.

4. A Woman Holds the World Record

During the 26th Philadelphia Wing Bowl in 2018, Molly Schuyler achieved the world record for most wings eaten in a single sitting. Her record stands at 501 pieces in 30 minutes, beating Patrick Bertoletti’s previous record of 444 in 2015. As the last official Wing Bowl winner, she reigns as the final champion.

Wings are one of the most popular game day foods, so much so that every trustworthy sports bar offers them. In fact, the National Chicken Council reported that in 2019, Americans were expected to eat 1.38 billion pieces during the biggest game of the year. This prediction was a 2%—or 27 million—increase from 2018.

Hungry for the best wings in the area? Come to Buffalo Wild Wings in West Nyack, NY, for incredible food, ice-cold drinks, year-round competitive sports, and an easygoing atmosphere. With convenient locations across the nation, including 19 restaurants throughout New York and Connecticut, they’ve built their reputation as America’s best sports bar for over 30 years. To browse their full menu, visit them online. Call (845) 480-7344 with any questions.