The experience to swim with turtles is an exhilarating and unforgettable one. It lets you get up close and personal with these beautiful sea creatures. Fortunately, several species of turtle make their home in the waters of Hawaii, so the chances of spotting one on your tour are high. Below are a few fun facts about these gentle marine reptiles to get you ready.

What You Should Know About Hawaiian Sea Turtles

1. There Are Five Species

When you plan to swim with turtles in Hawaii, there are five species you might encounter underwater. The state is home to leatherback, loggerhead, olive ridley, hawksbill, and green sea turtles. Of the five, the first three live in the cavernous, offshore waters, which makes sighting a rarity. Hawaiians call green and hawksbill sea turtles honu and honu‘ea, respectively.

2. They Have Long Lives

Sea turtles live for a long time, making them the living, breathing representatives of the reptilian kind that existed a hundred million years ago in the Earth’s waters. A honu can have an average lifespan of 80 years or more, but a honu‘ea can only thrive for three to five decades. The longevity may be due to their size—green sea turtles grow up to five feet while hawksbills measure 24 to 45 inches long. 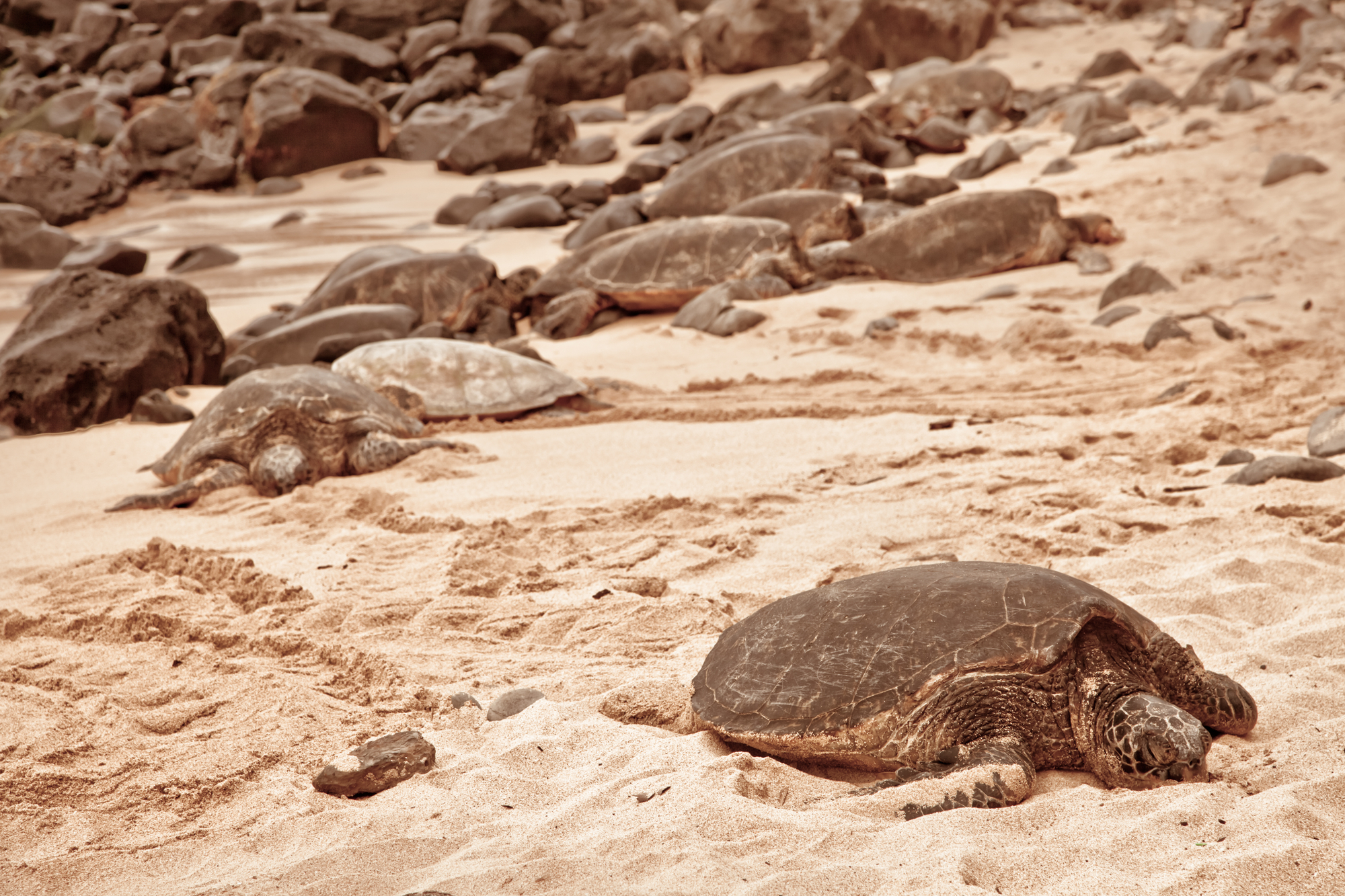 Although Hawaiian sea turtles spend a chunk of their time underwater when they sleep or rest, they also swim to the surface to breathe in some air for rigorous activities like diving for food or escaping attacks. They seek out sandy shores where they can sunbathe as well as nest to lay eggs. They’ll dig a pit, fill it with eggs, and cover it. The eggs will hatch after 60 days.

Sea turtles make the long, arduous journey from feeding grounds to their nesting beaches. A honu may travel more than 1,600 miles to breed at the site of their birth. Males travel to the nesting grounds annually while females do it every two to four years.

Green and hawksbill turtles are endangered species. Both fall prey to sharks, but their biggest predator is the human race. Over the years, their population has declined as they’re hunted for meat, shells, and eggs, despite the ban.

See these species up close when you sign up to swim with turtles with Ko Olina Ocean Adventures in Kapolei. As a member of the Hawaii Ecotourism Association, the company offers a variety of ways to learn more about the marine life around the island of Oahu, such as catamaran sailing, whale watching, dolphin snorkel tours, and SNUBA diving. Call (808) 396-2068 to reserve a spot to swim with turtles, or check out the details on their website. While snorkeling, you’ll encounter many beautiful fish in the Pacific Ocean. Learn to recognize some of them in the guide below to prepare for your trip and heighten your a...read more
What to Bring on a Whale Watching Tour To make the most of a whale watching experience, you’ll need to pack accordingly for the trip. Here’s a list of essentials to help you prepare for the opportunity of a lifetime....read more
4 Items You Should Bring on a Snorkeling Tour Exploring marine and plant life up close is one of the exciting perks of a snorkeling excursion. Before venturing out, pack essential items to keep you safe and comfortable thro...read more
4 Interesting Facts About Humpback Whales If you’re wondering what to do during your trip to Hawaii this winter, add whale watching to the agenda. This experience lets you spot these enormous creatures in their nat...read more
Like us on Facebook
Review us on Yelp
Review us on Google