New York City is home to 2,027 bridges, many of which are impressive feats of architecture and urban planning. 10 of these bridges are considered landmarks, and it’s worth checking them out. Include some classic New York bridges in your trip to the Big Apple by hiring a car service to drive you around the city for the day. Move the following NYC bridges to the top of your must-see list.

A Guide to NYC’s Best Bridges

The Queensboro Bridge crosses the East River and connects Manhattan and Long Island City in the borough of Queens. Also known as the 59th Street Bridge, it passes over Roosevelt Island and features a double-decker cantilever design. Originally completed in 1909, it cost $18 million to build, and 50 people died in the process. 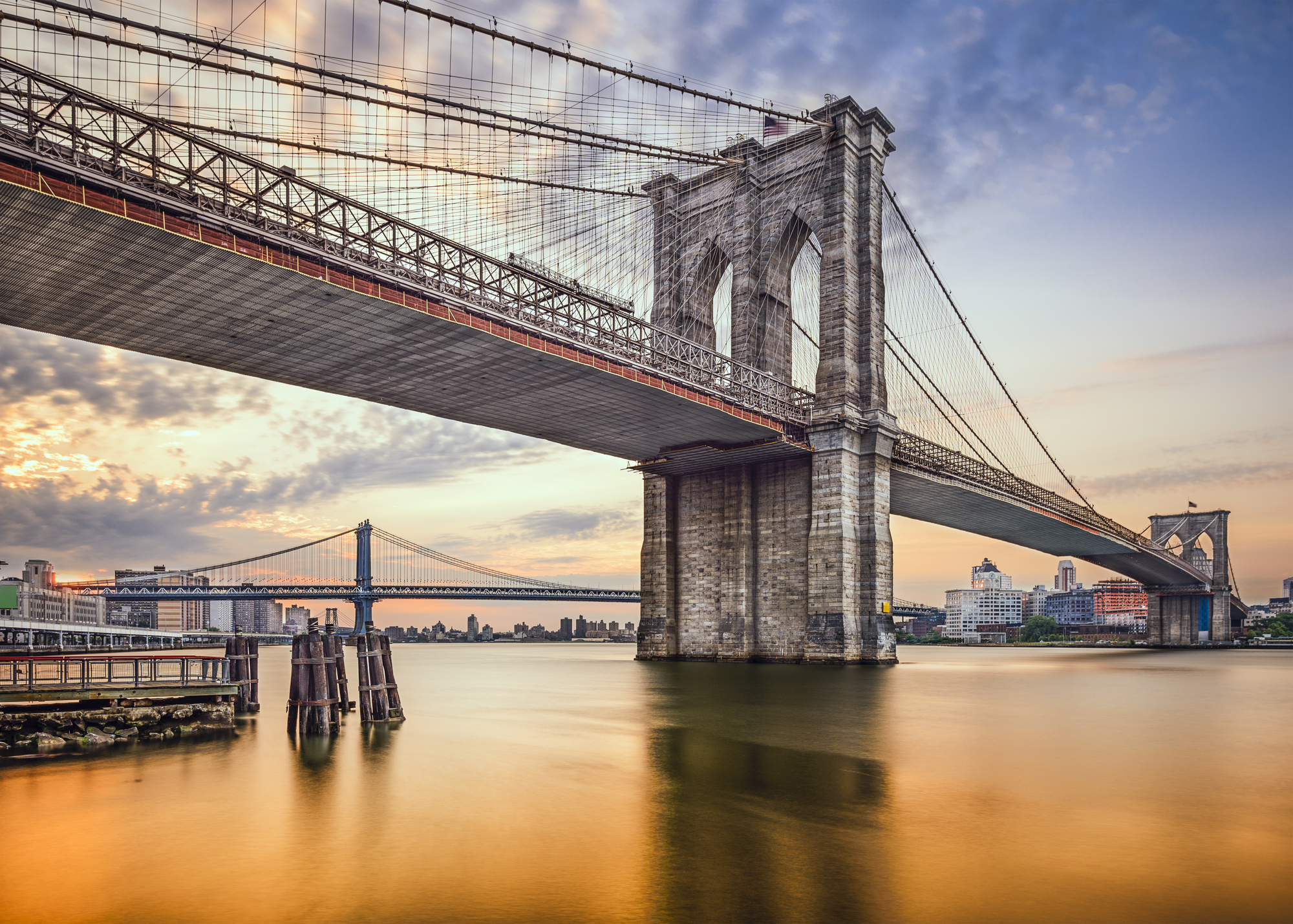 One of the biggest suspension bridges in the U.S., the Brooklyn Bridge connects Manhattan and Brooklyn and traverses the East River. When it was built, it was the first steel-wire suspension bridge ever constructed. As one of the most iconic bridges in NYC, it has now become an integral part of the skyline and was officially named a National Historic Landmark in 1964.

Connecting Lower Manhattan with Downtown Brooklyn, the Manhattan Bridge is another iconic suspension bridge that crosses the East River. This bridge has been open to traffic since December 31, 1909. It also features a pedestrian footpath if you want to walk across.

Known as the world’s busiest motor vehicle bridge, the George Washington Bridge connects Washington Heights and Fort Lee, NJ. The double-decker suspension bridge crosses the Hudson River and is the only 14-lane bridge in the country. It also holds the distinction of once being the site of an emergency landing for a young pilot in 1966. Ask your car service to take a trip to New Jersey to see this modern marvel.

A huge project completed in 1903, the Williamsburg Bridge was constructed using nearly 17,500 miles of wire. It connects Williamsburg, Brooklyn, to the Lower East Side in Manhattan. It’s worth comparing this bridge to the neighboring Brooklyn Bridge. Take your car service across one bridge and back over the other to see both.

Make getting around the city a breeze by hiring the Brooklyn Radio Dispatcher car service in New York City. Their professionals have more than 30 years of experience providing outstanding car services to tourists and residents. Book your car today by calling (718) 384-4444, or visit them online to learn more about their vehicle options.

Share
Story
Other Announcements, Events and Deals from Brooklyn Radio Dispatcher
Where to Go to Experience Russian Culture in NYC

As long as you have access to reliable transportation, New York City is one of the best places to experience Russian culture. From cultural events to child-friendly activities, there...read more
A Guide to Car Service Etiquette Scheduling a car service will save you time and take the pressure off of having to drive. Whether you’re arranging airport transportation after a long flight or planning a fancy ride...read more
Visiting NYC? What to Do in Inwood Manhattan is made up of many diverse neighborhoods, from Tribeca at the bottom of the island to Inwood at the top. This area is known for its affordability and community-oriented atm...read more
What Tourists Should Know About Williamsburg, Brooklyn Williamsburg is a hip and trendy section of Brooklyn, and it’s worth visiting. There are plenty of things to do and see there, especially if it’s your first time in the neighbor...read more
5 Places to Visit in Staten Island New York has five exciting boroughs to explore, but many people forget about Staten Island. This borough is easy to get to via a car service and offers everything from gorg...read more
Like us on Facebook
Review us on Yelp
Review us on Google