Fish & Chips: A Brief History of this British Staple October 2, 2019 Fish and chips can be found at any pub throughout the United Kingdom. This deep-fried meal is one of the most famous dishes in England, which might lead one to believe it was developed there. It wasn’t, however. If you want to dive deeper into the rich history behind this British favorite, here’s more information about how it was brought to the island and how it changed from there.

The History of Fish & Chips

The fish and chips dish is believed to have appeared in England as early as the 16th century, introduced by Jewish immigrants traveling from Portugal and Spain. In these countries, fried fish was known as “pescado frito” and was a common meal. It became popular in the United Kingdom quickly, though it wasn’t a regular dish in pubs and restaurants. Charles Dickens’s 1838 novel Oliver Twist mentions fish and chips. A Shilling Cookery for the People, published in 1845 by Alexis Soyer, also features a recipe for fried fish cooked in a “Jewish fashion.” Fried fish restaurants appeared as early as 1860, though the dish was not yet paired with chips. 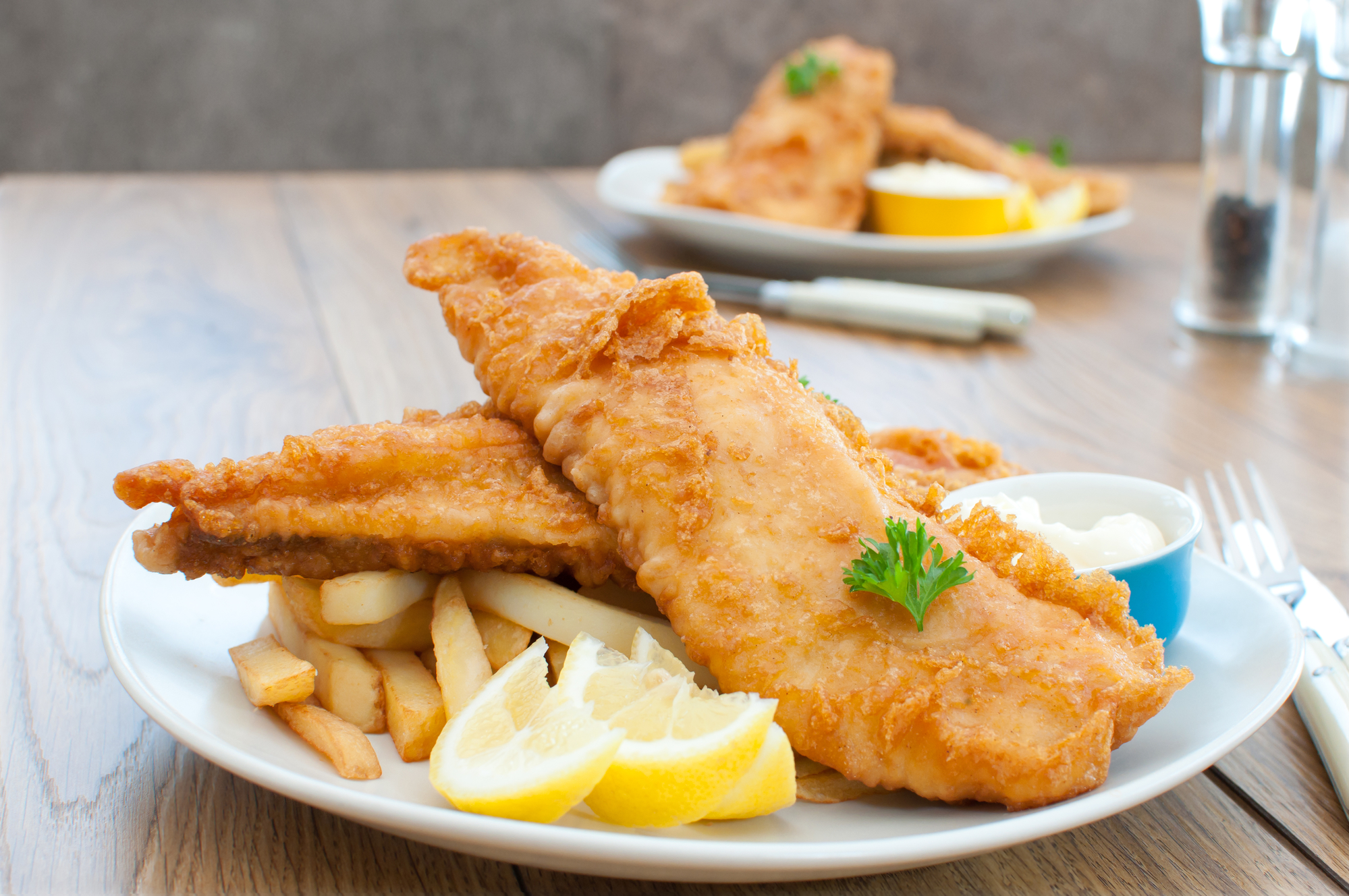 Chips, also known as French fries, appeared at roughly the same time. The term was first used in Charles Dickens’s novel A Tale of Two Cities, published in 1859. The first true fish and chips shop appeared in the early 1900s, and within a few years, pubs started serving the dish across the country.

Today, fish and chips remain a popular pub combo throughout the UK. Fish are often fried in beef drippings, vegetable oil, or lard, depending on the restaurant. In Ireland, a simple flour and water batter is more common. In England, baking soda, vinegar, and beer are typically used to create the batter. The type of fish also varies—it may be pollock, hake, skate, coley, whitefish, or cod. This means that a recipe you try at one pub may taste or look slightly different from one you have elsewhere.

If you want to try authentic fish and chips in America, stop by Mad Dogs and Englishmen. This Tampa, FL, pub has been a local favorite for over 25 years and serves a large selection of traditional English food. You’ll find a diverse menu, plenty of beer and wine, and live music throughout the week to keep you well-fed and entertained. Visit their website to explore their menu, or call (813) 832-3037 to book a reservation. You can also connect on Facebook to stay updated.

Share
Story
Other Announcements, Events and Deals from Mad Dogs & Englishmen
3 Benefits of Eating Outdoors at a Restaurant Most people could benefit from spending more time outdoors, and the coronavirus pandemic makes this truer than ever. Restaurants have reopened their doors with new health, safet...read more
5 Tips For an Awesome First Date Perhaps you met the person you’ll be going on a date with at a local restaurant, online, or during a recent grocery store outing. No matter how you connected, it’s time to prepare fo...read more
5 Classic English Cocktails to Try at Happy Hour A traditional British happy hour may be better known for bold, strong ales and refreshing lagers, but England is also home to some classic cocktail recipes. These cocktails are disti...read more
What’s the Difference Between Lagers & Pilsners? Lagers and Pilsners are two of the most common types of beer. While the two have many similarities, there are also key differences when it comes to flavor, varieties, and brewin...read more
4 Reasons to Have Your Next Event Catered Food is a central part of any special event. Whether you’re planning an intimate dinner for a handful of friends, or an elaborate party with many guests, deciding what to feed y...read more
Like us on Facebook
Follow us on Twitter
Review us on Yelp
Review us on Google