How Can You Tell the Difference Between Hornets & Wasps? October 2, 2019 If you’ve recently noticed insects with yellow, black, or brown markings zipping around your property and building nests, you probably have wasps or hornets. A perennial problem for homeowners, these pesky members of the Vespidae family are often hostile and may make working or relaxing outside unpleasant. If you want to know more about how to identify these pests, be aware of the differences between wasps and hornets and what pest control action you should take.

While they’re more aggressive than bees, wasps are usually less aggressive than wasps and will often only attack humans if they feel that their nest is threatened. Their legs are also thin and long, and they’re usually smaller than hornets. Many species of wasps feed on fruit and other sweet substances, so they may be drawn to backyard picnics. In terms of habitat, many wasp species build papery nests that hang from trees or the sides of your home, although some varieties will build their nests underground. 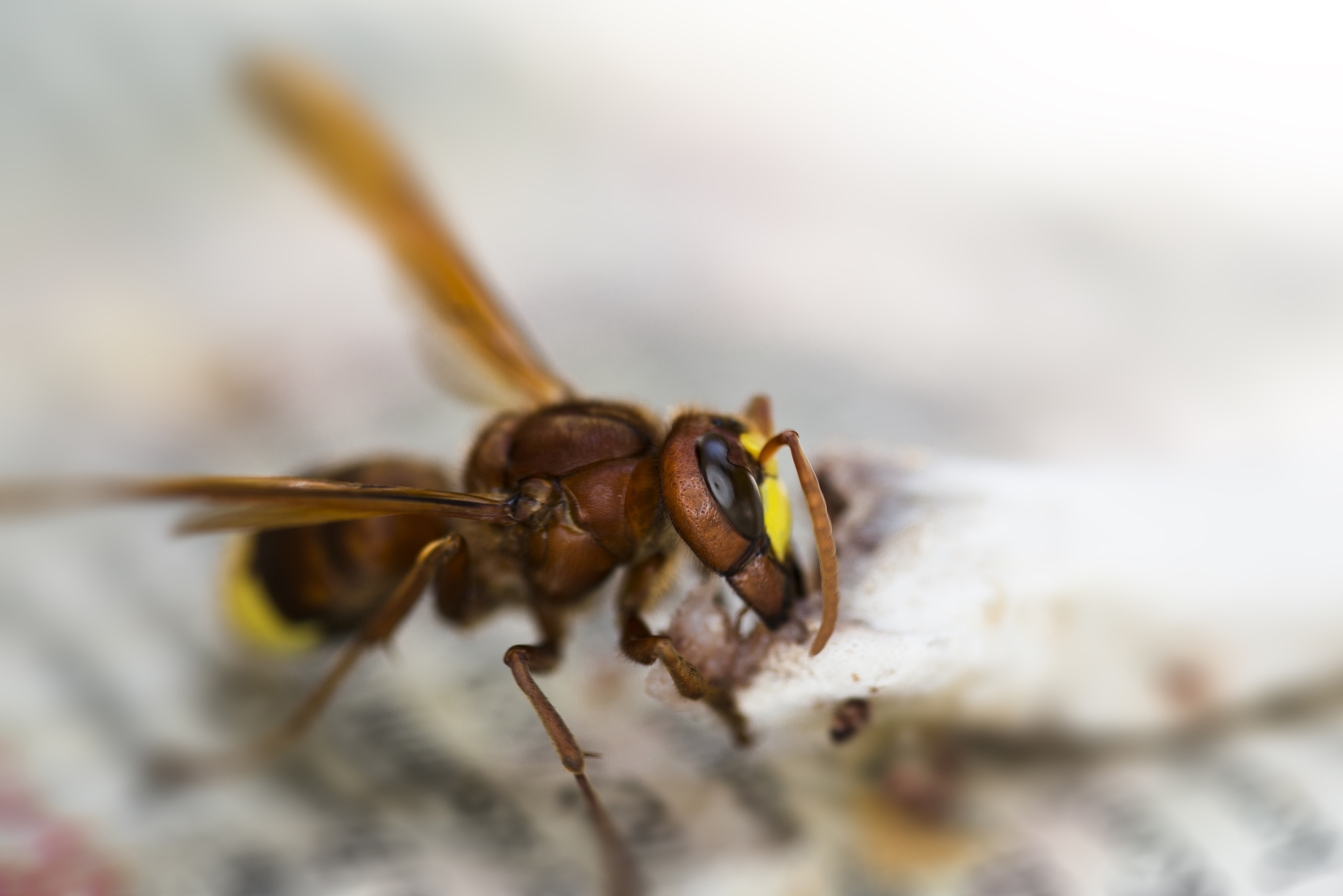 In general, hornets will be larger and more aggressive than wasps. They’re usually a reddish-brown color and will have thicker abdomens and heads than wasps. Unlike a wasps’ sweet tooth, many hornet species prefer to prey on other insects. One species that commonly gets classified as a hornet is the yellow-jacket, but they’re classified as an unusually aggressive subset of wasps.

How Should You Deal With Them?

Unlike bees, wasps and hornets do not have barbs on their stingers. That means that they can sting a target repeatedly, and an attack by multiple hornets or wasps can be extremely painful, and some rare cases have even proven fatal. Because of this, it can be dangerous to try and eliminate multiple wasps or hornets at one time if you don’t have the correct training or equipment.

You should never try to destroy a nest by yourself, as many are built in the tight corners on the upper stories of your home. If you provoke the den, you’ll have difficulty getting off the roof to evade attackers. Instead, rely on a professional pest control company to remove the nests and kill off the wasps or hornets with eco-friendly pesticides.

Don’t let the threat of wasps or hornets keep you from having fun in your backyard. Contact the pest control team at Collins Exterminating in Bolivar, MO. For nearly six decades, they’ve served homeowners and businesses with termite inspections, bedbug elimination, wasp control, and other extermination services. To learn more about their offerings, visit their website, and schedule an appointment by dialing (417) 326-2124.