How Exterminators Get Rid of Ants September 10, 2019 When you see one ant in your home, business, or apartment complex, others are sure to follow. Ants leave invisible chemical trails in their wakes telling their fellow tiny insects to “come on in,” resulting in swift infestations without timely pest control. Here, learn how exterminators rid properties of ants and what they suggest to keep the pests out for good.

What Do Exterminators Do to Get Rid of Ants?

Exterminators begin the eradication process by identifying the type of ant they’re dealing with since behaviors and habitats vary by species. Argentine ants, for example, populate the southeastern United States and are attracted to wet environments with plenty of food. And, while they do not bite, their excrete a musty-smelling gas when they are crushed instead of killed by exterminator poison. Carpenter ants, in contrast, prefer damp, cool northern regions and tunnel through wood, resulting in serious property damage without timely pest control. 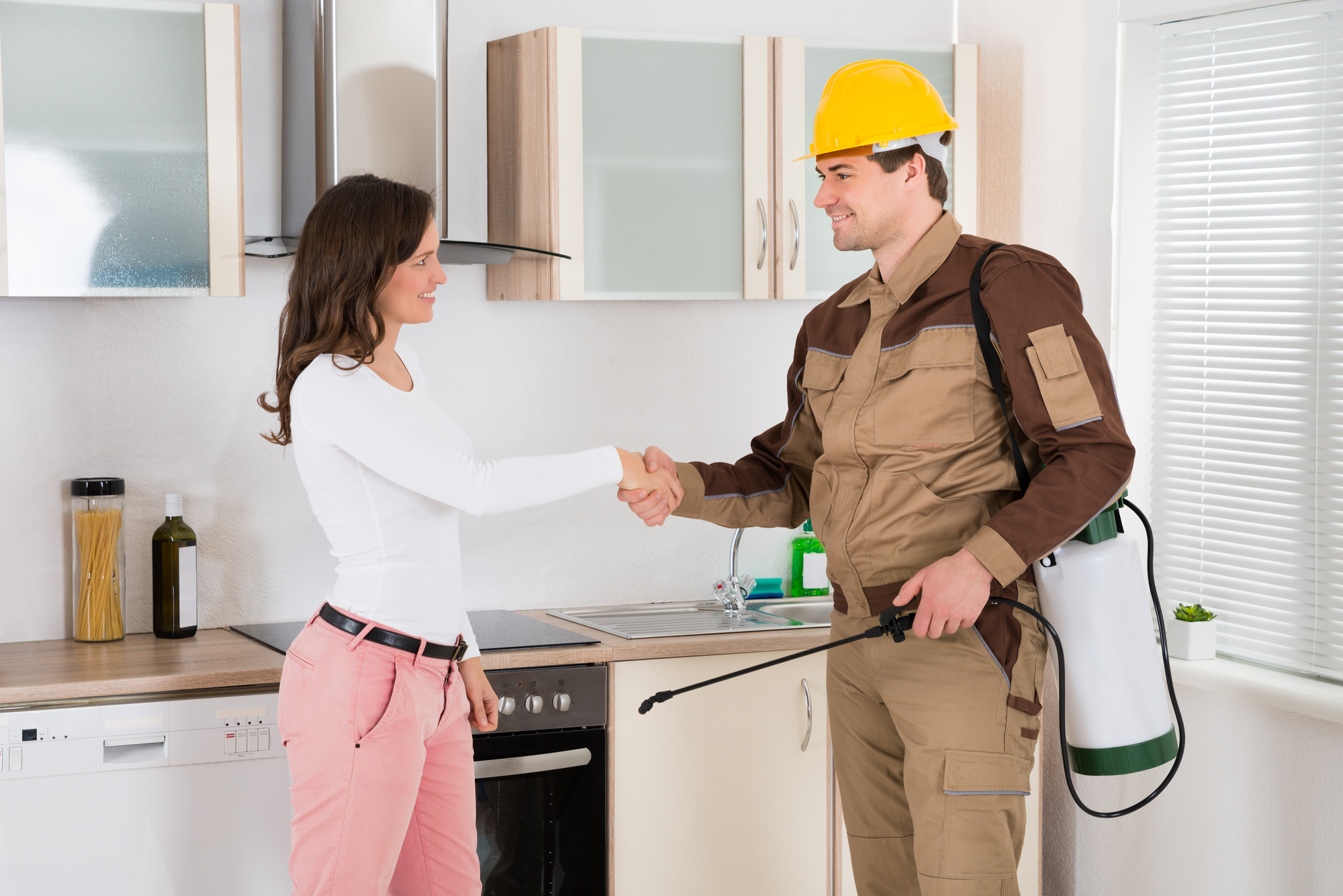 Once the experts identify the type of ant, they determine the extent of the infestation. This requires detailed interviews with home and building owners, such as asking where they see ants the most. Exterminators also perform meticulous inspections to learn where the ants are coming in and their favored habitats, such as crawlspaces and other inconspicuous areas like ductwork.

Finally, exterminators administer insecticide in a safe, effective way to kill entire colonies. This may require occupants to make other living arrangements to avoid exposure to toxic chemicals. Treatment again depends on the ant species and may include foggers, liquid sprays, dusters, granules, or baits.

What You Can Do to Prevent Ants’ Return

Once the exterminators eliminate the infestation, take steps to keep ants from returning. Seal your home or commercial building with caulking and weatherstripping materials to close points of entry. Maintain a clean home as free of crumbs as possible since leaving food out is the easiest way to attract ants. Wipe down kitchen surfaces daily, run your garbage disposal, and keep the trash can closed. Also, transfer pet food to sealable containers at night and get your plumbing checked for leaks. Most ants as well as termites, cockroaches, and other pests look for moisture sources.

Rid your home of ants with the exterminators at TAAP Pest Elimination in Rochester, NY. The family-owned pest control company has served the region for over 25 years, providing wildlife control and relocation in addition to insect removals. Call (585) 723-­6542 today to schedule an appointment or visit the company online for coupons.