It can be argued that burgers are the quintessential American dish. From drive-thrus to your local bar and grill, to fancy restaurants, they can be found on nearly every menu across America. But where did they come from? Here’s a quick run-down on the history of the burger.

What’s the History of the Hamburger?

Where Did It Come From?

Before the burger landed on nearly every menu, it’s speculated that it began in Hamburg, Germany. While they weren’t the burgers everyone knows and loves today, they were considered to be a sought-after treat, since Hamburg cows produced some of the highest quality meat around. They would form patties out of minced beef, onions, and seasonings, and serve it by itself without a bun. At the time, this was called a Hamburg steak and was brought by Germans immigrants when they moved to America. It became a great way to use up any scraps left over from the slaughterhouse, so nothing was wasted and restaurants could make extra money. Soon, restaurants in the Chicago and New York areas began to include the Hamburg steak on their menu.

When Did It Become a Sandwich?

During the Industrial Revolution, factory workers would often seek out food carts that sold Hamburg steaks but found it difficult to eat them at work. That’s when an unknown chef came up with the idea of putting these patties between two pieces of bread to make it easier to hold and eat. Thus, the first burgers were created. From there, they spread all across America, especially after the Chicago World’s Fair in 1893, where they were written about and popularized. 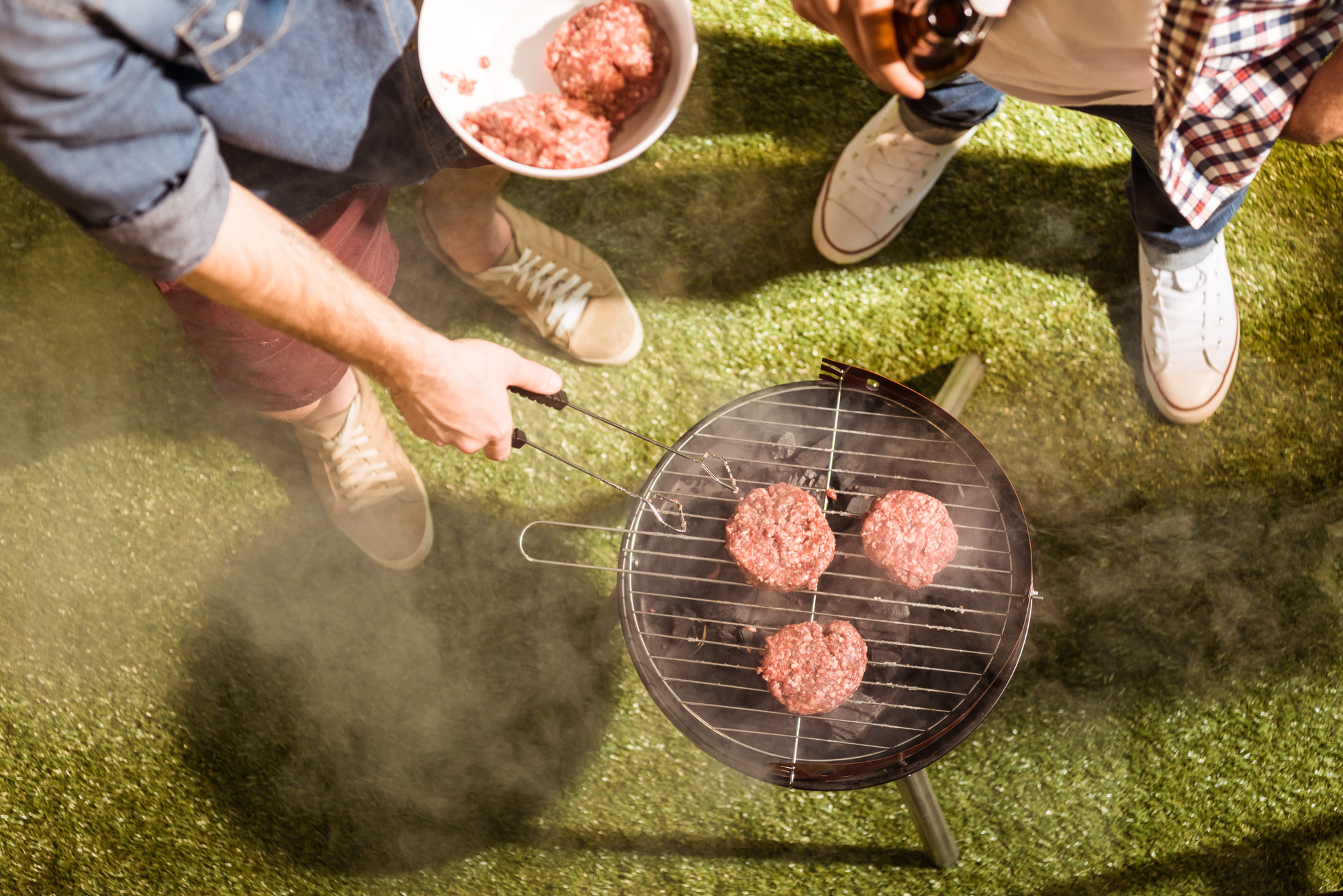 After the boom in popularity, people began experimenting with burgers. They added cheese and condiments to customize them. Then when White Castle opened its doors for the first time in 1921, it created a whole new demand and industry: fast food. Today, hundreds of thousands of fast-food restaurants serve them up to millions of people every day, and there’s a burger to fit everyone’s tastes. From Juicy Lucys to veggie burgers, everyone can enjoy a good burger.

Craving a good burger? Head over to your local Buffalo Wild Wings for delicious burgers, refreshing beers, and the best wings in town. They have several locations across the Northeast region, from New York and West Plains, NY, to North Haven and Danbury, CT. Check out the menus on their website and stop by one today.
Share
Story
Like us on Facebook
Follow us on Twitter
Review us on Yelp
Review us on Google