It’s one of the most commonly devoured foods at sports bars across the country. It’s usually enjoyed with a dipping sauce, and it’s easily one of the most popular finger foods enjoyed during football season. But as you bite into your buffalo wings, do you ever wonder about their origins? Here’s a little bit of background about this age-old favorite.

The Origins of Buffalo Wings 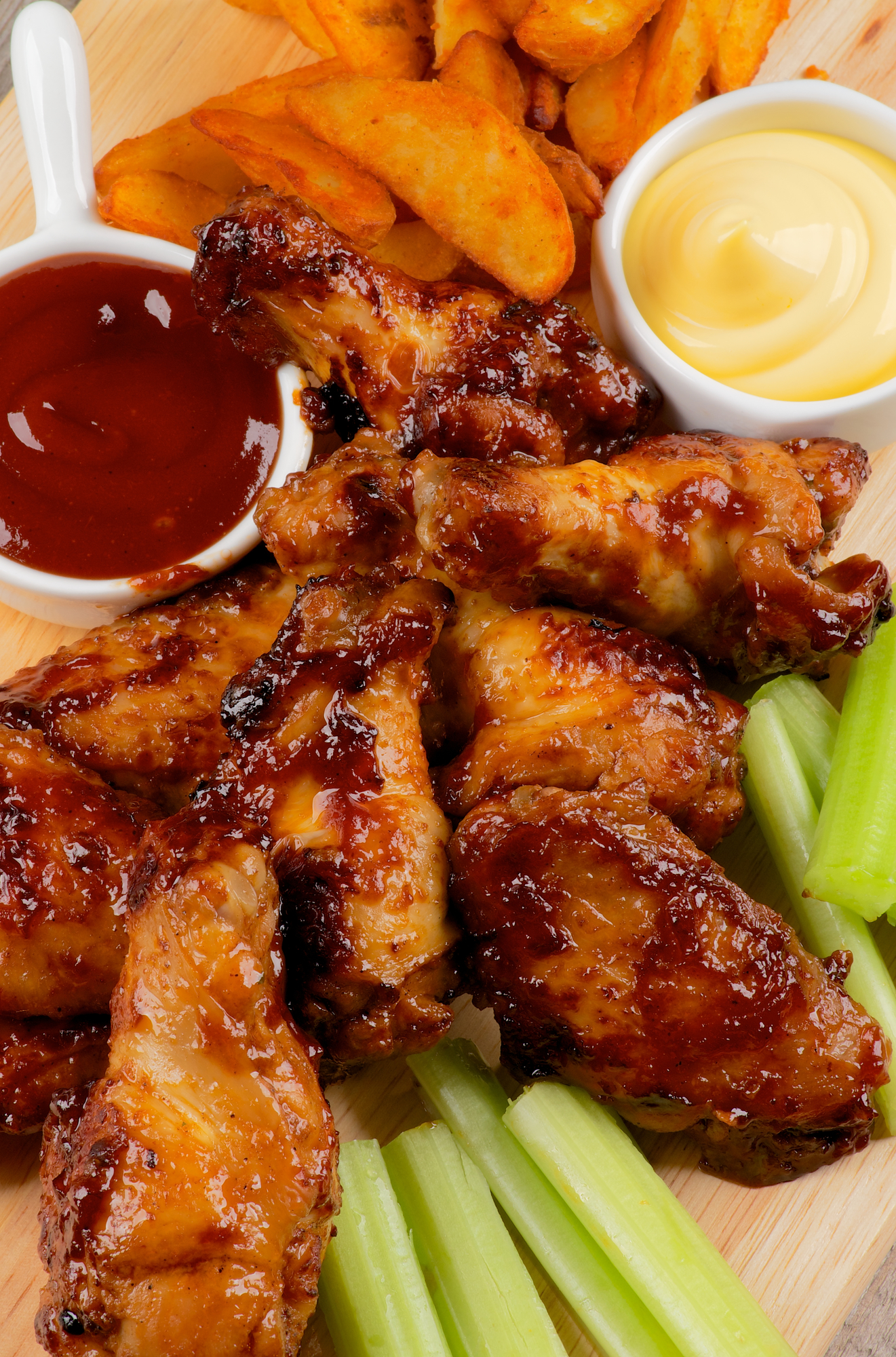 Although chicken itself has been a longtime staple around the world, it wasn’t until 1964 that the humble buffalo wing made its debut. That was the year that Teressa Bellissimo, the co-owner of the beloved Anchor Bar restaurant in Buffalo, NY, decided to concoct something different for her son and his friends one night. She took a few leftover wings and prepared them in hot sauce.

The creation was a hit, and it quickly became an area sensation thanks to the enterprising partnership between Belissimo’s son, Dominic, and Dick Winger, who provided hot sauce to the establishment. They traveled around the country to promote both the wings and the sauce, and soon restaurants everywhere were serving their own take on the flavorful buffalo wings.

Of course, wings aren’t just wings on their own—they’re usually served with a couple of significant partners, namely celery sticks and blue cheese dressing. Teressa added these to her dish and diners throughout Buffalo grew to love the meal for both its convenience and zesty flavor.

Because culinary history is often wrought with disparities, it’s not surprising that there is another purported version of events regarding the invention of the humble wing. John Young, who owned a restaurant called Wings n’ Things, claimed that his establishment was, in fact, the first to lay claim to the chicken dish. He served his with hot sauce, too, right around the middle of the ‘60s. History tells of a couple of key differences between the two: the Bellissimo version was unbreaded, while Young’s were coated in batter.

If you’re craving delicious buffalo wings in Danbury, CT, look no further than Buffalo Wild Wings. With 19 convenient locations throughout Connecticut and New York, the restaurant specializes in delicious American food with a tasty twist. You’ll find everything from mouth-watering chicken wings to loaded nachos to hearty burgers. Have a seat at their sports bar and catch up with friends as you indulge in a few favorites, or grab a seat and enjoy some hot wings with the family. Visit them online to browse their menu.