Pizza is easily one of the world’s most ubiquitous foods. The beloved concoction marrying cheese and tomatoes on a rounded slab of flat dough is available in many iterations, but it’s only known by a single name. What are the origins of the dish often referred to as a “pie”?

How Pizza Got Its Name

The first known mention of the word “pizza” occurred in Gaeta, Italy, in 997 AD. Written in medieval Latin, the text reportedly lists the foods that tenants near the Garigliano River were to provide local Gaeta archbishops as tithes each year. Among the mentions are “duodecim pizze,” or 12 pizzas, given every Christmas and Easter. 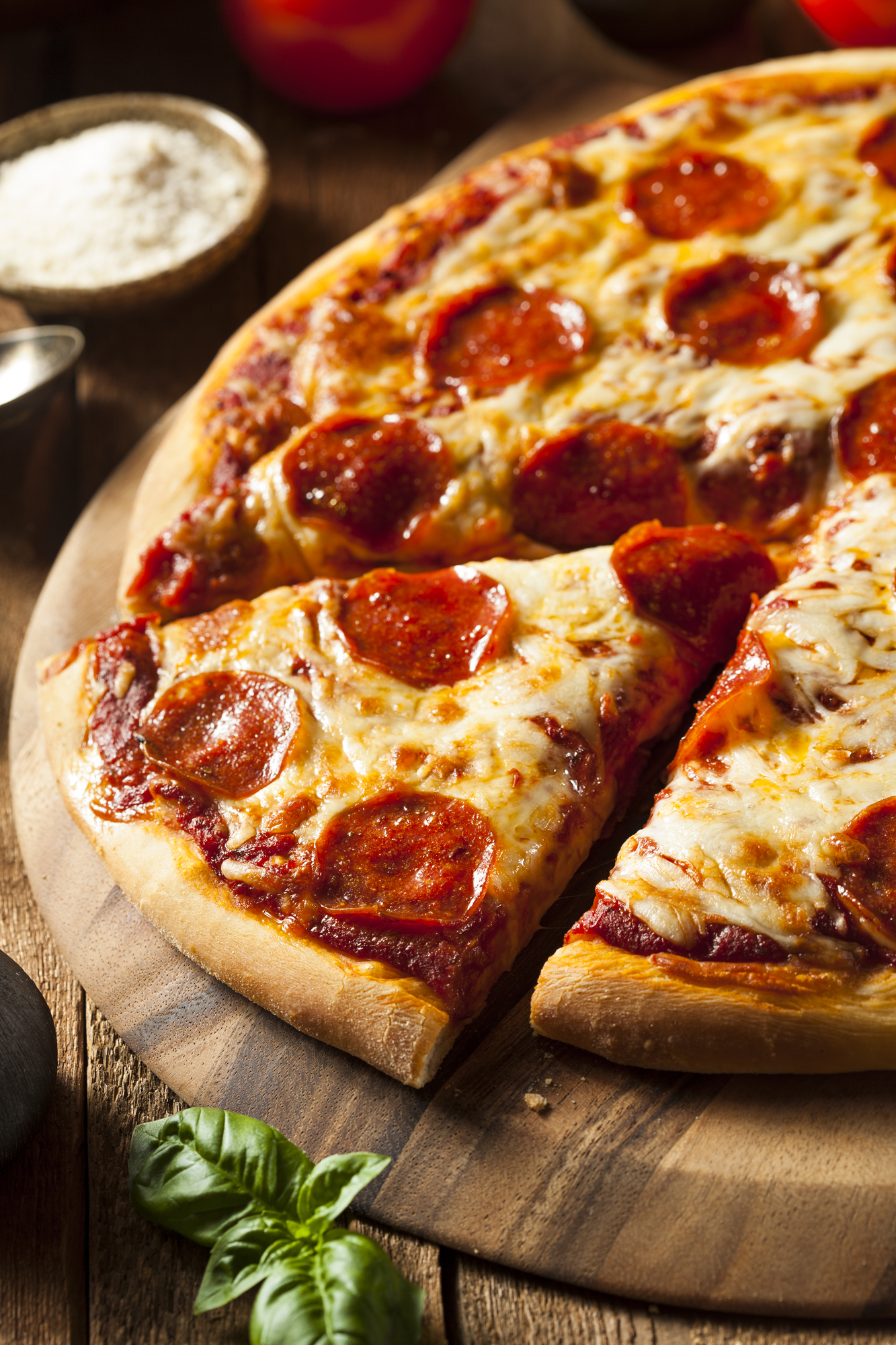 The tomato itself was not yet a known ingredient in Europe, however, largely because many believed that it was a dangerous fruit that might cause sickness and poisoning. As such, the earliest pizzas were likely not representative of the popular pies widely known today. Instead, they may have been simple pieces of dough, similar to pita bread, and lacking the customary toppings of today.

The modern dish’s popularity can be attributed to King Umberto I and Queen Margherita, who traveled to Naples in 1889. Reportedly bored with the typical French meals served to them throughout the day, they requested something with a more local flavor. The Neapolitan baker, Raffaele Esposito, prepared an open-faced dish covered in generous helpings of tomato sauce and mozzarella cheese. He finished it with basil to represent the vibrant colors of the Italian flag and presented it to the King and Queen. The Queen loved it so much that it was said to be anointed in her honor—and thus, the Margherita pizza was added yo Italian restaurant menus worldwide.

Although loved by the elite, the dish also became popular in large part for its affordability. Many local cooks would prepare pizza to feed the area’s poorest residents, who were permitted to eat it and pay for it at a later date. Collecting the debt days later made it possible to feed the needy. From these humble early beginnings to the highly inventive recipes of today, pizza has long enjoyed a long and devoted following.

Locals throughout the Bronx, NY, turn to Emilio’s of Morris Park to satisfy all of their pizza cravings. As the area’s leading Italian restaurant, they’re proud to offer a diverse menu of foods for everyone in your group. You can even place an order for pizza delivery or carry out if you prefer to dine in the comfort of your own home. To place orders easily, simply text “Emilios” to 33733 to download their free app. And if you’re looking for an easy way to surprise someone, consider a gift card from the restaurant! Visit them online to browse their Italian food menu, or give them a call at (718) 822-6758 to place an order. While cooking meals is a staple activity in most households, there are several compelling reasons to place an order from your favorite restaurant every so often. Takeout is...read more
4 Types of Regional Pizza in the United States Enjoying diverse regional cuisine is one of the best parts of living in the United States. If you're a pizza lover, you'll find a variety of pies depending on where you live. They pr...read more
3 Reasons People Love Tiramisu Tiramisu is likely a staple on the dessert menu of your favorite Italian restaurant. If you've never tried it, you're missing out on an indulgent treat with layers of flavor. Whether...read more
3 Italian Foods That Are Perfect for Picky Eaters Whether they’re five or 50 years old, if there’s a picky eater in your family, you know how difficult it can be deciding what to eat for lunch and dinner. Thankfully, if you’re in th...read more
Like us on Facebook
Follow us on Twitter
Review us on Yelp
Review us on Google