When you're in the mood for raw seafood, sushi and sashimi are the obvious options. While they're similar and are sometimes served at the same restaurants, each of these dishes has its own distinguishing characteristics. Here's how you can tell them apart. 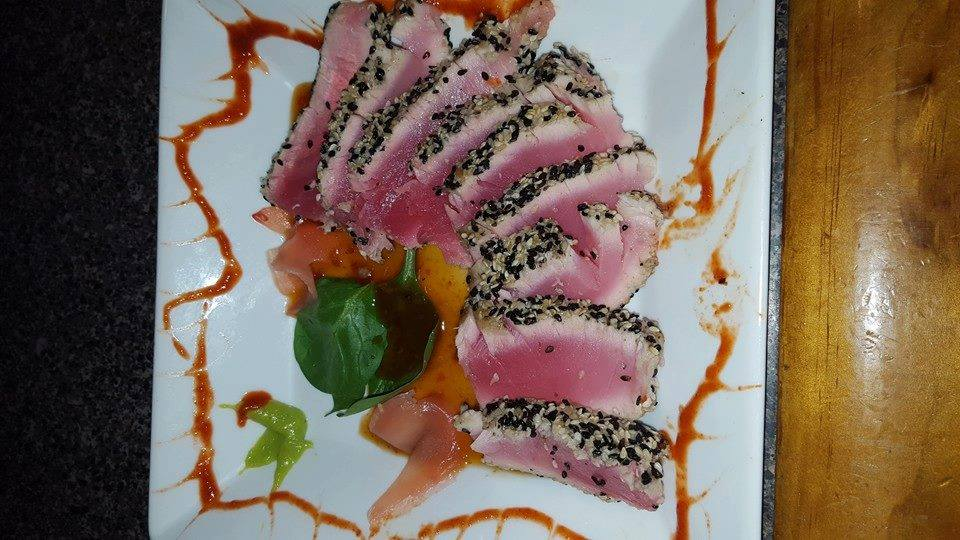 Technically, the word "sushi" refers to the rice in the dish — not the fish. Sushi rice is mixed with vinegar, thus the name; "su" means vinegar and "shi" comes from the word for rice. The vinegared rice is in sushi either formed into small mounds topped with fish or rolled with sheets of seaweed and other ingredients. Sashimi doesn’t use rice but instead is made of thin slices of fish served with only a garnish and dipping sauce. The word sashimi means "pierced body," probably due to the historical practice of labeling the fish by skewering the tail and fins to the sliced meat.

While the rice is the defining difference between the two dishes, there are other differences too. With the exception of octopus — which is sometimes cooked — sashimi is always raw. Fish sashimi is most popular, particularly in the U.S.; in Japan, you can find other types of meat served in this style. Sashimi uses only very high-grade fish to ensure the best flavor. Sushi employs a wider range of ingredients — including vegetables and egg — and can include cooked fish.

For delicious sashimi and other seafood, visit Tin Top Restaurant & Oyster Bar in Bon Secour, AL. Serving Baldwin County for 15 years, they boast live music on Thursday evening and some Sundays alongside the area's most fantastic food. Whether you're planning a night out or a big party, the top-quality service at this family-owned restaurant will make your evening even more enjoyable.

Welcome to Tuesday yall!  The Tin top is open for lunch and Dinner 7 days a week! Also the Fish Head Bar and Deli is open! Come get some smoked mullet and customs cuts of meat!...read more
Saturday Charming seafood restaurant in the heart of Bon Secour. Spectacular food and family-friendly atmosphere. Open 7 days a week. Come in to taste the freshest, local ingredients around! read more
Guest Chef Here This Evening At The Tin Top!

Guest Chef Here This Evening At The Tin Top! Welcome Chef Jason Rodriguez! He will be cooking up a seafood extravaganza! Come enjoy a delicious Crab and Shrimp Stuffed Cannelloni s...read more
A Brief History of Gumbo Gumbo is a hearty stew that combines fresh vegetables with the thick meatiness of crab, shrimp, or another protein. This dish has become a cultural staple in the ...read more
WE WILL BE CLOSED ON FEBRUARY 25TH FAT TUESDAY