In recent years, a number of prominent stand-up comedians have been expanding their brand and reach with podcasts, as a way to speak freely, interview others in the business, and provide commentary on current events before the comedy clubs open. Podcasts burst onto the social media scene largely in part due Marc Maron’s wildly successful WTF, wherein the veteran comic interviews guests from the friendly confines of his feline-filled garage. Its inception in 2009 signaled a shift for stand-up comics and the way to disseminate their voices to their fans in an unfiltered fashion. Rather than dividing their musings into 140-character chunks, they could simply create a free podcast to be immediately downloadable and freely promotable on whatever social media sites they so desire.

After WTF, other comedians quickly followed suit. Chris Hardwick, Joe Rogan, Adam Carolla, Jeff Garlin and Bill Burr all went on to run their own similar podcast and benefited largely from doing so. The podcasts have oftentimes massively widened the fan base for said comedians and expanded their reach and impact entirely. Some Stand Up NY favorites have also gotten in on the fun! There is Dante Nero’s The Beige Phillip Show, The Brilliant Idiots from Andrew Schulz, Sherrod Small’s Race Wars and Damien Lemon’s In the Conversation among many more. The numbers keep growing, and every day another great comedian is finding a supplement to their live on-stage work in the form of podcasts.

Spike's I Am Chris Farley is a documentary film that tells the bittersweet story of one of the most innovative and outrageous comedians who ever graced the stage and screen. I Am Chris Farley, a Spike documentary event. Premieres Monday, August 10th at 9/8c on Spike. ...And own your copy of The Chris Farley Show: A Biography in Three Acts by Tanner Colby & Tom Farley, wherever books are sold. 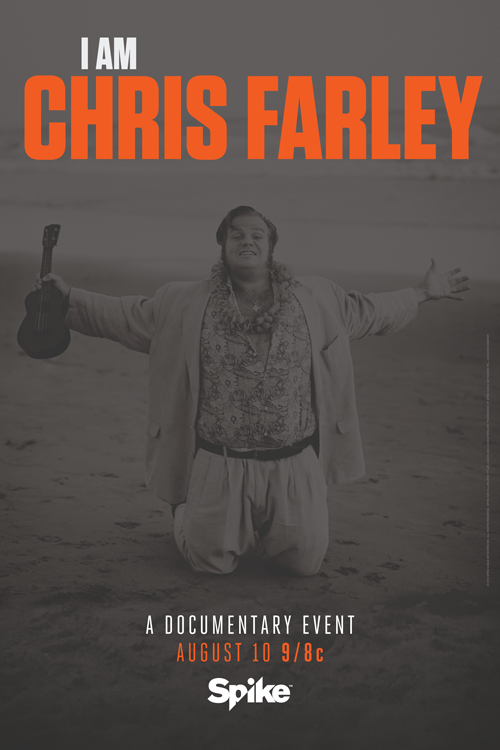