Everything You Need to Know About Fried Pickles June 7, 2019 Appetizers can be the defining dish at a restaurant and are often where chefs like to experiment with ingredients. Fried pickles are a great example that restaurants love to put a unique spin on. These tasty sides have an interesting history, and as a versatile snack, are perfect for your next trip to dine out.

Fried pickles were popularized in the South and are primarily made by deep-frying thin slices of pickle. The first recipe for this appetizer appeared in the Oakland Tribune in 1962. It was labeled “French Fried Pickles” and required sweet pickles and pancake batter as the main ingredients. Later popularization is attributed to Bernell “Fatman” Austin, owner of the Duchess Drive-In. Since 1963, he’s served them once a year at the annual Picklefest in Atkins, AK. Fatman’s secret recipe and success created a growing interest in the South, and restaurants throughout the region began selling their own take. 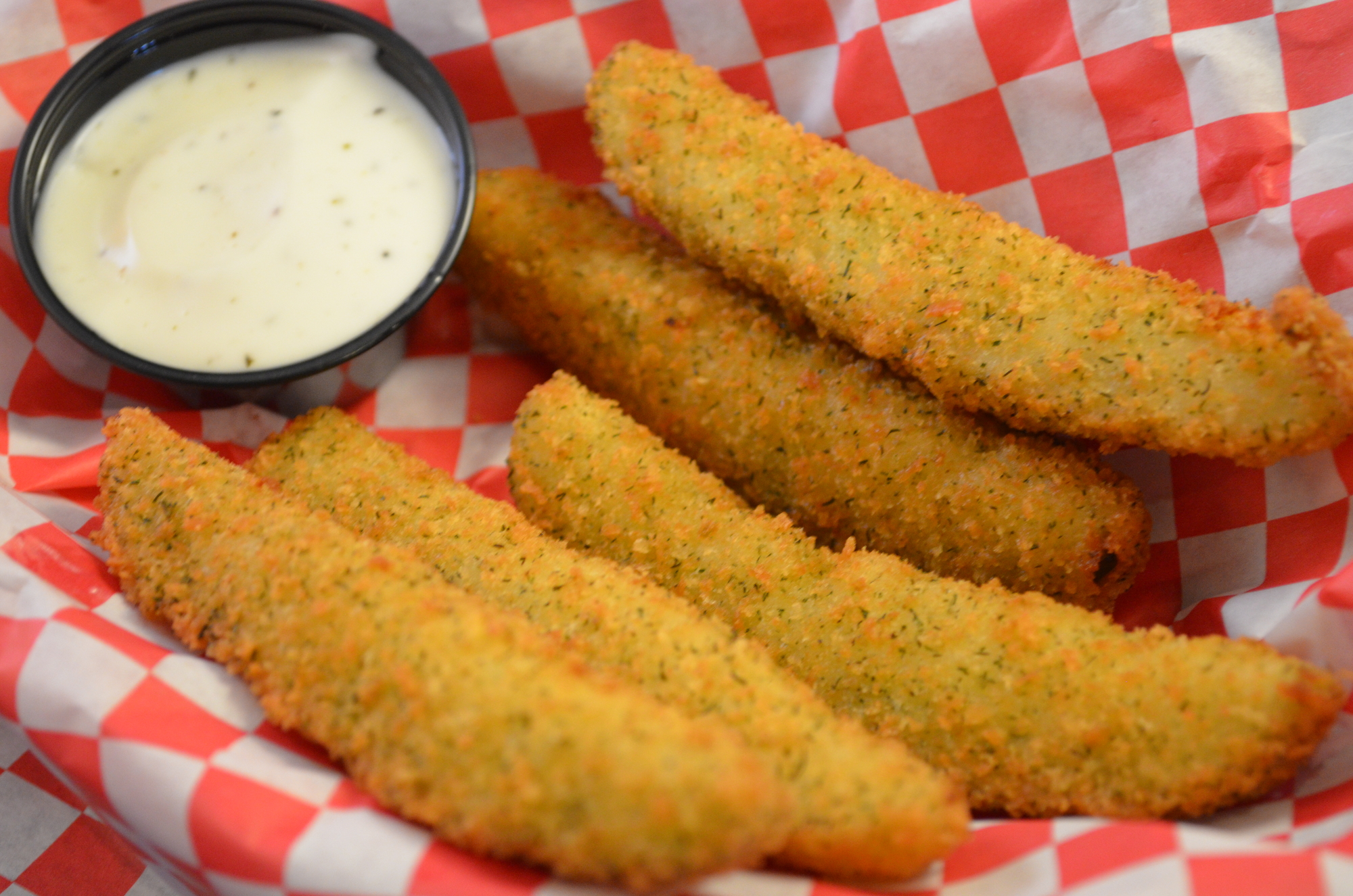 In 1969, The Hollywood Café in Mississippi dubbed itself “Home of the Fried Dill Pickle,” and the dish spread westward, most popularly served as a fairground snack. It has since been adopted into all sorts of variations and is served as both an appetizer and side at restaurants.

How to Eat Fried Pickles

The general fried pickle recipe is the same: deep fry Frech Fry-sized slices of pickle. You can try different types of pickles and create different batters to taste. Deep-fried pickles are served with a number of sauces, including ranch dressing, remoulade sauce, Cajun dipping sauce, and other tangy, spicy, and savory options. Because they’re so versatile, they work alongside most dishes. Try them alone for a quick snack or with a burger, wings, or another favorite next time you visit a sports bar.

If you’re interested in trying fried pickles, Buffalo Wild Wings is the place to go. With restaurant locations throughout New York and Connecticut, you’ll find a variety of mouth-watering appetizers, American food, and their famous wings alongside premier sports entertainment. Bring the family for dinner or catch your favorite team on their big screens. Visit their website to explore their menu and connect on Facebook for news, deals, and updates.