When it comes to quality western wear, few brands beat Lucchese®. These luxury cowboy boots are some of the best on the market, and they have the history to back it up. The Lucchese family has been crafting these boots for over a century. This guide highlights some of the brand’s key historical moments so you can understand what went into the boots on your feet.

Lucchese bots trace back to the 1860s in Italy where Salvatore Lucchese was a shoemaker. He emigrated to the United States two decades later and settled in Galveston, TX, with his brother Joseph. In 1883, the brothers started a bootmaking shop in San Antonio. This set the foundation for their western-wear legacy.

By the early 1900s, the boots were gaining popularity around the state, and the company sold their first pair in Mexico. Sales continued to rise; Robert J. Kleberg Sr. of King Ranch — one of the largest ranches in the world — purchased a pair.

In the 1920s, Salvatore Lucchese had a stroke, and his son Cosimo took over the business. Salvatore died several years later. As the century continued, celebrities like Bill Crosby and Josephine Hutchinson bought Lucchese boots. Then in 1949, the company created a custom collection of cowboy boots for Acme Boot Company to represent the state of Texas. 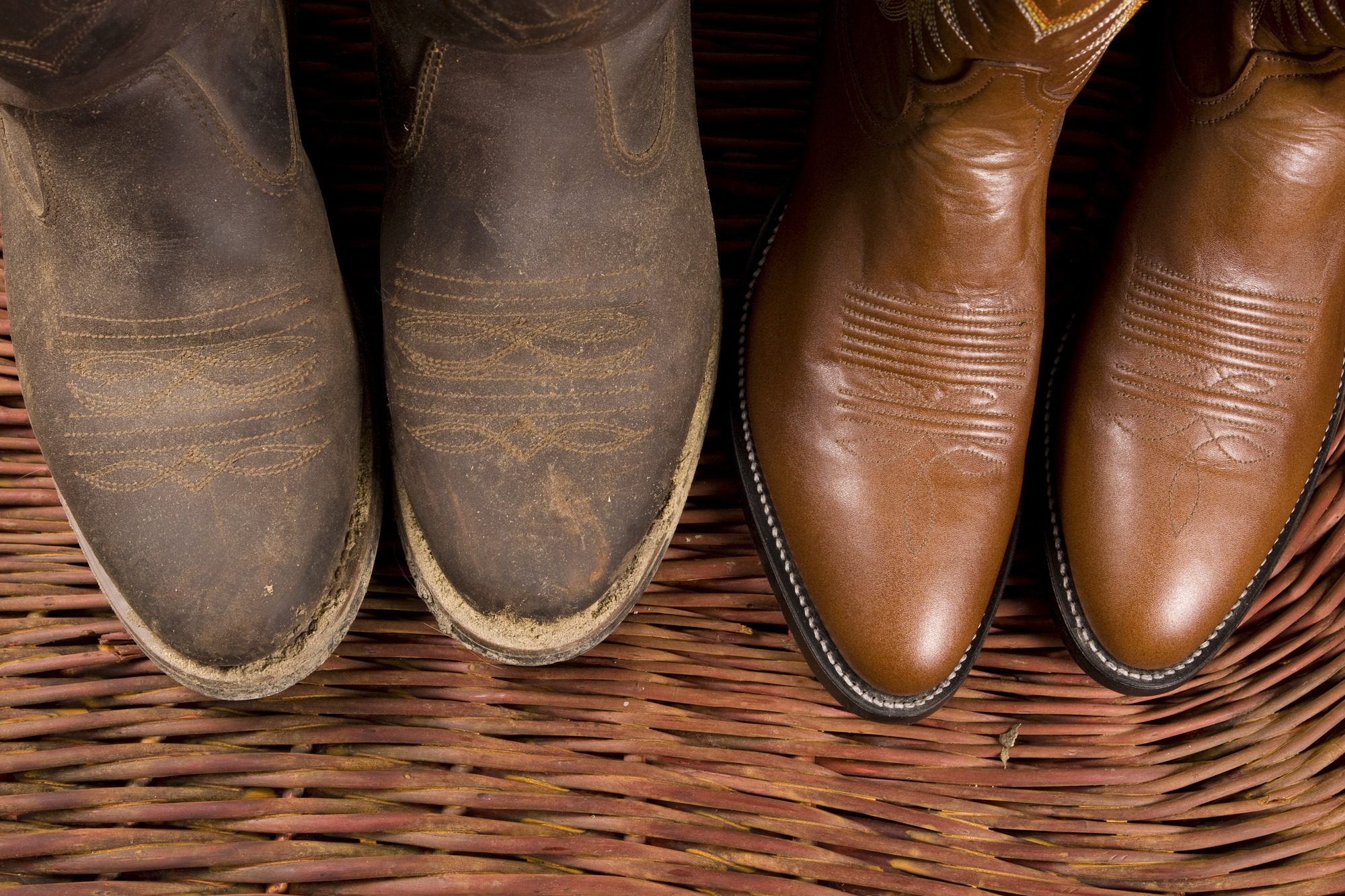 The popularity of the boots continued to grow throughout the 1950s. In the ‘60s, the Kennedy’s were fitted for Lucchese boots, and President Lyndon B. Johnson wore a pair at his Texas ranch.

The Blue Bell Corporation purchased Lucchese in 1970, and the brand continued to gain national and international recognition. Several politicians, including George H.W. Bush, Arnold Schwarzenegger, and Texas Governor Rick Perry, all sported their own pairs of cowboy boots. At the turn of the century, the company began outfitting and sponsoring athletes in the United States and internationally.

When it comes to cowboy boots and western wear, Liberty Western provides quality products for residents in Lebanon, OH. This team has been selling cowboy boots, horse equipment, and animal feed for over 20 years. Their experienced staff can help you navigate their inventory and find the best possible products for your needs. And if you are a 4H or Farm Bureau member, you can qualify for a discount. To learn more about their extensive selection of western products, visit them online. Call (513) 933-0900 with any questions.

Share
Story
Other Announcements, Events and Deals from Liberty Western
3 Tips for Maintaining a Horse Saddle Horse saddles are essential pieces of equipment for horse owners, and they require specialized maintenance to extend their lifespan. Not only will they keep you comfortable, but...read more
What Are the Differences Between Composite & Steel-Toe Work Boots? Safety work boots are required in many professions that involve hazardous environments or heavy machinery. They commonly come in two forms: steel-toe or composite. When cho...read more
A Guide to Wearing a Bolo Tie If you’re exploring the idea of adding something distinctive to your wardrobe, considering a bolo tie. No ordinary accessory, a bolo tie is a key component to wes...read more
3 Benefits of Horseback Riding Engaging in physical hobbies like horseback riding improves your physique and mental health. Each activity—from carrying the tack to improving your balance on horseback, interacting ...read more
3 Reasons to Add Miss Me & RockRevival Jeans to Your Wardrobe Whether you horseback ride as a hobby or participate in competitions, having the right gear for the occasion is key to a steady, comfortable ride. Western apparel, including jeans, i...read more
Like us on Facebook
Review us on Yelp
Review us on Google