Pepperoni is the most popular pizza topping in America. Before you bite into your next oven-fresh, piping-hot slice, you might be interested to know where this spicy creation comes from and why it looks and tastes the way it does. Here are three fun facts about the history and characteristics of these savory circles.

A Primer on Pepperoni

1. It Gets Its Color From Spices

Pepperoni is a variety of salami, a thinly sliced sausage made from pork and beef. It gets its fiery, bright-red color and spicy, smoky flavor from paprika – a powder made from ground-up red pepper pods – and chili peppers. The color is also influenced by sodium nitrite, an ingredient used to cure the meat, which reacts with the ingredients and turns them a vivid crimson hue. Because it's so spicy, it's almost never eaten alone, but is used as a pizza topping or a calzone filling. 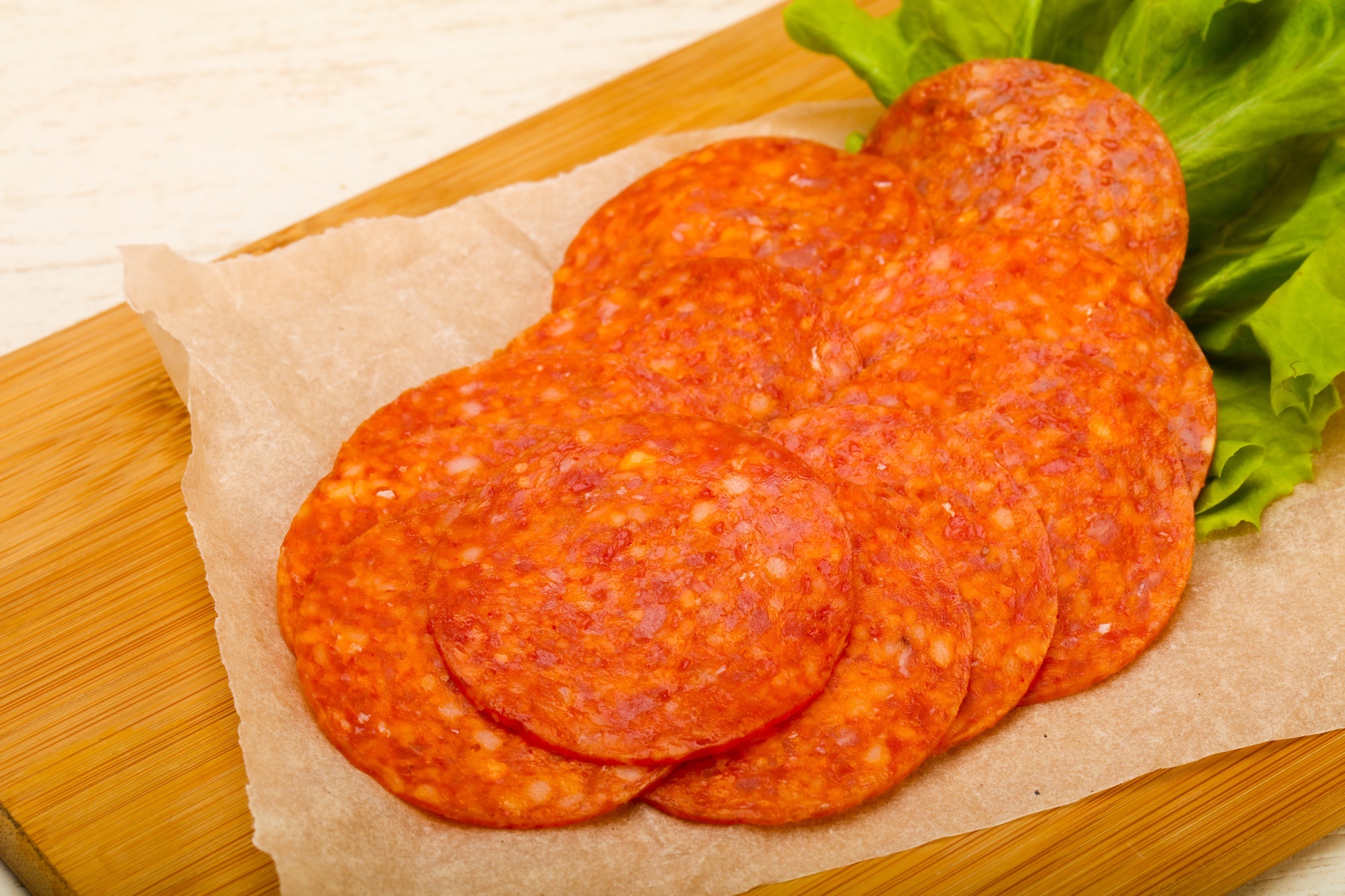 While the name "pepperoni" is borrowed from the Italian word for bell peppers, pepperoni is a purely American invention that emerged at immigrant-owned butcher shops in the early 1900s. While similar in consistency and taste to some kinds of Italian dry salami or Calabrian soppressata, you won't find pepperoni pizza on menus in Italy.

3. The Curl Is in the Crafting

Pepperoni is made by stuffing a meat filling into a tube-shaped casing. Most manufacturers use a narrow casing which stretches as filling is added, so the filling flows faster down the center than the sides. This causes a u-shaped pattern inside the sausage, which becomes more noticeable when the sausage is cooked, resulting in pepperoni's characteristic crisp-edged curl.

For delicious pepperoni pizza in Rochester, NY, visit Colombini's Pizza & Deli. For over 35 years, they’ve provided Monroe County with mouthwatering pies topped with rich, melty cheese and fresh, flavorful ingredients that will please meat lovers and vegetarians alike. Their crusts and sauces are handmade daily for the finest Italian dining around. To order, call them at (585) 889-2213 or view their menu online.