Everybody knows that Two Boots is NYC’s hottest pizza place. Bringing the best of the Old World and mixing it with the New, Two Boots prepares delicious Italian and Cajun cuisine, serving up everything from po’ boys and heros to pizzas inspired by the silver screen. But what else would you expect of a slice joint founded by two independent filmmakers? 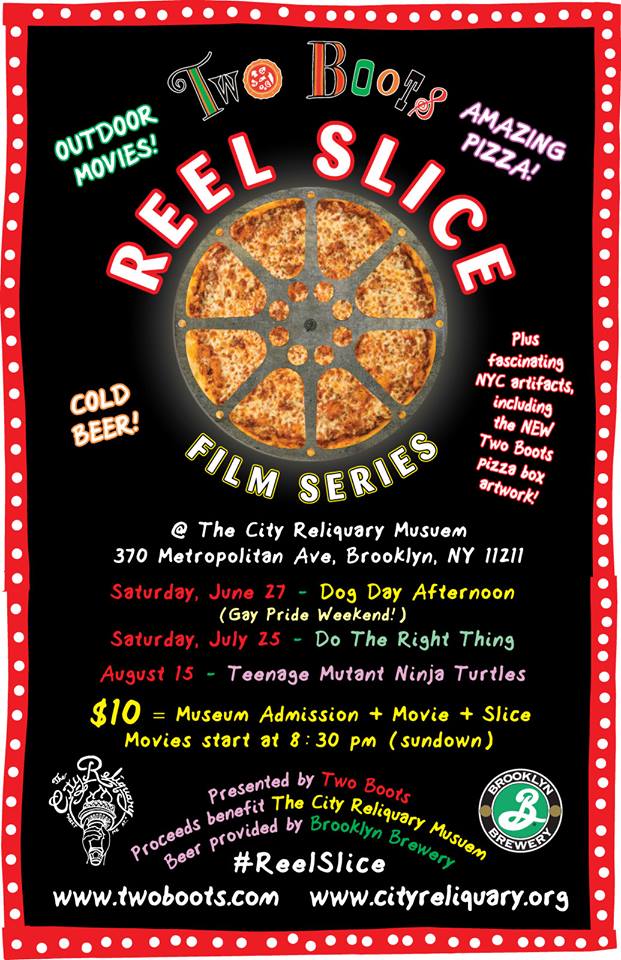 If you haven’t already heard, Two Boots is teaming up with Brooklyn Brewery this summer to bring you the Reel Slice Film Series. But this ain't just any ol' retrospective. Hosted by The City Reliquary Museum, a local antiquarium & community organization, these movie screenings take place outside under the stars with pre-movie trivia, beer and amazing pizza from Two Boots.

On July 25th, the Reel Slices Film Series is featuring the 1989 Spike Lee classic, Do The Right Thing. If you haven't seen it, you're missing out on one of the best NYC movies of all time. Starring Spike himself, along with an all-star cast including Danny Aiello, Rosie Perez and Samuel L. Jackson, this indie milestone is about escalating racial tensions in the Bedford-Stuyvesant neighborhood of Brooklyn during the late 80s – and how it all revolves around a local pizzeria.

For those of you who have already seen Do The Right Thing, what better way to enjoy this classic than on a Saturday night outdoors with your friends over pizza and drinks? Go check out the event page on Facebook and purchase your tickets here. Already got plans? Go check out the menu at Two Boots for local delivery.