Celebrating birthdays is a practice that dates back thousands of years. One tasty part of that celebration that adults and children alike look forward to is the cake lit with candles. While birthday cakes are delicious and fun, there’s a lot of history behind this tradition that made it what it is today. Learn about the history and meaning behind these cakes for the next time you buy one for a friend or family member.

The History of Birthday Cakes

The Beginnings of Birthday Celebrations

The first celebrations of birthdays recorded are from the ancient Egyptians. When their Pharaohs were crowned on their birthdays, it was believed they became gods. This warranted a big coronation and birthday celebration. Meanwhile, the ancient Greeks worshiped Artemis, the goddess of the hunt and the moon. They would bake moon-shaped cakes, cover them with lit candles to glow like the moon, and take them to Artemis’ temple as an offering for their birthday. 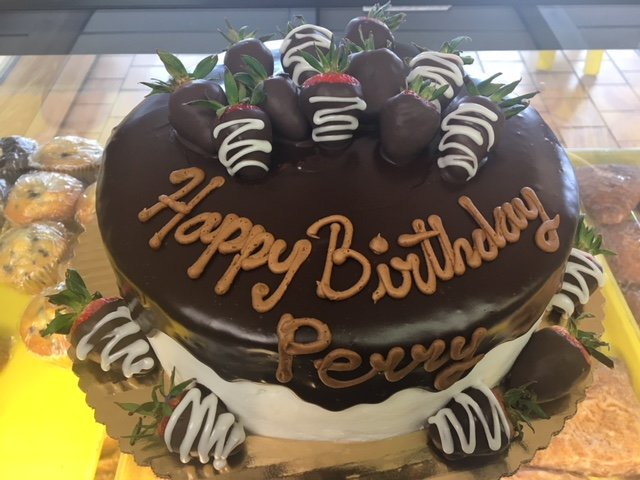 In the 18th century, the German celebration of “Kinderfeste” brought about our modern traditions to children’s birthday celebrations. On the morning of their birthday, a child would receive a cake with a candle on it for each year of their age. They had one additional candle called the light of life, which was a sign of hope for another year of life. The candles would burn all day, and after dinner, the child would make a wish and blow out the candles. Just like today, they would try to blow out all the candles at once and would keep their wish a secret.

After the Industrial Revolution, ingredients for cake became much more affordable and readily available. People could make their own birthday cakes, or they could buy ones from the local bakery shops. This made the practice the common tradition that it is for people of all ages today.

If you’re going to participate in a long-standing tradition, then it’s best to do it properly! Emerson’s Bakery is known for its wonderful selection of mouthwatering birthday cakes. Since 1970, they have stood out among local bakeries in Florence, KY, for their delicious fresh-baked goods. Take a look at their selection on their website and call (859) 371-9228 to order your cake. A birthday cake should be delicious, beautiful, and fit the theme of the party. Whether you’re planning a children’s party or throwing a bash for your spouse, a personalized cake des...read more
A Brief History of the Wedding Cake

When you imagine a wedding, one of the first images is the cake. Unlike the rings or the attire, it is for everyone, not only the couple at the altar. Like many c...read more
The History of Key Lime Pie

Key lime pie has been a favorite dessert of Americans for multiple decades and is available in most bakeries. Made with key lime juice, egg yolks, and sweetened condensed milk, ...read more
Why New York Bagels are the Best

Although some people find it challenging to choose a tempting treat when they stop into their favorite bakery, others know precisely what to select and often pick up the same or...read more
Why Should You Treat Employees With Food?

When you manage an office or small business, building productive teams of employees should always be on your mind. One easy and cost-effective way to ensure a happy work culture is b...read more
Like us on Facebook
Review us on Yelp
Review us on Google