Football is a quintessential part of Americana, with college and the professional leagues being staples in the sports world. Each has distinct differences, and if you’re gearing up to hit the sports bar this weekend for gameday, it’s important to understand each so you know what’s going on. Here’s a brief breakdown of what makes each unique.

College football players have to be enrolled in the school they’re playing for and be passing their academic courses to play. They aren’t paid by the school or any league and are considered amateur athletes. Professional football players are those that excelled in college and go on to join a pro team. They sign contracts and are paid. The player pool for the pro league is significantly smaller; in the U.S., there are over 770 colleges that have football programs. 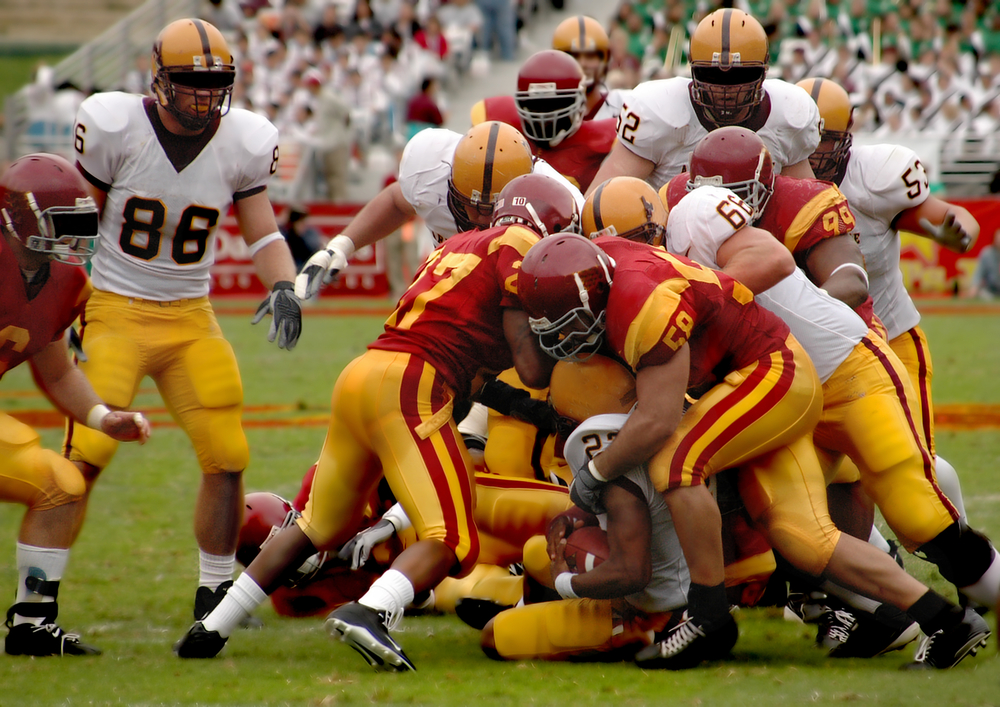 The professional football playoff system takes the top teams from the four division along with two wildcard teams with the second-best records in their conference. Throughout the college season, teams are ranked based on their performance, with the top 25 being highlighted. This ranking can change throughout the season. At the end, a 13-member selection committee chooses four teams to face off in the playoffs. Beyond this, other ranked teams can qualify for games at the end of the year. Get familiar with each to impress your friends at the sports bar.

Both college and pro football follow the same general rules, with only a few differences. In college, players only need to keep one foot in bounds when catching at the sideline; the pro league requires two. In college, you can be ruled down without contact. In pro football, the clock doesn’t stop after a first down. Yardage penalties can vary, and overall, it’s designed to make the game more competitive.

If you’re looking for a sports bar to enjoy weekly football games at, turn to Buffalo Wild Wings. They offer a wide selection of American food, including wings, burgers, and fries, and have 19 convenient locations throughout Connecticut and the New York City metro area. Visit them online to explore their menu and connect with the sports bar on Facebook for regular news, updates, and deals.