You’ve often seen the ice-pack trail of tennis players, both young and old, tending to their knees, elbows, shoulders and ankle injuries…especially knees.  Many of these injuries are due to the repetition and intensity of stroke production and movement (both upper and lower extremities).  When considering the long-term impact to a player’s physical longevity and endurance, soft courts provide a distinct advantage over hard courts. 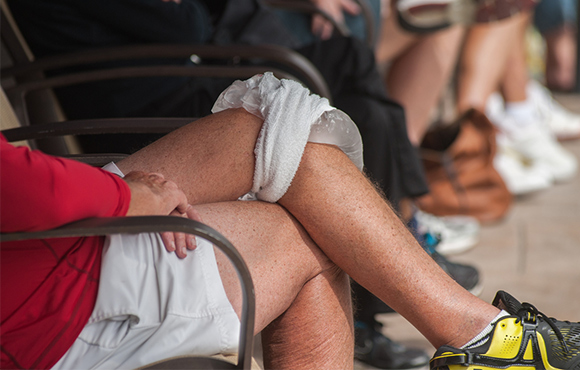 Tennis players can choose to play on a variety of court surfaces such as hard (acrylic covered asphalt or concrete), clay (crushed shale, stone, or brick), grass (short grass on hard packed dirt), or carpet, rubber, polymeric courts.  The majority of court surfaces within US tennis facilities are either hard or clay courts. Of the estimated 250,000 tennis courts in the US, 70% are hard, 14% clay, 1% grass and 15% other (carpet, rubber, polymeric, etc)1.  Often the court surface chosen by a player is due to a lack of options or player preference due to the player’s strengths.

While injuries impact all tennis players, studies have shown that the type of court surface affects the types and frequencies of injuries. Overuse injuries often occur in the upper extremities such as tennis elbow, rotator cuff tendonitis and back sprains. Upper extremity tennis injuries are mostly chronic and result from repetitive use, irrelevant of the nature of the court surface.  Traumatic injuries often occur in the lower extremities such as knee ligament or meniscus and Achilles tendon tears.  Lower extremity injuries are mostly acute and result from traumatic events and are often due to a harder court surface2.   Injury surveillance amongst elite tennis players during some US National Championships on hard courts, revealed that nearly 50% of all injuries were located in the lower extremities; an incidence almost twice that for the upper limbs and trunk and back3. 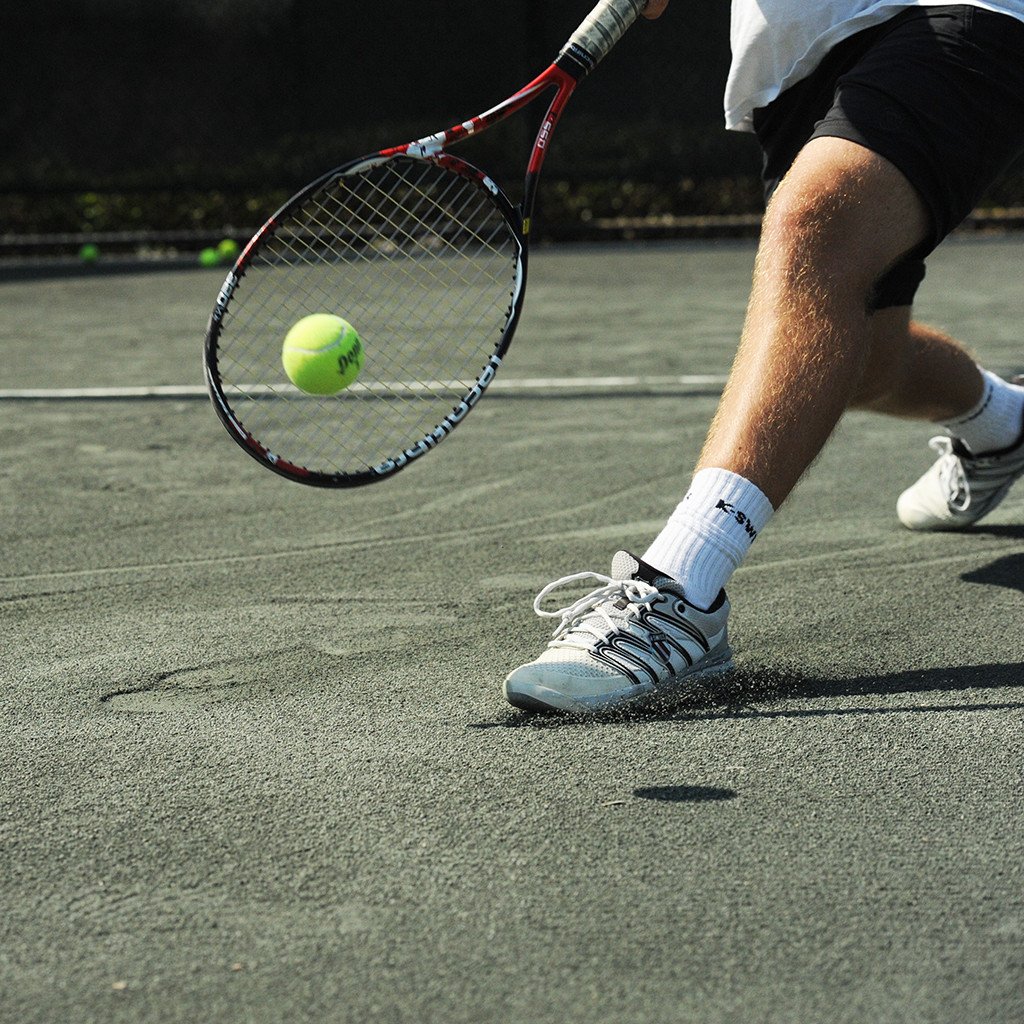 If you want to play with less stress on your knees (and body), play on a clay court.  Clay is considered the slowest surface due to friction of the clay. The clay court reduces the natural skid of the ball which tends to bounce up instead of skidding.   A shot hit without spin will lose about 43% of its ground speed after contact with the clay surface thus having a bit less impact on your arm. A shot hit on a hard court will only lose about 23% to 28% of its ground speed4.  A recent study5 indicates that the distance of player movement on a tennis court is around 30% higher on clay versus a hard court. Matches played on clay required players to cover more running distances, have fewer strokes per time interval, however still engage in more high-intensity activities than the matches played on a hard court.  Therefore, a player will have a higher aerobic benefit when playing on clay surfaces.

So the more time you spend playing tennis on a clay court versus a hard court, the greater the chance that you will avoid knee injuries.  The International Tennis Federation makes this same suggestion for players with knee injuries8.  Senior tennis players have fewer knee problems if they have spent most of their tennis careers on clay courts.

I close with a quote from a gifted clay court tennis player, “Personally, I find playing on clay much easier on my creaky old joints. I can play almost twice as long on clay as I can on hard courts. As far as falling, I agree that I tend to fall more on clay, but that is probably because I tend to be more "adventurous" in my attempts to reach shots on clay. Plus, falling on clay results in simply dusting myself off and continuing with the match. Falling on a hard court can ruin my day.”9

3. Effects of the playing surface on plantar pressures and potential injuries in tennis; British Journal of Sports Medicine,  Jun 12, 2007, https://www.ncbi.nlm.nih.gov/pmc/articles/PMC2465293/#ref10 If you’re looking for ways to improve your overall health and wellness, join Beavercreek Clay Courts Tennis Club. Outdoor tennis and pickleball are advantageous for both yo...read more
3 Reasons to Choose Tennis Over Other Sports. Read more here... Tennis can be an overlooked sport, taking a backseat to football, basketball, and baseball. But powerhouse athletes like Serena Williams, Roger Federer, and Rafael Nadal show ju...read more
Why Are Tennis Lessons Great for Kids This Summer? Read More Here Summer is coming up, and keeping children busy and active during their time off of school is important. While you may be considering a few different outdoor activities, one way to ge...read more
How Adult Beginners Can Master Tennis: Read more here! Tennis is an opportunity to give your all on the court and have a fun time while you’re doing it. People who participate in tennis 3 hours per week cut their risk of death in half fr...read more
3 Pickleball Doubles Strategies to Practice Pickleball—a popular paddle sport combining elements of badminton, tennis, and table tennis—is as much about understanding your opponents as it is about skill. While mastering specif...read more
Like us on Facebook
Follow us on Twitter
Review us on Yelp
Review us on Google