Asperger syndrome exists on the autism spectrum, which includes autism, Rett syndrome, and childhood disintegrative disorder (CDD). However, many parents with children diagnosed with Asperger’s syndrome may not know what separates it from other developmental disorders. Charis Hills Camp, located in Sunset, TX, is a place where kids with developmental and learning disabilities can come together and build a community centered around empowerment. As an Asperger’s camp, they’re here to help parents understand the key differences between autism and Asperger’s.

Autism is a fairly well-known condition, characterized by behavioral and social difficulties. Because it is a spectrum, autism affects everyone differently. Some children diagnosed are highly intelligent but have issues communicating, while others possess a fixation on gestures or specific objects of interest.

In general, autism spectrum disorder is characterized by repetitive body movements, sensory sensitivities, fixation on routines, difficulties forming and sustaining relationships, aversion to non-verbal cues like eye contact, delayed speech development, repetitive language, or difficulties with conversation. Depending on the extremity of these symptoms, autism can greatly affect the quality of life of those diagnosed and necessitate outside support. 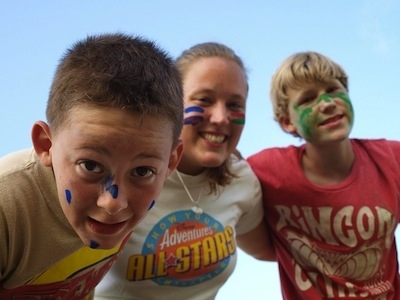 When Asperger’s syndrome was first being studied, many considered it a form of “high-functioning autism.” It was first added to the Diagnostic and Statistical Manual of Mental Disorders (DSM) as its own entry in 1994, but in 2013, it was grouped under the umbrella term “autism spectrum disorder.” Children with Asperger’s tend to have less trouble with language skills. They don’t undergo speech delays, and they lack the learning difficulties some individuals with autism face. However, many exhibit apparent social awkwardness and obsessive interests.

Someone diagnosed with Asperger’s may not hold eye contact, understand social conventions such as sarcasm, or appear to show empathy. They may also be dedicated collectors of objects, facts, or trivia. To outside observers, they could appear to be neurotypical individuals with some quirks. This is why diagnosis is often missed in young children. Parents sometimes don’t make a connection with these symptoms, leaving many with Asperger’s undiagnosed until they’re older.

How Are They Similar?

Outside of similar behaviors and communication obstacles, individuals diagnosed with autism and Asperger’s syndrome need respect, support, and community. An Asperger’s camp is the perfect place for students to share their experiences in an accepting environment. By sending your child to an Asperger’s camp, you’re letting them know that they’re not alone in the challenges they might be facing. Of course, they’ll also engage in plenty of fun, wholesome activities and make new memories along the way.

Every child deserves a space to thrive and be themselves without judgment. If you’re looking for a positive, inspiring Asperger’s camp, Charis Hills Camp offers that experience and so much more. This special needs camp has a focus on improving social skills, building confidence, teaching Christian values, and emphasizing that there is nothing wrong with being different. They provide plenty of ADD/ADHD and autism resources for students and their families, and their staff is well-equipped to handle every child’s needs. To learn more about their mission, call (940) 964-2145 or visit them online.