Hawaii is brimming with diverse animal life, but few creatures engender the same adoration as the sea turtle. While the story of this sea creature is somewhat sad—all seven species are now endangered or threatened—conservation efforts and protective laws are helping their populations. Three of those seven varieties are native to Hawaii and, if you’re lucky, you’ll be able to spot one while on a kayaking or paddle boarding excursion. To prepare you for that meeting, here is a brief guide to these native species.

Hawksbill, leatherback, and green turtles are the three types of sea turtle native to Hawaii. Of that group, the green sea turtle is the most common and also most associated with the islands. Sporting olive green and black colors, they typically grow to be about 5 feet long and weigh 150 to 400 pounds. 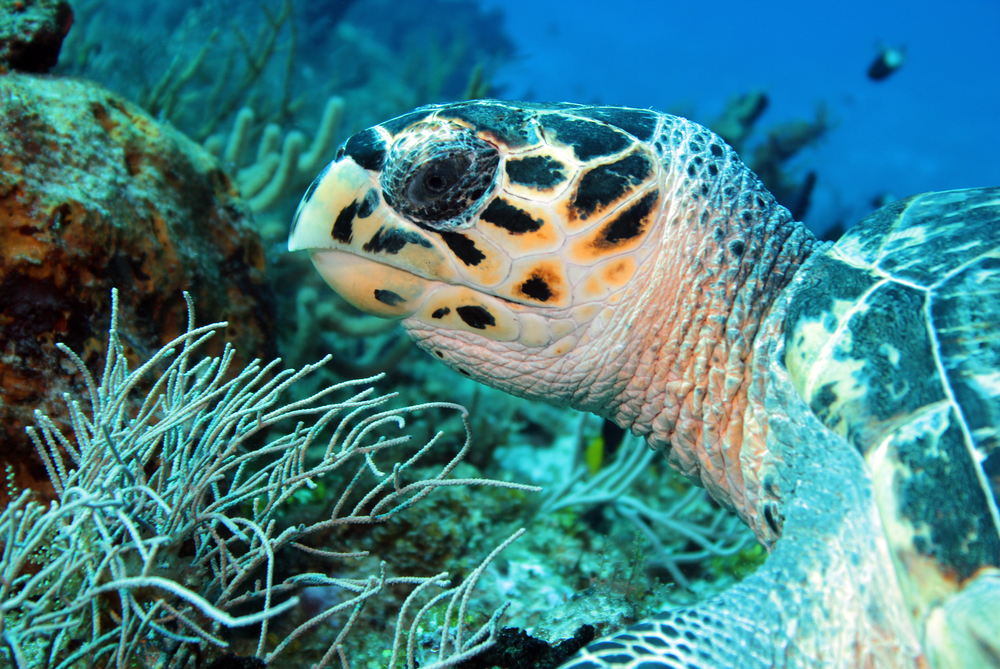 The hawksbill turtle is easy to spot with its long, curved beak. Their rusty red shell is distinctive not only because of its color, but also because of the serrated appearance of its plates. Smaller than the green turtle, the hawksbill grows to about 3 feet long and weighs around 200 pounds. They typically reside in coral reefs.

Green and hawksbill turtles may seem large, but they are nothing compared to the giant leatherback. Weighing as much as 2,000 pounds and stretching to an amazing 8 feet in length, the leatherback is the largest of all sea turtles. Its bony shell further separates it from the pack and, true to its name, its skin is tough and leathery. These giants typically prefer deep water, making a sighting less likely during a kayaking or paddle boarding outing. Scuba divers, however, may come across one every now and then.

How to Observe Turtles

While most sea turtles don’t mind company from kayaking or paddle boarding passersby, the Division of Aquatic Resource recommends staying at least 10 feet away. Using binoculars or a camera zoom will let you get up close and personal without upsetting the animal. Keep in mind that these are endangered creatures. Touching or otherwise disturbing them is against the law.

Whether you’re craving a delicious seafood dish or a kayaking outing, Tsue’s Farm in Haleiwa, HI, is the go-to destination. Since 2013, the company has delivered a mix of family-friendly relaxation and adventure that can’t be beat. Snack on refreshing shaved ice on the banks of the Anahulu River, set off on a guided paddle boarding excursion, or wind down by petting friendly rabbits. Call (808) 744-5428 to book today, or visit the website to explore their activities.