A Brief History of Acrobatics & Circus Performing May 15, 2018 Today’s aerial and circus performing evolved from a long history of acrobatics. The earliest known troupes date back to China over 2,500 years ago. Ancient Egyptian and Greek murals and artworks further depict performers balancing on staffs and bulls among other unique and impressive feats of athleticism. If you’re interested in joining the historical ranks, here is a brief guide to inspire you.

The modern circus started to take form in Ancient Rome, from approximately 800 BC to 400 AD. The “big top” was originally a large building used to display events like chariot and horse races, as well as jugglers and aerobatics. The most impressive of these was the Circus Maximus, accommodating over 150,000 spectators.

When the Roman Empire came to full power, acrobatic troupes traveled to numerous cities and towns to perform. The tradition continued well into the Middle Ages, from about 400 to 1400 AD, where smaller, one-act shows blossomed into full, dynamic performances filled with juggling, animal acts, singing, and theatrical dramas.

Around the 18th century, the circus as it is known today began to emerge. The first owner, Philip Astley, created the 42-foot circle to show off his equestrian acts, and these dimensions are still borrowed in the present day. Moreover, acrobats began using the height of these venues to their advantage, introducing tightrope walking and impressive trapeze stunts. 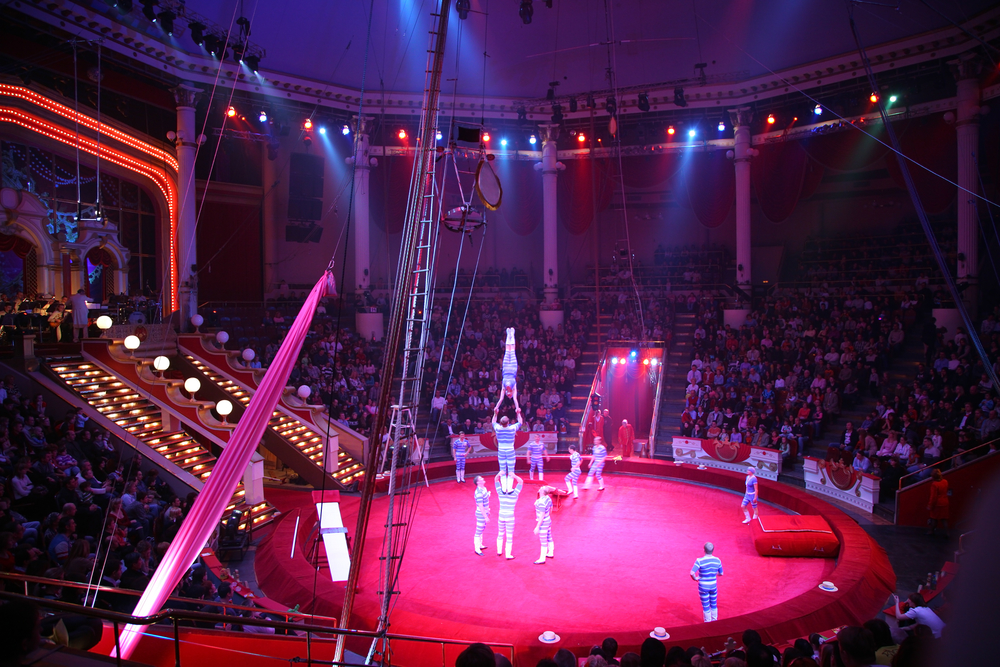 When the Circus came to America in 1792, it grew to an even grander scale. Speech and drama gave way to acrobatic and aerial performances as the main attractions. High-wire acts, in particular, drew in crowds, and The Flying Wallendas, a family of acrobatic performers, would dominate the scene up until the circus started to decline in the 1970s.

Today, circus performing has transitioned to contemporary, or nouveau cirque acts, like Cirque Du Soleil, which incorporates few or no animals. Instead, the show combines acrobatic feats with theatrics and costuming. They have also resumed their shows upon the stage, in theaters, rather than in tents, and set their work to specially composed music.

If you’d like to join this rich history of circus performing, contact New Jersey Circus Center in Morganville. They offer circus training to help children and adults build confidence through on-stage performing and get fit through aerobatics and gymnastics. Visit their website today or call (732) 705-3244 to learn more about their selection of classes. You can also follow them on Facebook to get great health advice and see what others have to say about their unique workouts. Cirque Du Soleil performances are designed to excite, inspire, and dazzle audiences. They are nationally renowned as one of the largest touring circuses in the world, producing theat...read more
3 Ways Circus Training Empowers Teens As the modern world becomes more technological and machine-oriented, juggling may not be the first skill that comes to mind when you think of new ones you should learn. But, surprisi...read more
3 Tips for Getting the Most Out of Your Circus Class Circus classes are the perfect way for kids and adults to get fit while also having the time of their lives. If you’re a first-timer, getting the most out of each session is cru...read more
Like us on Facebook
Follow us on Twitter
Review us on Yelp
Review us on Google