With kids spending more time connected to the internet and away from the outside world, they tend to lose opportunities to socialize in person and engage in much-needed physical activities. That’s why many parents send their children to summer camp. In fact, some of our most cherished celebrities attended one before they found their fame.

This actor, known for voicing several characters on “The Simpsons,” including Moe, Apu, Chief Wiggum, and Comic Book Guy, and for roles in movies such as “Godzilla,” is a former camper. He loved his childhood camping experience so much that he has since spent much of his time actively supporting various summer camp programs throughout the United States.

Patrick Dempsey was catapulted to the celebrity stratosphere with his role as neurosurgeon Dr. Derek “McDreamy” Shepherd in the highly-successful television series “Grey’s Anatomy.” He attended summer camp in his formative years. In addition to his successful acting career, he founded The Dempsey Center, a nonprofit that offers holistic programs for cancer prevention.

Known for starring in and directing blockbuster films such as “Iron Man” and its sequel, Favreau also enjoyed going to summer camp in his youth where he could engage in theater, music, and other artistic pursuits. 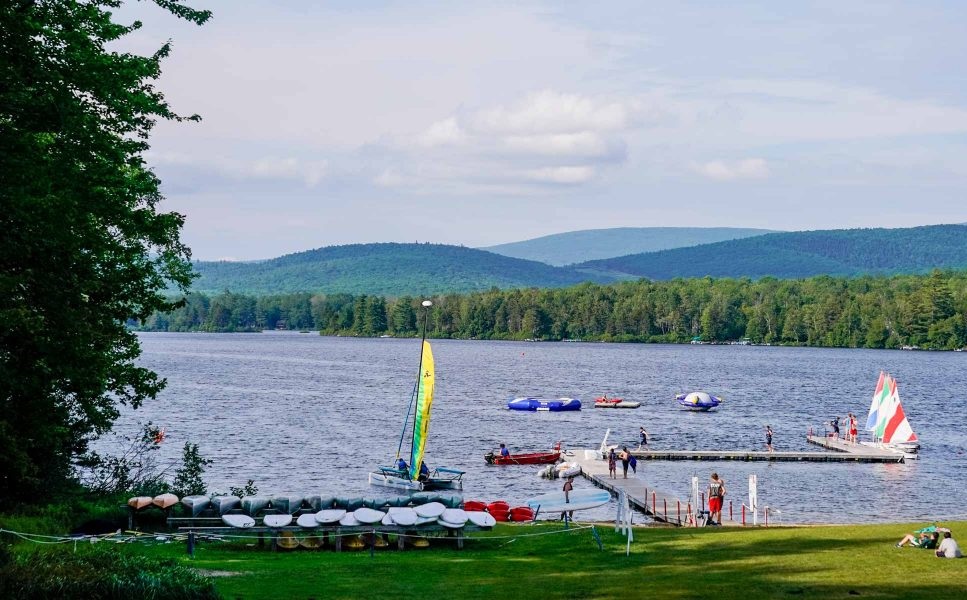 This actor, who starred in films ranging from “Superbad” and the “21 Jump Street” series to the critically acclaimed “Moneyball” and “The Wolf of Wall Street” is also a former summer camper. This seems to be somewhat of a tradition in his family, as that is where both his parents met each other at camp.

One of the most successful and famous comedians today, Sandler got his start performing in front of fellow campers. He eventually went on to become a regular at "Saturday Night Live" before starring in films such as "Billy Madison," "Happy Gilmore," "The Wedding Singer," "50 First Dates," and numerous others.

If you are planning to send your kids to a summer camp, bring them to Camp Walt Whitman. This coed camp boasts scenic views as a backdrop for its fun, outdoor activities, which include water sports, athletics, arts, and adventure. Celebrities such as Jake and Maggie Gyllenhaal have enjoyed their stay at this New England summer camp. Call (800) 657-8282 or visit their website to read first-hand stories from happy campers. Tennis is the perfect summer activity for young athletes of all types and experience levels. It’s also an inclusive, fun sport for individuals of all ages—which means your child can ...read more
5 Fascinating Facts About the Origins of Summer Camp Kids today always seem to be online or connected to their electronics, and sending them to summer camp is a good way to pull the plug and teach them hands-on, valuable life skills. W...read more
Like us on Facebook
Follow us on Twitter
Review us on Yelp
Review us on Google