If you’re craving a crispy, meaty dish packed with spices and fried to perfection, you must try kubeh. This Mediterranean meal traditionally consists of football-shaped dumplings, made from bulgar — parboiled wheat — minced onions, and meat. It has numerous spellings, including kibbeh, kibbe, kubbeh, and kubbi.  Kubeh is also the name of a restaurant located in New York, NY, and they share some of the history of this delicious Middle Eastern food.

While it’s precise history is unclear, kubeh is known to have originated in the Levant region of the Mediterranean. This covers Israel, Syria, Palestine, Iran, Iraq, Egypt, and Turkey. However, it is most popular in Lebanon where it is the national dish. It is believed by some that, hundreds of years ago, it was created as a way for low-income families with a lot of children to stretch out the meat supply. Since then, its popularity has spread and every Middle Eastern region has added their own twist.

Since its early origin, the people who created and perfected kubeh have dispersed throughout the world. In the early 20th century, several people from the Middle East started immigrating to Latin America, bringing with them their Kurdish, Israeli, and Iraqi foods. Kubeh became kibe, quibe, kipe, or quipe and developed another host of regional varieties. Wherever you look, locals seem to be enjoying some variation of this 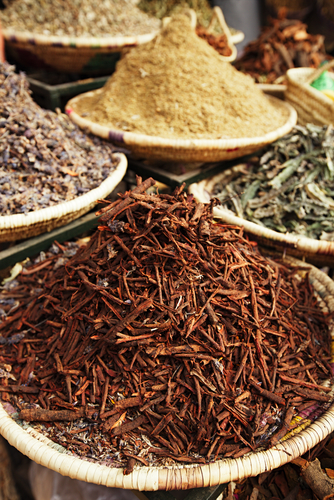 While kubeh may have originally been made from minced goat or lamb, beef, fish, and camel meats have been used in it. It can be made into dumplings, patties, and pies and can be boiled, fried, baked, or served raw. With regional spices, sauces, and stuffings, no two dishes of kubeh are the same. Enjoy diversity as you experience this Middle Eastern food.

Whatever the obscure background of kubeh, Melanie Shurka, chef and owner of Kubeh, knows that this delicious dish isn’t going anywhere. That’s why she spent time in Israel, learning how to make the perfect traditional kubeh that the locals love. Served in broth with sides of rice, veggies, and hummus, you can enjoy cuisine from around the world at this local restaurant. Call them today at (646) 448-6688 or visit their website to make reservations or order online. If you’re looking for a way to lose weight and feel healthier, going vegan is an effective, long-term option. In fact, plant-based diets carry various benefits, including i...read more
4 Popular Forms of Kubeh

Made from ground meat, bulgur, and various vegetables and spices, kubeh is a dish that’s commonly found throughout the Middle East. It’s known by numerous names such as “kibbeh,”&nbs...read more
A Brief Introduction to Popular Israeli Foods

Influenced by various regions throughout the Middle East and Mediterranean, Israeli food is lauded for its simple use of fresh ingredients — including vegetables, fish, lam...read more
4 Reasons to Visit Kubeh for Happy Hour After a long day at the office, there’s no better way to wind down than a happy hour with colleagues or friends. Kubeh in New York, NY, is one of Manhattan’s best authentic Middle Ea...read more
Like us on Facebook
Follow us on Twitter
Review us on Yelp
Review us on Google