If you’re curious to learn more about Ireland, one of the best places to start is with the cuisine. If you’ve never had traditional Irish food before, Devil’s Advocate offers its patrons some delectable suggestions. Known for their wide selection of craft beer and a friendly atmosphere, the Minneapolis, MN, Irish pub is proud of its cultural roots, offering the following tasty morsels.

Rich and fulfilling, colcannon is essentially mashed potatoes with kale or cabbage. Some recipes include scallions, onions, chives, and leeks to add more nuance, as well as flavored butter. The dish is such a perennial classic there’s even a folk song for it! 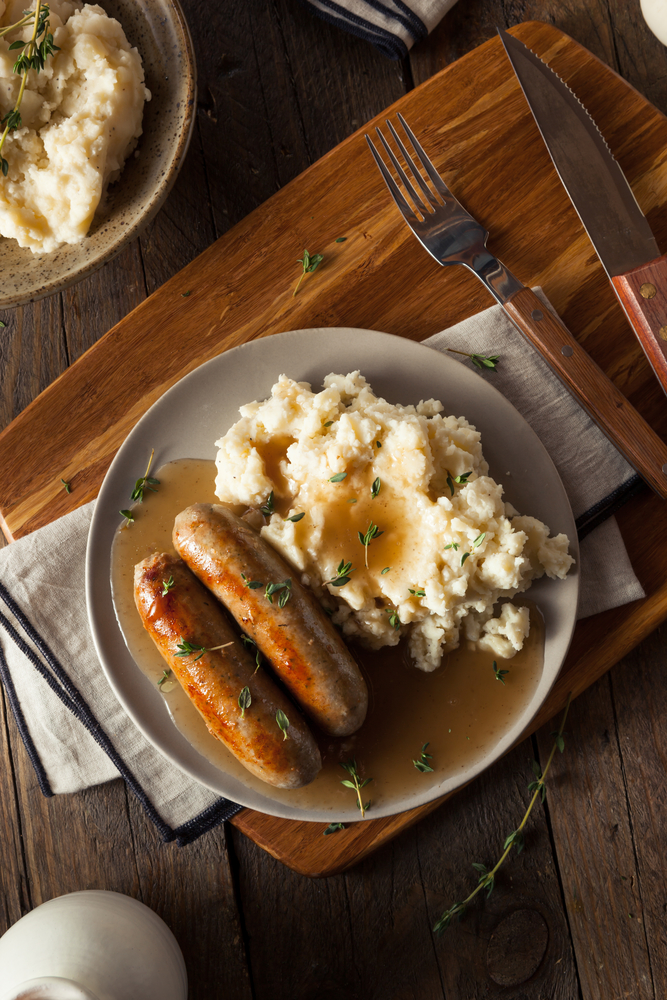 Known throughout the British Isles, bangers and mash is slang for sausage and mashed potatoes. It’s a popular dish offered in many Irish pubs. The term “bangers” is thought to come from the way sausages were made during World War I; due to rationing, excessive amounts of water were often added as filler, which caused the casings to explode later when cooked.

Quick and easy to make, soda bread is traditionally crafted from soft wheat flour, buttermilk, salt, and, as you may have guessed, baking soda. For added flavor, many modern recipes include a stout beer. Soda bread is versatile and can be served with marmalade, butter, or cheese for breakfast and brunch, or alongside a hearty stew during dinner.

If you’re wondering what type of stew traditionally goes with soda bread, it’s one that’s made with either lamb, mutton, or goat, and contains potatoes, onions, carrots, celery, and parsley. Other possible ingredients include barley, beer, and complementary herbs like rosemary and thyme.

As for dessert, try porter cake, which is often baked for celebrations like St. Patrick’s Day. Moist and dark in flavor, it gets its name from the porter beer mixed in. Because it’s a fruitcake, many recipes recommend you make it a day or two in advance so that the flavors mature.

If you’re in Minneapolis and want to experience traditional Irish foods, stop by Devil’s Advocate. The pub is warm and welcoming and offers delectable appetizers, hearty meals, and exquisite craft beers. To learn more about their menu, visit them online. If you’d like to reserve a table, call them today at (612) 333-2644.