Muay Thai is a combat sport employing dozens of specific techniques, which fighters must master, to become powerful and efficient. While some degree of being a great fighter relies on a person’s ability to put up a strong defense, the ability to win ultimately depends on a fighter’s offensive skills. There are a number of skills, all of which can be strengthened through ongoing training, which is critical to a fighter’s performance. As a leading MMA training center in Scarsdale, NY, 914 Training Center highlights the most important skills below.

Practiced fighters can immediately respond to any strike. Their quick trigger response is what leads them to excel in the ring, coming back with a stronger counter strike, even when their opponents have hit first. There are specific drills instructors use to train both beginners and advanced fighters on building speed.

When they are unable to block a hit, exceptional Muay Thai fighters don’t just catch a strike – they counter it. They’ll use their opponent’s momentum to their advantage in executing their next move. The momentum from an opponent’s kick can be used to drop them to the ground, for instance. 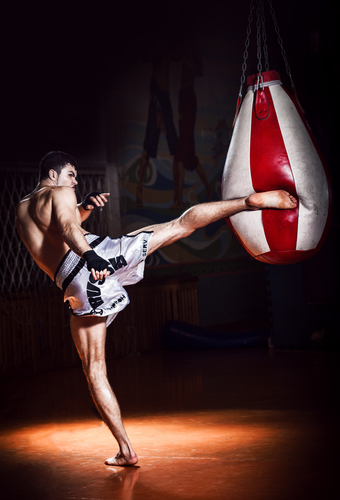 The ability to control the distance between themselves and their opponent is something a fighter learns over time. Ultimately, this particular skill is dictated by individual preference. While some fighters prefer to be at close range to their opponents, others perform better with added space.

A feint is a deceptive movement, which, when performed properly, can throw your opponent off. This creates the perfect opportunity to deliver a blow they weren’t expecting at all, thereby giving you the upper hand.

5. A Steady Flow of Strikes

Lastly, great fighters don’t stop once they get one good hit in; they keep going. This approach is what separates the ability to ultimately bring opponents down for the count from simply getting a few good hits in.

Whether you’re experienced in MMA training or you’re looking for a way to practice self-defense training, 914 Training Center has options available for all skill levels. As the area’s leading center for Muay Thai, their family-owned facility can help you build strength, agility, and self-defense skills. Learn more about their center by visiting the website, or call (914) 437-5353 to speak with one of their staff members.