There’s nothing better than getting ready for the big game with a hot plate of buffalo wings. Commonly ordered with celery, blue cheese or ranch dip, and an ice cold beer, it feels as if these saucy wings have been around for ages. In reality, they were invented only half a century ago. Buffalo Wild Wings® of Danbury, CT, delves into the historical background of this gameday grub.

The Creation of Buffalo Wings

Although there are several who claim to be the true creator of buffalo wings, there is one account that holds the most weight. A journalist by the name of Calvin Trillin went on a search for their origins in 1980. His journey brought him to a family-run restaurant in Buffalo, NY, called the Anchor Bar. Frank Bellissimo, one of the owners, recounted a shipment error in 1964 where the establishment received chicken wings, rather than the necks that were typically used for spaghetti sauce. Instead of wasting the wings, Frank asked his wife Teressa to cook up something new with them. She first cut them in half to form the flat, easier-to-eat form you’re familiar with. Then she deep fried them, coated them in hot sauce, and served them alongside the celery and blue cheese dressing she had on hand. 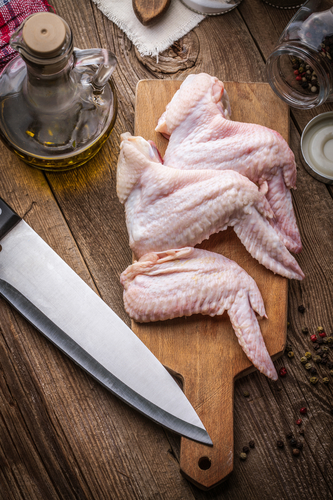 Dominick, Frank and Teressa’s son, told Trillin a different story. A group of Catholic patrons had come in one Friday, only partaking in fish and vegetables. Once midnight came around and they were able to expand their diet, Dom suggested his mother make them a meat snack for free. His account ended in the same fashion as his father’s. It is possible that Teressa cooked up this treat for the Catholic group after already creating it due to the shipment mistake. Regardless, Teressa seems to be the master chef of these tasty wings, and the true night of their creation will forever be a mystery.

The dish became immensely popular throughout the city of Buffalo and soon spread across the country. At the time they were becoming prevalent as appetizers at restaurants, sports bars recognized buffalo wings to be the perfect bar food. Sports fans could order the inexpensive, shareable meal that married well with a beer while watching their favorite teams. Known simply as chicken wings in Buffalo, and Buffalo wings everywhere else, this delicious dish has become a favorite of sports fans, wing enthusiasts, and bar regulars alike.

Bring your friends and family to Buffalo Wild Wings for the best wings in Danbury. With a wide assortment of fresh beer on tap and 16 signature buffalo wing sauces to choose from, this restaurant & bar is the top choice for gameday viewing. They’re committed to providing excellent customer service, high-quality beer, mouthwatering food, and a great atmosphere. For more information, call (203) 794-9453. You can learn more about their award-winning wings online.