An Interesting Look Into the History of Pizzerias February 1, 2018 With its existence being such an integral part of American culture, it’s hard to imagine a time where there wasn’t a pizzeria in every city. Many take pizza for granted now as an adapted American favorite, but most don’t know how it ended up on these shores. Denver Deep Dish in Colorado shares the intriguing backstory of the modern pizza joint.

The First of Its Kind

Unsurprisingly, the first pizzeria to show up in the United States was located in New York City. Gennaro Lombardi opened his pizza shop in 1905 in Manhattan. Immigrants had already been making their own pizza at home, but this was the first licensed seller. It remained a dish solely within the Italian community for decades, and Americans were unaware of its existence. 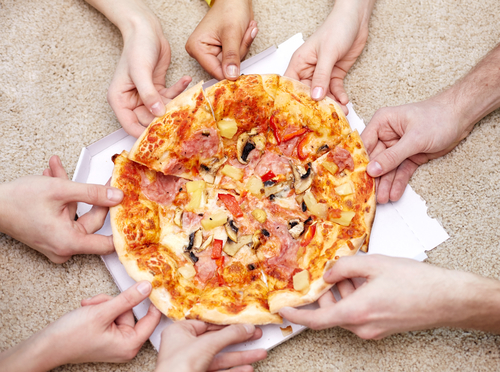 Pizza didn’t truly spread to the rest of the United States until after World War II. American soldiers returning home from Italy adored the dish and sought it out. With the boom of fast food soon after, pizza chains emerged and joined the ranks of hot dogs and hamburgers in the business of selling tasty food at a low price. Pizzerias were spreading across the country as fun, inexpensive treats. No longer being seen as “ethnic” food, pizza was instead a common part of American cuisine.

The proliferation of pizzerias across such an expansive nation naturally led to many areas putting their unique spin on things. Pizza enthusiasts will argue endlessly over which region makes the finest pies from New York’s Neapolitan-style to Chicago’s deepdish pizza. While no one can agree officially on the best regional pie, pizza is unquestionably the favorite Americanized Italian dish.

With so many variations to try, the U.S. has become any pizza-lover’s paradise. When you’re in the mood for authentic Chicago-style pizza, eat at Denver Deep Dish. These professional chefs will pile your pizzas high with all the delicious toppings you could want, including meatballs, smoked bacon, prosciutto, fresh cut herbs, and goat cheese. Dine in at the pizzeria for happy hour and trivia, or call (720) 619-3337 for carryout and delivery. Before ordering, you can check their full menu online. The best thing about pizza is its ability to be custom-made to suit everyone’s taste. Whether you need something without cheese, love veggies, or can’t get enough protein, there’s an...read more
3 Ways Deep-Dish Pizza Is Superior to Thin Crust If your go-to pizza order is a thin crust tomato pie, then you’re missing out on the rich, cheesy layers of a deep-dish pizza. If you’ve yet to dig into this delicious dish, hea...read more
Why Carryout Pizza Is Perfect for Families With Young Kids When you have young children, going out to eat can be a bit of a struggle. From unpredictable mood swings to constant apologies for making a mess, you never know how smoothly your ne...read more
Why Take Advantage of This Restaurant’s Craft Beer & Wing Special Can you imagine purchasing a full meal for under $10? It might seem a little difficult with today’s prices, but there’s one place in a Denver, CO, that makes it possible, and that’s ...read more
Like us on Facebook
Follow us on Twitter
Review us on Yelp
Review us on Google