Send a TweetShare on Facebook
Casters, Wheels and Industrial Handling To be a successful filmmaker, it’s important to have the backstage equipment essential to the production process. The camera dolly is one type of production tool that helps to create seamless motion in films or television. Casters, Wheels and Industrial Handling is the leading backstage equipment supplier in Farmingdale, and New York, NY. Their friendly staff is here to discuss a few of the advantages of using a camera dolly in movies.

4 Reasons to Use a Camera Dolly When Making Movies

When the camera is on the dolly, it can be used to create a unique zooming effect. The audience feels as though they are moving in on a scene or subject with the camera. This method is often used for extreme close-ups. It can also be used to move away from a scene or character and invoke a feeling of isolation. 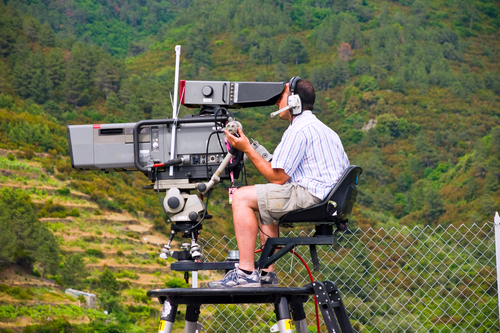 A tracking shot refers to any type of shot where the camera on the dolly is moving alongside the object. The dolly is placed on rails and then pushed alongside a track at the same pace as the recorded object’s speed. This type of shot is important in movies when the director wants to create a one-shot scene.

A dolly can also be used for slight movements at different perspectives with the aim of making a scene more interesting. Even with slight tilts, the dolly is essential, as it keeps the movement smooth.

In addition to horizontal movement, a dolly is also useful piece of backstage equipment for height adjustments and capturing scenes from high or low angles. These types of dollies are typically equipped with boom arms to keep the camera traveling on a straight line.

For your camera dolly to function at an optimal level, it must be equipped with the appropriate set of caster wheels. You can find heavy-duty casters and a wide range of additional backstage equipment at Casters, Wheels and Industrial Handling in Farmingdale, and New York, NY. Contact a sales associate today at (631) 650-0500 or visit the website for more information.

Share
Story
Other Announcements, Events and Deals from Casters, Wheels and Industrial Handling
3 Types of Brakes for Casters From shelving units to concert gear, casters are used to transport heavy loads with ease. To prevent the cargo from rolling away at any time, business owners rely on brakes to lock t...read more
How Office Furniture Casters Can Improve the Workplace Many professionals are familiar with the benefits of having office chairs on casters, as they help create a more mobile and comfortable work environment. However, many other pieces o...read more
A Guide to Different Caster Styles Both at home and in the workplace, being able to easily move heavy furniture and equipment is essential. This is where casters can help. These wheels transition stationary objec...read more
The Do’s & Don’ts of Caring for Stainless Steel Casters Casters on your carts or other equipment are vital for ease of movement, but once this wheel area needs maintenance, you will have trouble maneuvering when you need to. With reg...read more
5 Hand Truck & Dolly Safety Tips Hand trucks, dollies, and related equipment save time and labor so you don’t spend hours carrying individual boxes and oversized items from one location to another. While their benef...read more
Like us on Facebook
Follow us on Twitter
Review us on Google