If you're a homeowner, then one of your biggest fears is probably leaking pipes. Plumbing malfunctions are not only frustrating, but they can also cause significant, costly damage to your home because of excess moisture. The easiest way to avoid leaks is to reduce the amount of stress on your pipes, and luckily, you can achieve this by following a few simple tips and tricks.

One of the most common causes of leaks is burst pipes throughout the colder months. While residents of North Carolina often experience rather mild winters, there are occasional bouts of extreme temperature drops, especially during La Niña winters. Next time the forecast is calling for a 'Bomb Cyclone' on the east coast, try to reduce the stress on your plumbing system by raising your thermostat a few degrees, opening cabinet doors under sinks, and leaving your faucet dripping. 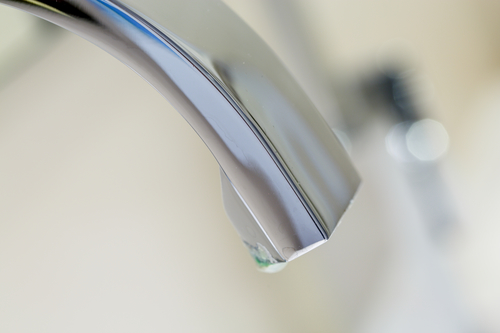 Another serious plumbing problem is mineral buildup as a result of hard water. The same greenish-blue crust that forms around faucets and shower heads can also occur within your pipes and create a disruptive blockage. This situation limits the amount of space that liquid can pass through, and as it becomes worse, it can result in burst pipes or serious backups. Schedule regular water testing to identify any contaminants, and if minerals like calcium are present, you should invest in a water softener system.

The same pressure-causing blockages that occur with mineral buildup also happens with other types of clogs. Grease is one of the biggest culprits for creating plumbing problems because it sticks to pipes in curves and collects other food and waste items until the whole system is blocked. Fortunately, you can avoid such issues by never disposing of grease or oil down the drain and by adding drain covers to catch food and hair.

Your water pressure is another area of concern when it comes to pipe pressure. While a high-pressure stream may feel great in the shower, the power at which the water is pushed through the pipes increases your chance of a leak. Most homeowners have no idea what their pressure level is for their system, but your plumber can easily identify it and reduce it upon request.

Keep your pipes in good health by turning to the professionals at Killingsworth Environmental Home Services for expert services. For over 20 years, the locally owned and operated business has proudly provided high-quality service at affordable prices to the Greater Charlotte, NC, area. From heating and cooling to plumbing and water filtration, the team is ready to tackle your home's needs today. Schedule an appointment by calling (704) 563-8787 or through their website.

Share
Story
Other Announcements, Events and Deals from Killingsworth Environmental Home Services
Why You Should Schedule Regular Furnace Maintenance Homeowners know how important it is to maintain the furnace. Without regular inspections and basic maintenance, small problems may go undiscovered and lead to bigger problems. That’s...read more
4 Indoor Air Quality Tips From Charlotte’s Heating Experts One of life’s most underrated luxuries is the feel of great shower pressure. Not only does it make for a more comfortable shower, but it also allows you to rinse faster and get on wi...read more
Is It Time to Replace Your Old Heating System? If well-maintained, a furnace can last between 15 to 20 years. If your furnace is getting up there in age, you may be wondering if it’s time to start shopping for a new one. The olde...read more
Like us on Facebook
Follow us on Twitter
Review us on Yelp