Lovers of Japanese food will be familiar with the popular bento dish. This traditional menu option contains a variety of delicacies, usually including rice, a protein source, and vegetables. Served in a compartmentalized tray, the bento is one of Asia’s most recognizable culinary creations. Kawamoto Store in Hilo, Hawaii serves an eclectic selection of Chinese, Filipino, and Japanese recipes. Below, they share the history of one of their most popular items.

History of the Bento 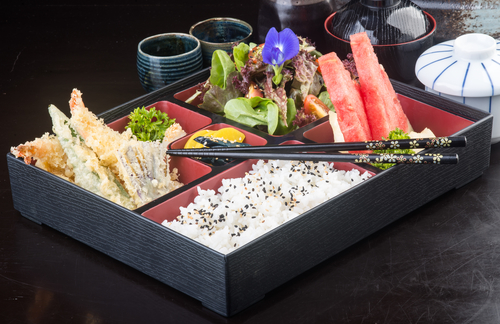 Translated as “convenience,” bento began as an easy way for workers to transport their lunch in Japan in the 1100’s. Early ingredients of the dish were simple. Cooked and dried rice could be reconstituted with warm water to make a meal at any time.

During the 17th and 18th centuries, this idea evolved into a version of what we think of today when we think of bento. It was during this time that the recognizable wooden boxes were designed. The contents of the box became more varied and were enjoyed by travelers and theater-goers, as well as students and workers.

By the 20th century, bento had become a staple in Japanese culture and began to spread to other countries. It can now be found in stores and restaurants around the world. The wooden box has evolved to include version made from other materials and is still a popular way to enjoy a meal on the go. The customizability of the ingredients in the dish allows for creativity in the kitchen.

Now that you know a bit more about the history of bento, plan your next meal with  Kawamoto Store in Hilo, Hawaii. Serving the Big Island for over 70 years, the restaurant is a hot spot for both locals and tourists. They even cater parties and special events. To learn more about their menu, hours, and location, visit them online or call (808) 935-8209.