If you love authentic Mexican food, then Taco Tuesday is probably one of your favorite days of the week. Founded in the 1980s, Taco Tuesday has since become a widespread sensation, celebrated in Mexican restaurants across the nation. Continue reading to learn more about the fascinating history of Taco Tuesday, courtesy of Fonda La Paloma in Milford, CT. 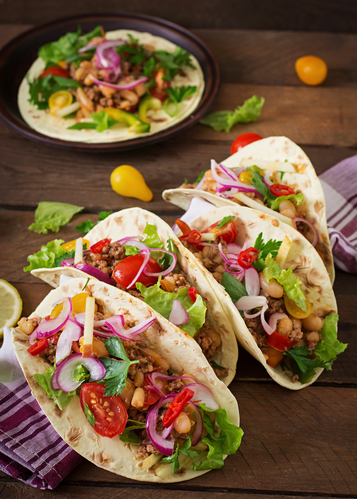 Taco Tuesday has a more complicated history than you may have suspected, and its origin story tends to differ, depending on the source. Some say the phenomenon was started in the early 80s by a locally owned business in Minnesota, while others attribute the beginnings of Taco Tuesday to a string of taquerias throughout Southern California. Regardless of the birth of the concept, Taco’s John’s of Cheyenne, Wyoming, caught wind of the Taco Tuesday trend and decided to coin the phrase in 1989. This effort to boost sales became an overnight success, causing several other Mexican restaurants around the country to co-opt the idea of devoting Tuesdays to discount tacos. Naturally, legal issues resulted.

At first, Taco John’s attempted to fight other restaurants over their use of the term “Taco Tuesday” in the court of law. However, the court of public opinion felt differently, as people plead that the company loosen their hold on the phrase. Eventually, Taco John’s decided to cease their legal battles over the Taco Tuesday trademark. Thanks to the democratization of Taco Tuesday, hungry Mexican food lovers nationwide are able to enjoy unbeatable prices on delicious tacos every week. Many Mexican restaurants also include specials on margaritas to go along with their Taco Tuesday deals, making this day of the week even more highly anticipated and widely beloved.

The next time you have a craving for fajitas, tacos, or another Mexican food favorite, head to Fonda La Paloma. Give this restaurant a call at (203) 693-2924 to speak with a receptionist about making a reservation for your family. Don’t forget to visit them online to view their complete menu and find out more information. It is not news that alcohol generally makes people more relaxed, social, and willing to share. Libations are a given in most social situations, and new evidence from the University o...read more
4 Ways to Enjoy Healthy Mexican Food