The arachnids are one of the most uniformly unnerving classes of insects in the animal kingdom—at their most tolerable, the daddy long legs, and at their worst, spiders, scorpions, and ticks. We’re right to think they’re off-putting, and not just because they bite. Ticks manage to find us in the strangest places and stick around for days. With the proper tick control, you can avoid falling prey to one of these tick abilities. 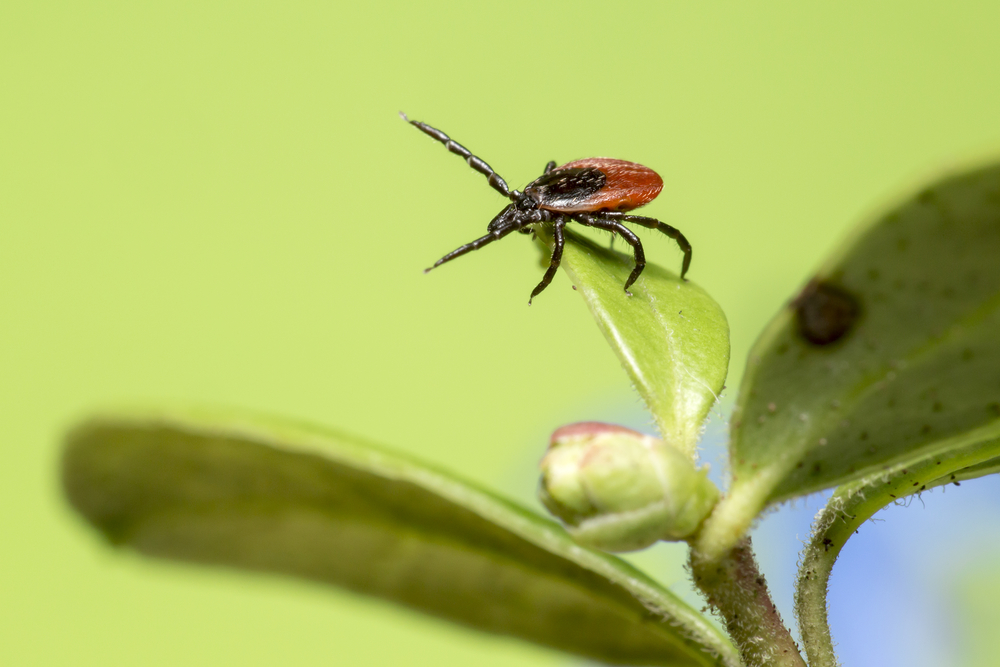 like to think that, if an insect bit you, you’d know. That’s not the case for ticks because they inject their hosts with a numbing neurotoxin, keeping them unaware of the bloodsucking. Scientists haven’t been able to identify exactly which neurotoxin ticks use, but we do know that prolonged exposure can lead to a condition known as tick paralysis. As the neurotoxin builds up in the bloodstream, it can cause neurological damage leading to paralysis, respiratory failure, and even death. Keep your property tick controlled and check yourself for bites, though, and you should be safe.

The idea that ticks jump onto you from trees is just a myth—but it’s on the right track. Ticks enter an instinctive state called “questing,” in which they hang off the edge of leaves, grasses, and shrubs, dropping when a suitable host brushes against or walks beneath them. They then latch onto their target and begin feeding. It’s a pretty clever attack, for a creature without a brain. Luckily, pest control companies have found out which chemicals are effective for tick control. Spray a leaf with permethrin, and you can be sure ticks will be jumping off.

Hard-shelled ticks come prepared for their work. They’re difficult to remove because they secrete something called cementum. It helps their feeding tubes anchor into the host—it’s so strong that pulling off a tick by its torso may result in the body simply ripping off from the head. Tick control is merciful to both parties, by comparison.

Ticks are difficult to remove, hard to detect, and easy to pick up. Humans derive no benefit from sharing their habitat with them—and they don’t have to. Regular application of tick control can drive them off your yard for good.

Mosquito Shield of South Shore, Cape Cod & South Coast uses a three-prong mosquito and tick control system that kills ticks, covers the factors that attract them to humans, and applies a repellent coating to your property to make sure they don’t come back. Say goodbye to ticks by calling the area’s leading tick control company at (781) 424-5697 or by visiting their website. Ticks gain their evolutionary advantage through dishonorable means such as sucking blood, using nerve agents on their hosts, and spreading disease. Humans, on the other hand, use kno...read more
3 Facts That Can Help You Stay Safe from the Powassan Virus Since the Powassan virus’s first American case in 2006, Massachusetts has recorded 13 infections. The virus is gaining momentum nationwide, rising from six new infections in 2015 to ...read more
3 Things Most People Don’t Know about Mosquitoes Forget scurrying cockroaches and spiders with too many eyes: the insect we should worry about is mosquitoes. There’s a reason the demand for mosquito control is strong enough to...read more
4 Tick Control Products for Dogs Dogs love rolling in the grass, jumping in leaves, and don’t usually wear high socks. They get ticks so often there are species of the little bug named for them — including the dog t...read more
Like us on Facebook
Follow us on Twitter
Review us on Yelp