Send a TweetShare on Facebook
Flag Floors of Barnesville Vinyl flooring remains a mainstay in the flooring industry due to its low cost, durability, and low maintenance needs. It is also renowned for easy, virtually painless installation as well as seemingly-endless style options. The evolution of vinyl flooring is quite intriguing and begins in the 19th century.

What Is the Evolution of Vinyl Flooring?

Vinyl was an accidental discovery by German chemist Eugene Baumann in 1872. He was experimenting with vinyl chloride — a type of gas — which he combined with other substances to create something solid. The result was polyvinyl chloride — or PVC — which was not patented until 1913 by German inventor Friedrich Klatte. He was the first inventor to obtain a patent for PVC. 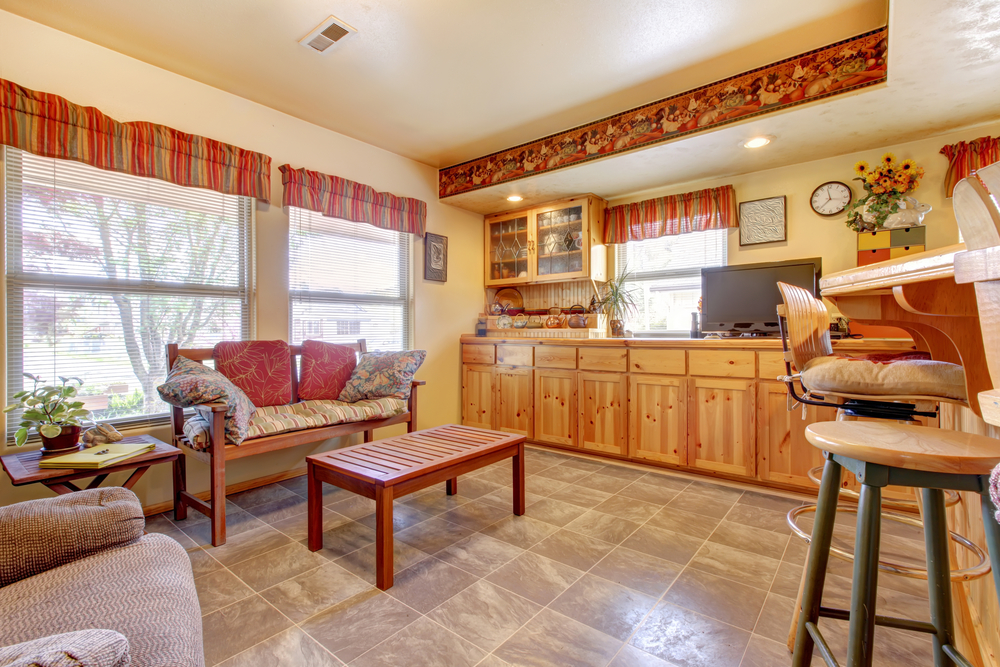 In 1926 American inventor Dr. Waldo Semon created a more useful PVC product while working for the the B.F. Goodrich Company. After a few near-explosions, he dehydrohalogenated polyvinyl chloride in boiling solvent to create an unsaturated polymer that made bonding rubber with metal possible. The result was vinyl.

Vinyl was initially used for shock absorption in synthetic tire manufacturing as well as wire insulation during World War II. Vinyl was also presented at the “A Century of Progress” Exposition in Chicago, IL, in 1933 to promote its versatility and many uses; however, it was not until the 1940s that vinyl became a popular flooring option.

The Second Most-Produced Plastic on the Planet

Vinyl flooring was a top residential choice after World War II when soldiers were coming home and buying property. It was also utilized in large commercial and institutional spaces thanks to its low maintenance, affordability, and resilience. It remains the second most-produced plastic on the planet with various applications, including raincoats, shower curtains, and surface coatings in addition to flooring.

Flag Floors of Barnesville proudly provides Ohio residents with a wide range of commercial and residential flooring possibilities, including vinyl, ceramic tiles, and carpet. This premier company also specializes in custom cabinets, windows, and Liberty® safes for your comfort and convenience. Call (740) 425-3344 with any questions or visit the website for more information. Like the business on Facebook for the latest news and tips.