Sangria: The History Behind This Famous Drink August 31, 2017

Sangria is well-known for being one of the most refreshing summertime drinks and has won popularity thanks to its bright, fruity flavors and zesty aroma. While no one questions the appeal of this delicious wine mixture, few are aware of its long and storied history. Well before it evolved into the delightful adult beverage enjoyed at many of today’s restaurants, this historic drink had already cemented its place in culinary history.

Before you sip your next glass of sangria, you might be interested in knowing the origins of this delicious concoction.

During ancient times when water quality was uncertain and variable, mixing drinks with a touch of alcohol was a popular way to remove unsafe bacteria. For this reason, early Greeks and Romans often drank watered-down wine, and frequently mixed in sugar, spices, and fruit to improve the taste. Known as “hippocras,” this early beverage is thought to be a predecessor to both sangria and mulled wine. 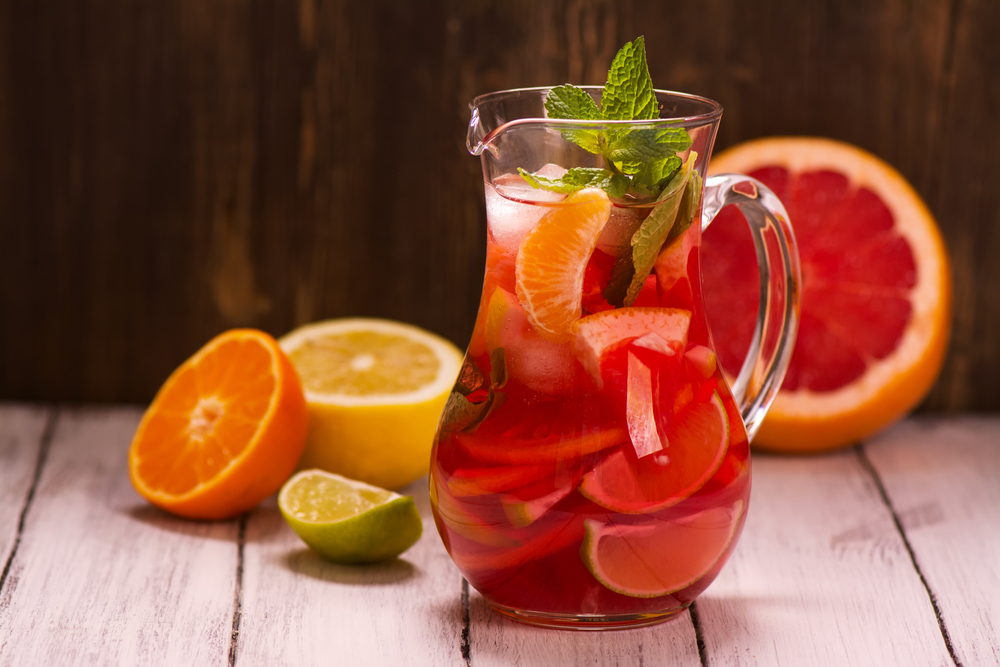 While part of the Roman Empire, the people who lived in what is now modern-day Spain began planting vineyards across the countryside and developing different types of wine. The ancient tradition of creating wine punches by adding spices and fruits continued, and a new type of wine mixture was developed using Spanish grapes. This drink was dubbed “sangria” after the Latin word for blood due to its red color. Over time, unique variations developed, though most traditional recipes still feature Spanish Tempranillo and red wines from the Rioja region combined with citrus fruits.

Though it originated in Spain, sangria’s popularity soon spread across Europe. During the 18th and 19th centuries, vintners in England and France began making sangria drinks using French-grown grapes. White sangrias, sparkling sangrias, and even a variation made with peaches known as “ zurra” developed as the drink’s popularity spread.

Though the Spanish introduced sangria to Central and South America during the colonial period, it didn’t achieve mass popularity in the U.S. until the 20th century. Sangria was formally introduced to the United States at the 1964 World’s Fair in New York City. There, the pavilion sponsored by Spain served sangria drinks to attendees, and American patrons quickly became enamored with the tasty drink. Today, sangria is still a crowd favorite and shows up on the menus of restaurants throughout the U.S.

If you’re looking for the perfect place to enjoy a refreshing glass of sangria, visit Fonda La Paloma in Milford, CT. Since it first opened in 1968, this family-owned business has been the area’s favorite Mexican restaurant and entertainment venue. Offering an extensive selection of drinks, authentic Mexican specialties, and live music, they’re dedicated to delivering a relaxing and fun dining experience. Visit their website to view their full menu, or follow them on Facebook for the latest restaurant news and events. To make a reservation, call (203) 693-2924 today. It is not news that alcohol generally makes people more relaxed, social, and willing to share. Libations are a given in most social situations, and new evidence from the University o...read more
The History & Origins of Taco Tuesday

If you love authentic Mexican food, then Taco Tuesday is probably one of your favorite days of the week. Founded in the 1980s, Taco Tuesday has since become a widespread sensation, c...read more
4 Ways to Enjoy Healthy Mexican Food