Try Your Hand at Multiplayer Games at the Origins Game Fair June 13, 2017 If you’re looking for a chance to try some of the most innovative new multiplayer games, join Aurora, CO, developer Mr. B Games at the Origins Game Fair in Columbus, OH. The fair will take place at the Greater Columbus Convention Center from June 14th through the 18th, and the team will be onsite from the 15th to the 17th. They’ll be hosting tournaments where fair attendees can try some of their most popular multiplayer games and win a copy to take home. Here’s what you can look forward to at this thrilling festival. 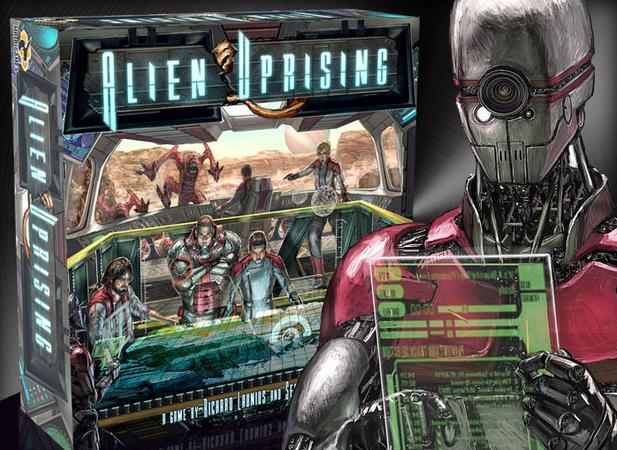 At 11 a.m. on each of these days, you can play "Alien Uprising: Zothren Invasion." In this cooperative board game, players draw cards to build a robot-like suit of armor and pilot it to defeat the hordes of invading Zothren “bugs,” all while interfering with other robots. The winner gets to keep the game!

At noon, you can test the company’s popular strategy game "Spurs," which shows players the Old West like never before. It’s a sandbox-type, open-ended adventure where you can rob banks, round up cattle, dig for gold, and hunt outlaws and animals. As with the “Alien Uprising” tournament, the winner gets their own copy.

At 1 p.m., fair attendees can participate in the Liars Dice Tournament. Players can shake, rattle, roll, and bluff their way to victory in this fast-paced dice game by Richard Borg.

The final multiplayer game at 2 p.m. is “Madness at Midnight,” which involves two to four players controlling a band of cultists, using them to fulfill plots, hold dark ceremonies, and take over locations in Arkham. The winner gets to take a copy home!

This day’s schedule is slightly different, as it involves three sessions instead of four. At 11 a.m., visitors have another chance to play “Alien Uprising: Zothren Invasion.” If you’re interested in revisiting the Old West and playing “Spurs” again, stop by at noon. The final game, Liars Dice Tournament, will take place at 8 p.m.

For more information about the Origins Game Fair, visit their website. You can learn more about Mr. B Games’ current multiplayer game titles online. Follow the company on Facebook and Twitter for more exciting event announcements.