The Origin of Egg Rolls: Surprising History of a Chinese Takeout Favorite April 27, 2017 Today, no Chinese delivery order would be complete without the addition of the classic fried appetizer: the egg roll. But while this dish may be a staple of traditional Chinese food in America, you may be surprised to learn that the egg roll didn’t come to be in China and isn’t even a century old. In fact, Peking Wok, Anchorage’s best Chinese takeout cuisine, explains how the fried food’s birthplace is much closer to home.

The traditional egg roll features an assortment of meats and veggies packed into crispy, flaky fried flatbread; it’s an excellent finger food, perfect for dipping into all types of Chinese sauces. The appetizer is similar to the spring roll, a smaller fried pastry featuring similar fillings within fried rice paper. And while the spring roll has origins in historic China, the egg roll, as we know it today, didn’t surface until about 1930 in America. 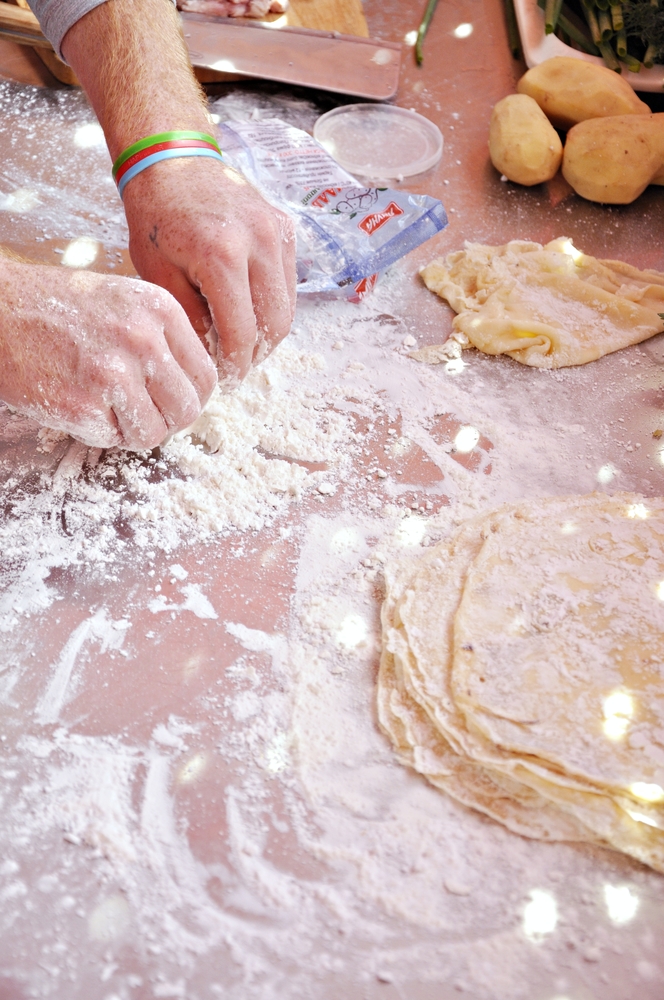 In 1930s New York, chef Henry Low made his claim to fame as one of the first people to publish a recipe for a fried savory roll, which would later become commonplace in Chinese takeout throughout the country. The original recipe, featured in Low’s book Cook at Home in Chinese, wrapped up a combination of pork, shrimp, scallions, bamboo shoots, and seasonings in fried flour flat bread. In the decades to follow, Chinese restaurants would popularize the snack to diners all across the United States.

Nearly 90 years later, Americans are still chowing down on this classic culinary treat. While the original composition of the egg roll hasn’t changed much, the types of filling options have expanded to cater to the tastes of diverse crowds. More traditional versions include roast pork, chicken, or shrimp with shredded cabbage, carrots, and bean sprouts. Other options include vegetarian or beef options. Inventive chefs have even crafted egg rolls inspired by bacon cheeseburgers, as well as apple pie.

If unwrapping the unique history of the Chinese-American egg roll has sparked your appetite, Peking Wok offers some of the most exceptional takeout in Alaska. With a Chinese menu featuring traditional Chinese food, appetizers, fried rice, soups, and Szechwan cooking, you’ll find something for the whole family at affordable prices. To place an order for Chinese takeout or delivery in Anchorage, AK, call the restaurant at (907) 248-1648.

Share
Story
Other Announcements, Events and Deals from Peking Wok
The Legend of Dumplings Becoming a Traditional Chinese Food Dumplings, also known as potstickers or “jiaozi,” are a common dish found in Chinese restaurants around the globe. They consist of meat and vegetable fillings, which are wrapped...read more
The Top 3 Vegetarian Options in Chinese Cuisine As a vegetarian, you may be used to choosing from limited selections or ruling out certain restaurants altogether. Luckily, if you enjoy Chinese cuisine, you don’t have to. In Anchor...read more
4 Specials Occasions to Eat at a Chinese Restaurant There are many experiences in life that call for celebration. Taking the family to eat at a Chinese restaurant is the perfect way to commemorate special occasions. Peking Wok is Anch...read more
3 Chinese Cuisine Options to Enjoy When You're on a Diet When you’re on a diet, it can be tough to find the right food to eat at restaurants. If your family wants to order delivery or go out, try Chinese cuisine for a light,...read more
3 Ways to Enhance Your Chinese Restaurant Experience By Observing Proper Etiquette With its complex flavors, vibrant sauces, and contrasting textures, Chinese cuisine offers a reprieve from more muted Western restaurants. However, food is just the tip of this ...read more
Like us on Facebook
Review us on Yelp