How Hawaiian Surf Culture Differs From the Mainland March 10, 2017

Surfing was invented by ancient Polynesian civilizations and considered a vital part of their culture. It was first described by Joseph Banks, a sailor aboard Captain James Cook’s ship the HMS Endeavor in 1769. The sport became a mainland sensation when Irish-American surfer George Freeth moved from Waikiki, HI, to Southern California in the early 1900s. The lifeguard dispelled the myth that only native Hawaiians could surf and helped establish surfing as a popular activity along the California coastline. However, some differences still exist in surf culture in Hawaii and the mainland.

Surfing has deep spiritual and cultural roots. It represents the primal connection Hawaiians have with the natural world and their belief in the ocean’s persona. Surfing was used by ancient Hawaiians to keep their chiefs in peak physical shape and resolve conflicts. Surf competitions were also held. However, Cook’s arrival nearly destroyed Hawaiian culture, surf or otherwise, as the famous captain was the first of many traders, explorers, missionaries, and settlers who descended upon the island chain. 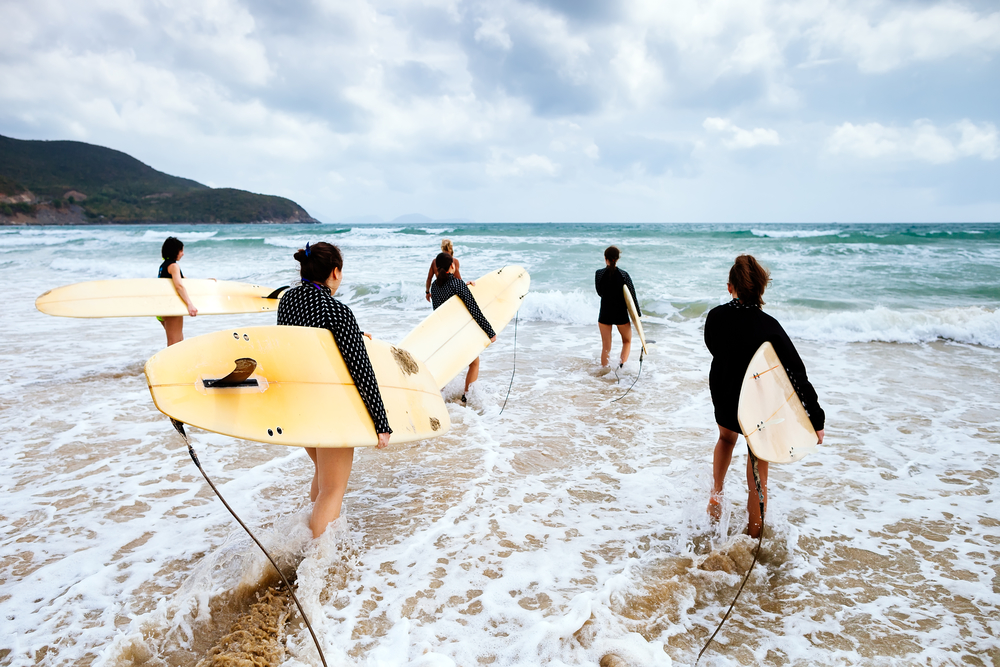 Surfers such as Freeth and Duke Kahanamoku helped revive surfing in Hawaii while also bringing the sport to California and Australia. As surfing gained a foothold on the mainland, new innovations kept it alive in Hawaii, such as lighter surfboards that were easier to maneuver. Surfing remains an important part of Hawaiian culture today, as the islands feature some of the biggest and most challenging waves in the world. The spiritual element still survives as well, though it is arguably more personal than ritualistic in nature.

As surfing gained popularity up and down the California coast, movies, television series, and music celebrating the sport also became popular. Colonies of nomadic surfers created camps on California beaches in the 1950s and early ‘60s. “Valleyspeak” that included words such as “tubular,” “gnarly,” and “dude” became synonymous with surfers who never seemed to change out of their board shorts and bikinis. The commercialism of mainland surf culture is perhaps greater than what is seen in Hawaii; however, many mainland surfers note the spiritual element of riding waves.

If you want to embrace surf culture, stop by GreenRoom Gallery Waikiki. The Honolulu art gallery is dedicated to displaying amazing surf art in a wide variety of mediums. Call (808) 377-6766 to learn about what’s on display, or visit the art gallery online to shop for art. Like them on Facebook for the latest news and updates.