Send a TweetShare on Facebook
Penny and the Puppettes

The History of Puppets From NY's Best Puppet Show March 1, 2017 In today’s tech-savvy environment, kids have easy access to digital entertainment, from television programs to video games. That being said, there’s nothing more creatively stimulating or exciting than classic forms of child entertainment, like puppets! That’s why parents throughout New York, NY, turn to Penny and the Puppettes. Known for providing top-notch entertainment at private parties and public events, these puppeteers spread laughter and amusement through interactive puppet shows.

Here’s a breakdown on the history of puppets from NY’s favorite source for puppet shows.

Puppets can come in various shapes and sizes, often composed of a combination of wood and other mixed materials and fabrics. While determining the exact birthplace of puppets is debatable, many believe puppets were first created in India around 1,000 B.C. Historians and archeologists have discovered rudimentary puppets from this era composed simply out of sticks. Over time, puppets evolved into complex art pieces with limbs and mouths that could move individually, expressing deeper emotions. With the development of complex puppets, puppet shows also became increasingly more intricate and varied in scope from region to region. 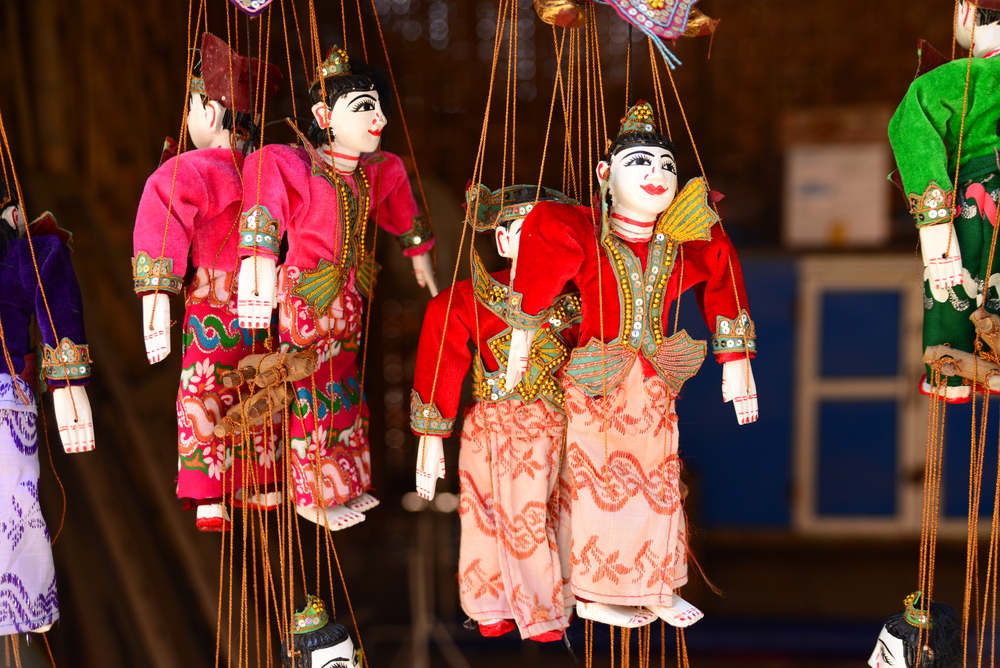 Throughout the last several centuries, puppets have been utilized as a unique way to tell captivating stories, complete rituals, and perform plays. In Japan, for example, puppets were often used to replace human actors in stage plays. During medieval times, puppets were used in Italy for religious morality plays. Decades later, Shakespearean plays were performed in England solely with puppets so the viewer could stay focused on the words of the show without distraction.

Nowadays, finger puppets, sock puppets, string puppets, and rod puppets on shows like Sesame Street, are still a popular form of entertainment for audiences of all ages. Puppets remain an excellent way to help children express their emotions and to present fun, challenging or moral concepts. Experimentation with puppets continues in modern times as well, with innovative musicals like Avenue Q—geared towards adults but performed entirely with puppets—garnering rave reviews.

If you live in the New York City area, and you’re looking for interactive live entertainment perfect for a child’s birthday party and other private parties, call Penny and the Puppettes today at (917) 474-9364 to speak with a member of their team about pricing and availability. To find out more about their kid-friendly puppets and unique puppet shows, check out their website.