Pearl Harbor’s Hangar 79 housed fighters, bombers, and patrol planes during World War II and was used for maintenance and repair of aircraft on their way to the front lines. Today, Hangar 79 displays the MiG Alley Korean War Exhibit as part of Hawaii’s Pacific Aviation Museum Pearl Harbor. But bullet holes made by Japanese strafing guns still mark the blue glass windows of the hangar doors, providing a visceral reminder of Hangar 79’s past.

Hangar 79 is a pivotal Word War II attraction, where America’s involvement in the devastating conflict began. This seaplane hangar and nearby Hangar 37 survived the Dec. 7, 1941, attack. Now, as part of Pacific Aviation Museum Pearl Harbor, Hangar 79 showcases everything from contemporary jets to older helicopters — products of an aviation history that have deep roots in the aftermath of the 1941 bombing. America responded to it by mobilizing for war and manufacturing planes. 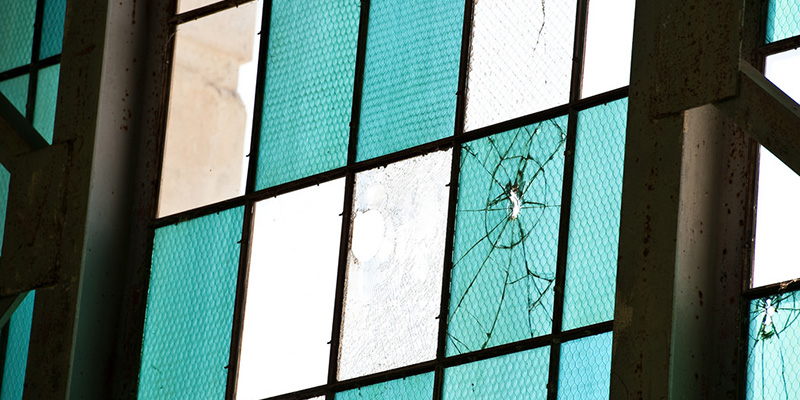 Visitors to the Pacific Aviation Museum Pearl Harbor, located on historic Ford Island, begin their museum experience in Hangar 37 by viewing a short film about the attack on Pearl Harbor that features historical footage of the catastrophic event. Museum visitors learn what life was like in the Hawaiian islands before and after the attack. You can view Japanese and American planes that were used that day and learn about the subsequent battles in 1942, such as the Doolittle Raid and Battle of Midway.

By the time you proceed to Hangar 79, you will better understand the impact Pearl Harbor had on American aviation history. There you can view more modern aircraft from the Korean War, Vietnam War, and Cold War with a deeper appreciation of aviation.

Visiting Pearl Harbor is an essential and eye-opening part of any trip to Oahu, and Hangar 37 and Hangar 79 are World War II attractions that serve as poignant reminders of America’s aviation history. If you are planning a Pearl Harbor tour and would like to buy tickets for Pacific Aviation Museum Pearl Harbor, visit their website or call (808) 441-1000. There are many historic and STEM-based ways to entertain your children beyond school. If you’re looking for a program that’s as fun as it is educational, consider enrolling your chil...read more
More Honolulu Museums
Pacific Aviation Museum Pearl Harbor's Combat Flight Simulators Educate & Excite Hangar 37 on historic Ford Island in Honolulu, HI, is notable not only for its present but its past. Now home to part of the collection of Pacific Aviation Museum Pearl Harbor, it’s ...read more
More Honolulu Museums
Like us on Facebook
Follow us on Twitter
Review us on Yelp